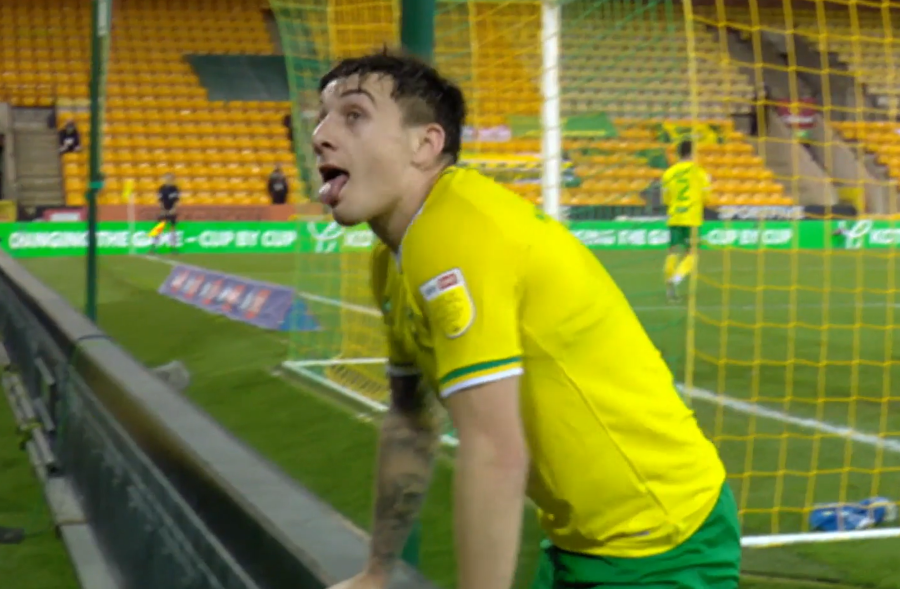 It’s hard to find a new set of words to describe that one, just as it’s difficult to keep a lid on the expectation levels floating around in the wide-open spaces of my head.

In his MFW match report, James Colman used ‘boa constrictor’, ‘an irresistible force’ and ‘remorseless’ in his appraisal of City’s performance last night; each one a perfect representation of what has to be their best all-round performance of the season.

No weak links; no bad days at the office; just supreme confidence in the system, the personnel within the system, and the ability of each individual within it to deliver.

At this juncture, I’ll normally drone on a bit about the good points, drop in a few not-so-good ones to offer a semblance of balance, and maybe pick out a couple of notable performances of both extremes, but to try that approach after last night seems futile. So in a break with tradition, the whole damn lot are getting name-checked…

Krul: Not one of Tim’s most taxing days which was ideal given it was his first day back after suffering from you-know-what. Daniel Barden has been outstanding, no question, but the return of Krul’s soothing, calming presence added another layer to what was already a rock-solid defensive unit. (Can’t believe I’ve just written that). While he had not a single worthwhile save to make, his footwork was up to its usual high standard and the fact he is back and looking well was a boost in itself.

Aarons: The usual. Tenacious in defence on the odd occasion it was needed and outstanding, as ever, in the attacking third. The clean pair heels that he afforded Nahki Wells in the lead-up to the second goal were of the kind normally used by old school jinking wingers. But it wasn’t just Wells he had on toast. Dean Holden’s plan of playing a tight, compact, narrow four across his midfield only served to open up huge, gaping channels for Max and Lungi to operate in. As a younger man, I marvelled at the way the Brazilians used full-backs as extra attacking options whose first thought was to join in and how they became key figures in the team. Now we have one of our own.

Hanley: What a man. Chris Martin did his best to ruffle as many feathers as he could on the night but he picked on the wrong man when trying to use that lard arse on Grant. Big ol’ lumps of Dumfries granite don’t tend to yield to Beccles lip and there was only ever going to be one winner. The fields of Colney have been good for Hanley who is now infinitely more comfortable on the ball than when he arrived, as typified by that confident burst from defence that started the move for goal number two in Cardiff. He’s a leader, one you’d want alongside you in the trenches and, above all, he’s fit.

Gibson: That he couldn’t find a starting berth at Burnley says everything about the qualities Sean Dyche looks for in a player. Gibson’s ability to break the lines with those rapier-like passes had no place in Dyche-ball but have added another dimension to Daniel Farke’s rather more pleasant version of the game. He also adds a pleasing balance to the back four with that left foot; one that enables him to hit a range of passing unbefitting of your average Championship centre-back. He’s not your average Championship centre-back. He was as steady as a rock last night and was unmoved by any Beccles banter.

Sorensen: His best game in a City shirt by some way, helped in no small part by Holden’s plan to leave him with the whole of the left flank all to himself. It was the Dane’s footballing intelligence that enabled him to function in a position that was alien to him in the first place, and it’s now that same intelligence and sound footballing technique that’s turned him into a good left-back. The plan of opposition managers to try and expose him has ultimately failed and last night he was able to offer a similar level of threat to Max. It was good to see him have the confidence to use his left foot and occasionally go outside Jack Hunt.

Skipp: Just gets better. For one so young and relatively inexperienced his decision-making is exemplary and, along with Gibson, is why we have a defence that’s worthy of the name. It’s obvious why Jose Mourinho rates him so highly and sees him a Harry Winks plus of the future, and so we should make the most of every minute that we have him. He showed last night an athleticism that’s not always been needed, when getting the odd toe in to prevent a rare Brizzle incursion. Fair play to Stuart Webber for identifying the effect Skipp could have on this unit. I’m going to be picky though and say he could always chip in with the odd goal. I’m sure it’s coming.

McLean: Another outstanding performance in a run of several. Whether as a deep-lying defensive midfielder or an 8 or a 10, the Mayor is delivering right now, and it would have been fitting if that first-half left-foot zinger has nestled in Daniel Bentley’s top corner. He and Skipp have found a way of dovetailing when before they looked to occupy those same areas and he’s one who is always looking to make something happen in the final third. The Beast from Beccles had as much joy in rattling the Rutherglen Raider as he did our man from Dumfries, so he gave up. The Mayor has returned to first-name-on-the-teamsheet territory.

Cantwell: Another fine evening to go with a fine Saturday afternoon. The Todd (I refuse to call him ‘Toddy’ as the cool guys do) of January 2021 is a far cry from the September 2020 version. Committed, motivated, and an integral part of the group, this is the Todd we’ve all been waiting for. His clipped cross for Jordan Hugill’s first goal was footballing perfection but it was his all-round contribution, both with and without the ball, that made this one of his best games of the season. His ability to interchange with Vrancic and Buendia makes us so difficult to play against and is a key component in us being able to break down opponents at Carrow Road whose sole intention is to defend. Todd was the only one to react to the Beccles Bruiser’s banter, but we’ll let him off.

Vrancic: Shut your eyes, think of Farkeball, and what do you see? Well, I see Mario, ball at his feet, head up, his brain computing in a split second the best option, and him delivering an inch-perfect, beautifully weighted pass. While he may not be the quickest or the strongest, that footballing brain makes him the perfect exponent of Daniel Farke’s take on the beautiful game. He’s not a natural 10 and I suspect a fit Kieran Dowell will reclaim the role he was bought to fulfil but such is Vrancic’s exquisite technique he’s able to make any midfield berth his own when called upon. All that’s been missing of late, and was missing again last night, is a much-deserved goal. It’s only a matter of time.

Buendia: Was brilliant again last night but such has been his brilliance of late it was just another day at the office for Emi. In addition to his obvious quality with the ball, his work-rate and hunger without it sets him apart from many who have been blessed with a natural talent for the game. The flicks and tricks are just all part and parcel of Emi being Emi and occur so regularly they’re no longer even noteworthy – that’s how good he is. It’s hard to judge when he’s still the occupant of a yellow shirt, but in the future, we’ll look back on possibly the best player ever to wear the yellow and green. The Beccles Brooder had a dabble but it was wasted as Emi’s grasp of ‘rural Suffolk’ is still being worked on.

Hugill: His best day yet. For him it’s been something of a slow-burner, mainly due to the resurrection of Teemu Pukki, but he’s now fulfilling the Jordan Rhodes role perfectly, including sharing his ‘one of the nicest blokes in football” mantle. Always with a smile on his face, Hugill is finally showing us why he was so highly rated at QPR last season and while he does it differently to Pukki – which is why he is here in the first place – he is starting to do it just as effectively. The goals will have given him a huge boost but his back-to-goal play was good last night with the ball sticking just as Farke will have demanded.

Placheta: Didn’t have long to impress but has already developed into a consistent performer down that left side who diligently carries out his defensive duties when called upon. We’re yet to see his blinding pace used to its full effect but hopefully the after-burners will kick in when they’re needed most in the coming months. Angry from Beccles had been taken off by the time PP was introduced but he’d never have caught him anyway.

Hernandez and Dowell: Neither were around long enough to pass judgment by my god it was good to see both of them back. The more options the better for Farke as we approach crunch time and these two will both have roles to play.

So, in footballing terms, one of the very good days. While the gap at the top is disguised by those below us having games in hand, there is still a small buffer emerging between us and the pack.

There’ll be some blips ahead but, as I said on Sunday, it looks like ours to blow right now. But keep that to yourself…