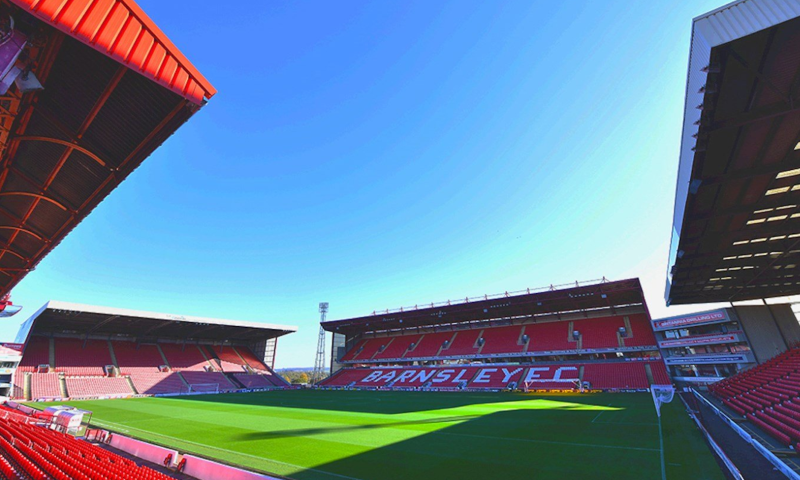 Based on an idea I pinched directly from our Martin P, today’s match preview has been handed over to three voices that will be familiar to regular readers and commenters on MyFootballWriter.

So instead of me droning on and attempting (and failing) with some half-@ar.sed ‘jokes’ intermingled with some indiscernible nonsense, today you have the articulate and sensible thoughts of Andy Delf (Delfie to you and me), Don Harold, and Colin M ahead of tomorrow’s trip to South Yorkshire.

Do you care if City win or lose at Barnsley tomorrow? Is a cup run important to you?

Delfie: I care about all the games Norwich play and I want them to win every time they pull on the shirt. That’s a pride thing, however, and I recognise that these days squad rotation has become ever more important. It gives a great opportunity to get competitive football right the way through the squad. We must get as many minutes of football into each and every player as often as possible to maintain the depth of talent and competency available for the league campaign. It would also be nice to win the FA cup to remove the very last bragging rights our nearest and dearest neighbours cling to.

Don: I do care about the Cup and really want us to win. However, I would caveat this by saying that it mustn’t be at the expense of any league form. I love a good cup run and can’t help thinking that last year’s win against Spurs might have provided a springboard for better league form if we hadn’t had the shutdown. My selective memory allows me to forget that we were unimpressive in the following game at Sheffield United, which remains the last game I went to.

Colin: I would take City lifting the Cup at Wembley in May, fans or no fans, above anything else. It would mark the biggest achievement in our long history. To be FA Cup winners 2021… just imagine the euphoria. The last game I attended was our fifth-round tie at Tottenham last March and I still run those scenes of the shoot-out win through my mind. At 65, the FA Cup final was the pinnacle of my years as a kid, and while for many it may have diminished, not for me.

What sort of team do you think Daniel Farke will pick? And who would you like to see play?

Delfie: Daniel Barden really deserves to play in goal and I think he will as there is no need to tire Tim Krull out after his recent illness.  For me, Bali Mumba (if he’s available), Christoph Zimmerman, Alex Tettey and Xavi Quintilla at the back, and this would be a really good chance to pair Lukas Rupp with Jacob Sorensen as the shield. Pepe Placheta, Kieran Dowell and OnelHernandez as the three with Jordan Hugill leading the line. I know there are a lot of players coming back from injury or illness but they need the minutes and the chance to fight for starting positions. Probably a little too gung ho and Daniel will probably blend it a little more.

Don: I think DF will field a strong side. It’s an ideal opportunity for Tim Krul to continue his comeback. Six of the eight outfield players on the bench on Wednesday night have been first-team starters this season and I think Andrew Omobamidele may get a start in central defence and Dimitris Giannoulis will probably get a game at left-back (presuming restrictions allow). Barnsley are a bright side and I think they will see us as a scalp and a chance to meet Luton in the fifth round!

Colin: I don’t care who Daniel decides to play; change all 11 if he likes (he won’t). We have a fantastic group but it would be great to see Onel, Bali and Xavi with young Daniel in goal. Barnsley will be tough but I would love to see us go up against Chelsea given their current form.

If anyone else is interested in contributing to future previews, then please email me at gary@myfootballwriter.com or our contact page. Thanks.