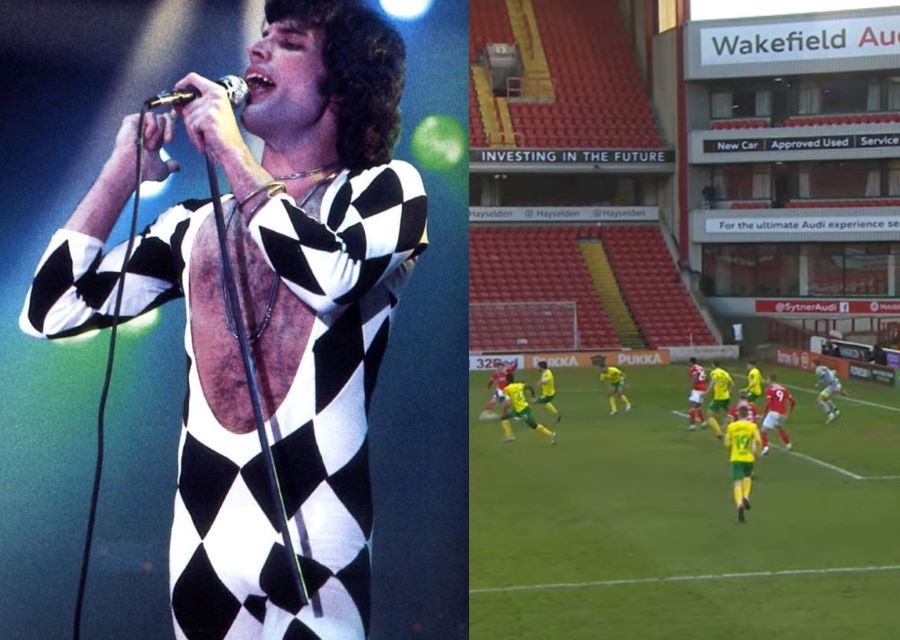 We all have enjoyed life’s guilty pleasures over the years so I’ll admit to a few of mine.

Finishing many a Scotland Yard nightshift in the early 1980s around 0700 and breaking my journey home at Barbican station to walk to The Hope on the edge of Smithfield market to enjoy a few pints with fellow miscreants, which featured almost as many police officers and civvies as it did meat porters. If you were on night duty it was your evening in a funny kind of way.

Listening to the first three Queen albums when Freddie Mercury was still writing lyrics about *faeries* to heavy music and thoroughly enjoying them. *A thin moon me in a smokescreen sky* and all that.

Three or four of us wagging off school at dinner time by running across the graveyard and down an alleyway to end up at Chris White’s house. His elder brother was a guitar teacher and had a fantastic progressive rock album collection. Tea and loads of biscuits? No worries there.

But my current guilty pleasure is that we have exited the FA Cup in Round Four and this season of all seasons it bothers me not one jot. Yes I know I’m probably inviting stick but this really is just my genuine take on the situation.

There’s a few negative boxes in the performance side of things that we can check as in #1 the midfield didn’t really get going, #2 Pepe Placheta should have scored instead of hitting the bar, #3 Emi Buendia isn’t that good at free kicks on the edge of the box and #4 we only really became invigorated when the raft of late-ish subs came on.

It pains me to say it but on balance Barnsley deserved their win – they wanted it more than we did I’m afraid, but I’m not moaning. We’ve had three points from them already and are very likely to get three more in the last game of the season, whereas they will shortly face Chelsea and not go beyond FA Cup round five as a direct result of that particular encounter.

But fair play to the Tykes, they were worth it on the day. For all the good it will do them except gaining something like £50k or whatever the losers bounty for that fixture will be.

Jordan Hugill pulled up with what I can only guess is a hamstring problem. Normally I’d be worried $hiteless but we don’t yet know the extent of the injury and Teemu Pukki should be back for Boro with Adam Idah not too far behind him. There’s also a week left of the transfer window if the powers that be feel really desperate – we don’t want to blow our promotion chances from here.

Talking of which, Saturday’s performance bore only a shadowy resemblance to our Championship set-up but surely we all accepted that as soon as the teams were announced.

There’s a week’s rest and recuperation for all who played on Saturday, which the likes of Grant Hanley, Ben Gibson and probably even Jacob Sorensen will surely benefit from because the first couple of weeks of February are going to be relentless.

I’m very grateful for the rare absence of a midweek match in the sense of it’s a kind of calm before the February storm comes our way.

There’s no way I’m getting too depressed about a defeat like that – trust me, it might well have been for the best in this cynical world of modern football. Let’s face it we surely couldn’t have won the competition and not a single one of us would have gone to Wembley if by a miracle we had reached the final.

Our exit at the hands of Barnsley is certainly no skin off my proboscis.

And back in my world of guilty pleasures, I think I’ll give both Queen live at the Hammy O 1975 vids another view sometime soon. I was at both gigs so I have every right to indulge myself in those memories.

I should really dedicate this clip to when we’re allowed back into the Carra but it’s so good that I can’t resist:

Ant & Nathaniel are joined by Tom Griffin to discuss the draw at #PNEFC, the defeat at #BCAFC, as well as the upcoming game against #NCFC

Get your 🇺🇸 flags out tomorrow 👀 #ncfc

What an amazing @canariestrust Board and set of members and fans. Extraordinary to think that #NCFC fans are the 6th largest shareholders in the club!