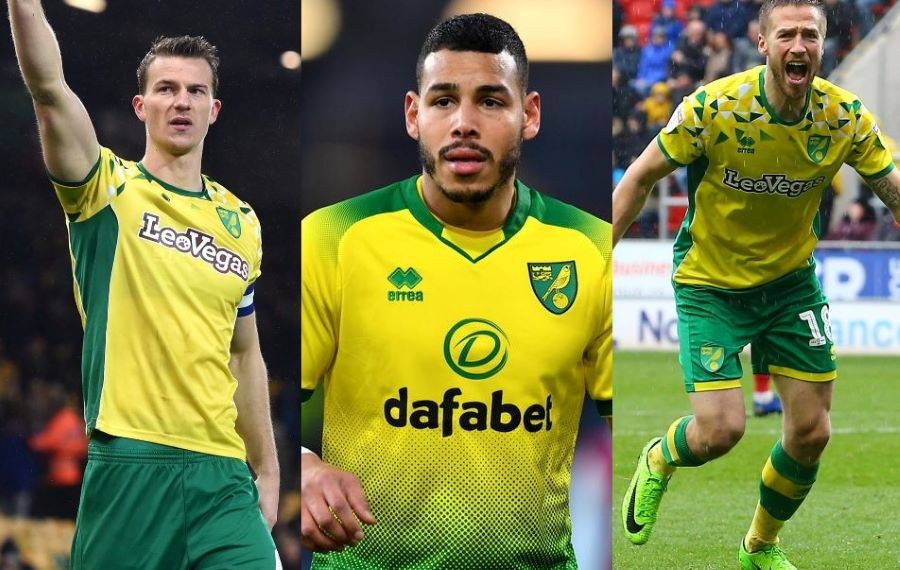 Norwich City and ‘injury stricken’ have become synonymous with each other.

Thankfully this season, City have managed to fight against the injuries that have plagued the first-team and currently sit comfortably at the top of the Championship.

But, given the size and depth of the current squad, who will miss out when everyone is fit? I’m talking here about players who have been first-team regulars in their time here, in particular Christoph Zimmerman, Onel Hernandez and Marco Stiepermann.

Firstly, Zimmerman. It’s no secret that when examined statistically it does not reflect all of the attributes he offers to the team; the main ones I‘m thinking about are fight, determination and the leadership. He is very much a character who leads by example. However, it is fair to say that City have been a significantly better defensive side this season when lining up without the German in the team.

The partnership of Ben Gibson and Grant Hanley has been much more successful. To start with, Hanley has an average match rating of 7.2 when playing this season, and Gibson 6.9, compared to Zimmerman’s 6.6. When playing together, Hanley and Gibson achieve an average of around 3.5 interceptions per game together (via WhoScored Stats) while Zimmerman achieves only 0.7 interceptions per game; a significantly lower average than Gibson and Hanley who each  achieve around 1.7 per game.

Lastly but importantly, another reason Hanley and Gibson have edged out the German is his average passes per game, which is 44. This compares to Gibson’s 78 and Hanley’s 68. Zimmerman also has the lowest pass success rate out of all three defenders, despite taking far fewer passes per game: Zimmerman 83%, Gibson 86% and Hanley 89%. With the passing ability of defenders so key to the success of Farkeball, these numbers are telling.

Next, Hernandez. Onel has unfortunately picked up the label ‘injury prone’ – a tag that no footballer wants to be associated with – through no fault of his own, but has been forced to watch as players who play in his position have evolved into key players, specifically Todd Cantwell.

In the Championship-winning 2018/19 season, Todd only notched 24 appearances compared to Onel’s 40, and the Cuban chipped in with a fantastic return of eight goals and nine assists compared to Todd’s one goal and two assists.

In the few times we have seen Onel this season, most recently at Barnsley away in the cup, his performance have underwhelmed although, in fairness, fitness has been an ongoing issue. But even a fully fit Onel would struggle to displace Cantwell who has become a far more accomplished player since that 2018/19 season. Onel, so far in his appearances this season, has an overall Who Scored rating of 6.3 compared to Todd’s 7.24 and even his backup Placheta’s 6.99.

Lastly, let’s look at is Marco Stiepermann. I think it’s fair to describe his as Marmite in the way that some Norwich fans very much question if he is of the standard to continue to operate as Norwich City’s main number 10, while others still believe he holds the key to a free flowing Norwich City attack.

While I do agree that Stiepermann seems to have a telepathic connection to players such as Teemu Pukki and Emi Buendia, I find myself very much in the position that he may see the pass, but can he still make that pass? I find myself watching in frustration at the one too many touches which bounce off him and into possession of the opposition, and this reflects in his stats.

Stiepermann has only managed one goal and two assist from a total of 14 appearances, compared to Mario Vrancic’s three goals and three assists in 20 appearances. It is also worth noting that 10 of Vrancic’s appearances came as a substitute.

In terms of average match ratings, Vrancic has averaged 6.82 when playing at number 10, compared to Stiepermann’s 6.7. While this doesn’t offer a huge amount of room for discussion, it does highlight that Stiepermann has been out performed by someone who is a natural number 8. In terms of their passing statistics, Stiepermann attempts 26 passes with a success rate of 76%, compared to Vrancic, who attempts 30 passes with a higher success rate of 81%.

My overall point is that with all players at the disposal for Farke, will we even see players such as Zimmerman in the side unless there was an injury to Gibson or Hanley. With players such as Onel and Stiepermann, there could even be an argument to suggest that for Onel may not even make the bench, with younger players such as Josh Martin and Placheta being shown faith by Farke this season.

Similarly to Onel, Stiepermann may not make the side with players like Kieran Dowell and Mario Vrancic ahead of him in the pecking order.

I’d be interested to know how other Norwich City fans feel around the possibility that these three players may not even make the squad if/when everyone is fit.

Tomorrow is a big day in the history of #NCFC.
Details to come in the morning..

Tzolis double tonight. Criminal we sent him away #ncfc

As much as I wished Tzolis had stayed, do bare in mind the opposition he’s against here… #ncfc