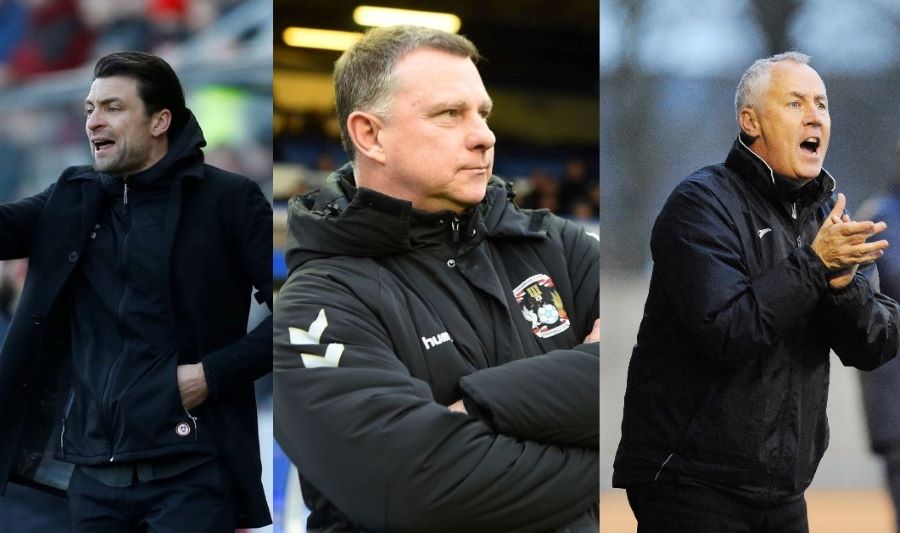 Daniel Farke’s contract is up in the summer of 2022. While many of us may want to ignore that fact for as long as possible, the truth is that finding a replacement for one of the club’s greatest managers of the modern era will take time and planning. With so many clubs opting to bring back ex-players as coaches, I scouted this pool to find who the best options may be.

Starting with perhaps the most obvious replacement of these managers, as well as the one with the most experience as a City player, Russell Martin has performed relatively well as MK Dons manager. Promoted from player to manager in November 2019 following a poor string of results and in serious relegation trouble, the former Canaries defender dragged the Dons above the dotted line, securing survival.

He made the most of his Norfolk connections last summer, signing Carlton Morris and Louis Thompson on loan before giving contracts to ex-City teammates Cameron Jerome and Andrew Surman.

Martin’s side are currently 15th in the League One table, but some teams below them have games in hand which means they’re still in a relegation dog fight. The MK Dons fanbase seems to be happy with what the Carrow Road legend has done so far but will expect to stay up this season and progress next if he’s to be deemed a success.

While he may be lacking in top level experience and still has a lot to prove, the ex-skipper knows the club better than any of the following candidates and at just 35 has a lot of time to mature and improve as a coach.

Top in the experience stakes is Mark Robins, currently manager at Coventry City having had spells with Rotherham, Barnsley, Huddersfield and Scunthorpe. He’s in his second spell with the Sky Blues and is closing in on four years at the club, having been appointed in March 2019. Since then, he’s masterminded two promotions, elevating the club from League Two to the Championship, while implementing an attractive style of play and possessing a keen eye for smart recruitment.

Robins struggled to make his mark in any of his previous jobs, but has become an EFL veteran in his 14 years of management. His lack of Premier League touchline experience would be a worry for the club should Farke leave, although his three years and 71 appearances in NR1 would help aid his cause.

The style of play box would be ticked under Robins but prising him away from a club where he’s already secured legend status would be difficult, especially given he’s now just one promotion away from achieving Coventry’s dream of a Premier League return.

Hardly a City legend and maybe even forgotten by some fans, former Norwich defender Jens Berthel-Askou has been impressing in management. In his third job already at the tender age of 38, Berthel-Askou took over at relegation-threatened Vendsyssel in 2018, fired shortly afterwards when he couldn’t complete the rescue mission to keep them in the Danish Superligaen. He quickly moved on to HB Thorshavn, who play in the Faroe Islands. He took them to the top of the Faroese football pyramid, completing a league and cup double on his way to the Faroe Islands manager of the year title in 2020. He returned to Denmark on 7 January with AC Horsens, and will be hoping his second spell in his homeland will prove more successful.

Berthel-Askou told The PinkUn last year that it was his dream to return to Carrow Road as a coach, and while his ability at the top level is yet to be tested to an extent sufficient to earn him the Norwich job now, he has 18 months until Farke’s contract is up and may be a good long-term option for the City board.

The signings of Jacob Sorensen and Teemu Pukki from the league he’s now managing in shows that it’s a decent standard at least, and keeping up a Horsens side that have typically struggled to stay in the Superligaen would be an impressive feat.

Okay, Paul Warne never actually appeared in a senior Norwich City side, but he used to belong to the academy. He also has a place in the hearts of Norfolkians, being a proud son of Nelson’s County and member of the Yellow Army. He’s also familiar with the yo-yo fortunes the Canaries are used to, having been promoted twice and relegated twice in his time at Rotherham United in his sole managerial role.

Warne’s preferred setup would be quite a departure from Farke’s signature style; his Millers’ side known for their industrial approach. It’s important to note that the squad he has may force him into this, and he’s been working with the league’s lowest wage budget for most of his time in the Championship.

A manager whose fortunes most Norwich fans will have followed given his continued proximity to the Fine City, Ian Culverhouse had a brief stint with Paul Lambert at Aston Villa before embarking on solo management at King’s Lynn Town.

Culverhouse, who played for the Canaries between 1985 and 1994, had previously only acted as an assistant to Lambert at Colchester and Villa, with a three-year return to Norwich sandwiched in between, has thrived at The Walks, masterminding two promotions in his second spell with Kings Lynn.

He became manager of Grantham Town in 2018 having originally taken Lynn to a play-off final they lost, but resigned quickly and returned, taking the club from the Southern Premier Division to the National League, where they stand a good chance of survival this season.

Although the level is a problem, Culverhouse would have to deal with if he stepped into Farke’s shoes, his experience playing and coaching in the Premier League would help. Culverhouse is largely accepted as the primary technician behind Lambert’s overachieving Norwich side and will be looking to test himself at a higher level of management.

Stephen Medlock 🗽 Queen for all my life 🇬🇧🇫🇷 @stephenmedlock ·
37m