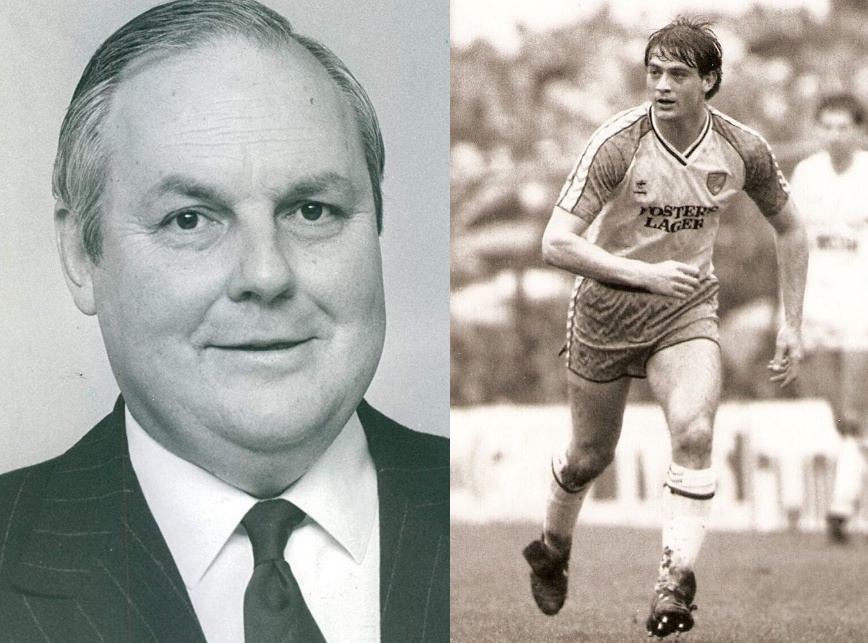 You may find at this moment your larynx start to spasm as it begins to form some raucous shouts of agreement but, for the time being, put a sock in it and bear with me. Please. Allow me to present the Case against Chase…

Robert Chase – more like a laughable cast member from 70’s sitcom ‘Doctor in the House’ than Hugh Laurie’s suave sidekick in ‘House’ – joined Norwich City’s board in 1982. Three years later he took over as chairman from legendary old-schoolian Sir Arthur South. Although not a majority shareholder, Chase effectively ‘owned’ and ran the club for more than a decade – and during his tenure wasted more chances of major City success that at any time in the clubs history.

In 1987 Norwich City finished fifth in the top division (now the Premier League). Despite minimal investment.

Two years later he got lucky again, this time finishing fourth. A first class journey on a third class ticket.

And in 1993 he finished third, despite selling the club’s best player and moaning about the ancient but influential midfielder Walker barely managed to get on a free-transfer! Incredible.

It wasn’t only the political repercussions of the Heysel tragedy in 1985, and England-wide European football ban that followed, that prevented Norwich from failing to create their own European legacy during this period.

City suffered because Chase ‘sold all the best players’ and failed to commit to any potential success. Missing opportunity after opportunity to support the management and playing staff on their quest for trophies. No other chairman or owner has got so close and missed by so much. Not. Even. Close.

Player sales were frequent and unnecessary (see list below) and failed to create a secure financial base for the club, certainly not in the way that successful TV money would have done. Hopefully the current incumbents have better luck at maintaining a self-funding model.

Added to Chase’s financial short-termism was the misplaced notion to wastefully splash out on a parcel of expensive wasteland rather than invest in another Mike Phelan, Kevin Drinkell, or Robert Fleck. The pitiful toy stand he built to replace the burned-down Main Stand continues to embarrass the club with its inadequacies even 35 years later. I doubt he’d have got round to building a proper one even if he’d stayed.

So, lack of financial acuity, sabotaging any potential club success, destroying the club’s profile, and diminishing the club’s facilities, and making City a worse club to support… There can only be one conclusion to draw…

(PS. A massive shout out to the inestimable Geoffrey Watling who magnanimously and bravely stepped into the mire to plug the serious financial gap left when Mr Chase removed himself from the club. Without Mr Watling’s efforts at that time there would be no club left to support.)

The list of significant transfer transactions during Robert Chase’s tenure

(NB. To give you a better idea what these figures would be equivalent to in today’s inflated transfer market, try multiplying the amounts by somewhere between 10 and 20 times. That’s the sort of money we’d be talking nowadays.)

THOSE THAT GOT AWAY:

SOLD: Free transfer to Aarhus in 1992