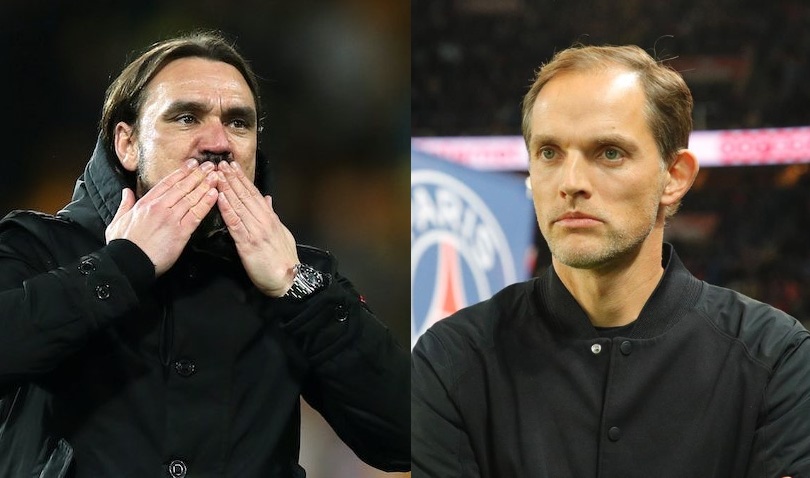 It’s well known that Daniel Farke made his name under Thomas Tuchel at Borussia Dortmund, working as his reserve coach for 18 months. With a club structure that encourages all Dortmund youth sides to play in the same way as the first team, this was where Farke learned to coach his teams to play “beautiful football,” as he terms it.

Tuchel’s trademark style of play is understandably closer to that of the City head coach than any other manager from the BVB conveyer belt; a mixture of styles that synthesises Jurgen Klopp’s relentless gegenpress and the tiki-taka possession game that Pep Guardiola popularised during Tuchel’s formative years.

At Mainz, Chelsea’s new head coach recognised that he didn’t have a squad with the technical ability to play the possession football he desired, so leant towards the pressing side of the game, his hard working, functional players able to perform it with plenty of practice on the training ground. At Dortmund Tuchel had quality such as Ilkay Gundogan and Julian Weigl in midfield (as well as an ostracised Moritz Leitner), allowing him to introduce the possession focus he had been keen on. An element of his famous pressing remained, however, and this was where Farke’s style was created.

He joined Dortmund in the summer of 2015, inheriting an under-23s side that was expected to perform a similar style to that of Tuchel’s first team- a style that was starting to become this blend of pressing and possession. Farke perfected the ability of a young side, captained by Christoph Zimmermann, to mirror this style, enhancing his ability to coach it in the process.

Facing a similar problem to the one Tuchel had early in his career, Farke took on a Norwich City squad that simply didn’t have the technical or tactical ability to play possession football, prompting the German to go back to basics and concentrate on defensive solidity while the foundations were laid for more expansive attacking football. In came Moritz Leitner, Emi Buendia and Mario Vrancic and out went the workman-like Russell Martin, Cameron Jerome and Graham Dorrans.

With an excellent presser in striker Teemu Pukki, the technical quality provided by the likes of Vrancic, Leitner and Buendia, and a year of working with the side tactically, Farke set about achieving his possession-press fusion in 2018/19.

It was in this season, the most successful of the Farke era so far, that City’s pressing was most aggressive, allowing only 8.15 passes per defensive action that season, the fourth best in the division. The Canaries became used to overwhelming dominance of possession, and relentlessly hunted to win it back as soon as it was lost. The technical quality of the Premier League and the ability of its defences to break a press forced Farke to relax this element of his tactical setup, focusing instead on taking care of the ball in possession and becoming solid when the opposition had it. In this sense he started to part from Tuchel’s ideals, leaning further towards the more pragmatic approach of Farke’s self-confessed managerial idol Ottmar Hitzfeld, who also managed Dortmund as well as Bayern Munich and Switzerland.

City were certainly most entertaining when their tactics were most like Tuchel’s, and his Premier League appointment may well prove beneficial for Norwich and their style in the long-term. Football tactics expert Michael Cox suggests that Tuchel is on a par with Klopp and Guardiola as far as the most influential tacticians in the modern game. Given the Premier League’s history of adapting due to foreign influence, his style of play may sway the Premier League in the Canaries’ favour, allowing them to compete in their preferred fashion.

The object of tactics is to turn a football match into a game that your team can win, a battle that tests the skills at which your players are most adept, and Tuchel’s arrival may well turn the Premier League into that for Norwich City.

Another potential positive City fans have been quick to point out is a possible loan link-up between the two clubs. With the relationship between Farke and Tuchel already present, the apprentice may well call on the master for a favour involving Chelsea’s heaving collective of loaned-out players, currently standing at 31 and to thank for the talents of Mason Mount, Tammy Abraham and Fikayo Tomori.

With Chelsea’s transfer embargo lifted and their famously pro-youth head coach Frank Lampard now fired, this loan system could go one of two ways. It could be neglected as part of a wider disregard for youth products at Stamford Bridge, or it could be used to relieve the London club of a wealth of unwanted talent clogging up their training ground.

Either way, there are upsides in Norfolk for Thomas Tuchel’s arrival in South West London, and Daniel Farke will be looking forward to taking advantage of them.