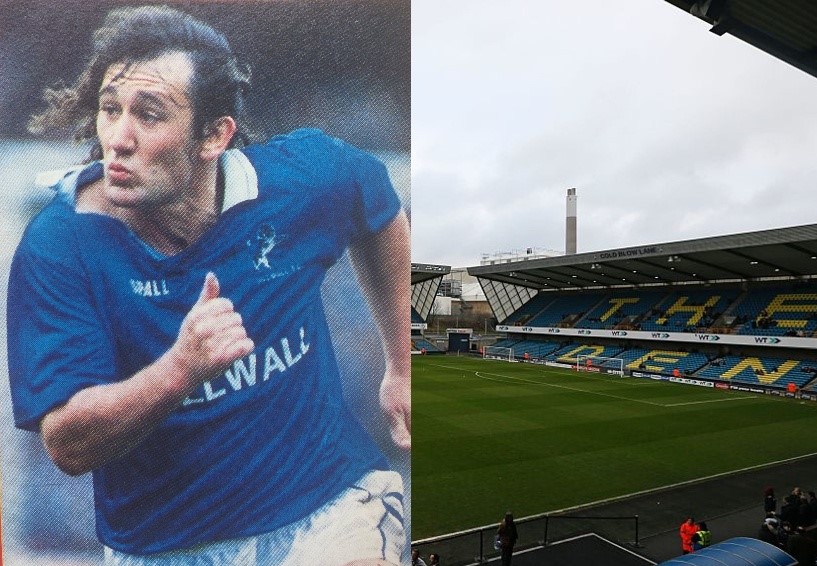 It’s Millwall time again tomorrow as we make the trip to the Bermondsey-based South London side for the second leg of the season, the first consisting of a monotonous 0-0 at the Carra on November 2 as the last of the autumn leaves were falling.

In our latest chat with Nick Hart – creator of the brilliant “Achtung! Millwall” podcast – we find out why the Lions are struggling to score, how money [or lack of it] is anything but a great leveller and how valuable Bartosz Bialkowski is to the men from Zampa Road.

Since we last spoke things have gone in slightly different directions with Millwall cranking out low-scoring draws at a rate of knots and us normally managing odd-goal wins in matches almost equally bereft of goals. Why are you struggling to score on a regular basis?

Nick: In a nutshell, it’s a fundamental lack of quality up front. Money might not buy you love, but it can buy forwards capable of finding the back of the net on a regular basis. It’s sad but true.

Millwall’s problem is that ‘quality’ tends to cost – unless you can develop it yourself (slow) or find the proverbial diamond in the rough (not always reliable). Otherwise the world belongs to the rich man (and clubs) – stop me if you’ve heard this joke before.

To give some sense of the striking situation, you might have seen recently former Millwall goalkeeper Tom King score direct from a goal kick playing for Newport County. Well currently he is matching Lions’ forwards Jon Dadi Bodvarsson, Mason Bennett and outdoing on loan Spurs prodigy Troy Parrott …

Gary Rowett’s defensive minded tactics have been held up by some as a basic problem, but in the absence of Lionel Messi being seen in the Bermondsey Wimpy Bar, for me the problem always comes back to lack of clinical finishing (ie money).

While the rumours surrounding our Emi Buendia and Max Aarons are endless we have only signed one player this window as in Greek left back Dimitris Giannoulis from PAOK. You’ve done likewise with one only as well: Maikel Kieftenbeld from Birmingham who didn’t play for the Bluenoses against us earlier in the season so I’ve not seen him, even on TV. What does he bring to the Lions table?

Kieftenbeld: we’ve only seen him once in the 0-0 home draw versus Watford. So very little to go on, beyond the anguished reaction of Birmingham fans to the signing – which is always a good sign.

Based on his crunching tackle on Watford’s Chalobah (for which he got a yellow card, but at The Den a challenge would have had the stands rocking), he looks like an instant classic Millwall midfielder. Dare I mention Terry Hurlock? [Only if you absolutely have to – Martin] A man who took no prisoners yet who can pass the ball, as well as mix it. It’s early days but we can dream baby dream…

We’re both out of the FA Cup. Are you happy, sad or just resigned to it – Your cup pedigree this century is certainly much better than ours?

As the cliche has it, football is nothing without the fans. And a cup run when we can’t get into the ground seems a bit like Salma Hayek answering you on social media, but in a time of lockdown.

Exciting, but what are you going to do about it but stare at a screen?

The home defeat to Bristol City was a weak, wishy-washy shambles which at least told us how much squad depth we have (ie not much).

I’m sorry to say you’re not going up but most definitely not going down either. What’s the general feeling towards Gary Rowett just now?

Mixed feelings. When he arrived after Neil Harris’s departure, Rowett steadied the ship which was heading toward the relegation rocks.

Indeed he went further and took us on an unlikely run toward the top six. Possibly the high point of his reign so far was a 3-0 win at Nottingham Forest just as the lockdown began.

What would have happened in front of The Den’s manic promotion-run atmosphere? Who knows? Euphoria, madness, mayhem – all were for a moment possible.

Instead the Covid19 virus joins the list of great Millwall near miss villains ranging from deciding to stay in the Southern League before the First World War while Woolwich Arsenal joined the Football League – whatever happened to them? World War Two breaking out with the Lions looking good for promotion to the First Division in 1939. And Dion Dublin going within a toenail of taking us to the play-off final in 2002 (Birmingham disorder night).

Gary Rowett has spent this strange season searching for a formula that will allow a basically League One squad to compete over 46 games against the millionaires and zillionaires of the Championship. So far, it’s been a grind …

*Old Bartosz* was instrumental in your doing us a bit of a favour against Watford last week. How long can he go on playing do you reckon?

Bartosz Bialkowski is one of the best goalkeepers I have ever seen at Millwall. And given that I am old enough to remember such Millwall greats as Bryan King, Brian Horne, Kasey Keller and Tony Warner, that is quite a statement.

The Polish national team goalkeeper must be some player to keep Bart out is all I can think of.

How long can he go on for? He looks in great shape and keepers can play on late into their careers now, so no reason (injury allowing) for a good few years yet. Last season’s player of the year and much loved at Zampa Road.

I have emailed the Lions chief executive to recommend taking DNA samples for cloning purposes. So far no reply, but will keep you updated.

Are you and your fellow Lions supporters doing anything specific to keep up your collective spirits during yet another lockdown?

I can only speak for myself by saying that given the quality of Gary Rowett’s football this season, I have found great solace in the work 4’ 33” by the avant-garde composer John Cale [avant garde? And some! – Cale was in the original Velvet Underground. – Martin]. There’s no music, just silence and, compared with last Saturday’s game at home it’s a banger.

We’re watching the decline of Paul Lambert at Ipswich with mixed views [he he]. Any thoughts on the demise of Neil Harris at Cardiff? Any other Millwall manager and I wouldn’t ask but he’s generally so well respected in the game I thought I’d enquire.

For many Millwall fans, Neil Harris is like your ex-girlfriend who you can’t help but check on Facebook to see where she’s at now.

His demise at Cardiff is a consequence of so-called ‘big club’ thinking – the idea that unless success flows in an instant, you move on to the next manager.

To be honest, I feel sorry for him, Neil’s football is forever going to be based on a version of The Den on big match night, backs to the wall, up against higher status opponents – but equally who may never have faced 90 minutes of solid Millwall hostility.

Plenty have crumbled (not least Leicester and Everton in the FA Cup) and only the very best work through it to allow their quality to shine through.

Steve Morison, Lee Gregory, Jimmy Abdou – all were in your face players that reflect the personality of the club. Whether he likes it or not, Neil Harris is of Millwall and always will be.

The problem of course is that style will only take you so far. Yes indeed, it’ll be a rock n roll ride and you might never want to come down, some of us never have. But it won’t sustain league success.

We couldn’t break you down at Carrow Road and it looks like your pitch has cut up more than a bit which won’t be in our favour. I’ll ask you for the obligatory score guess at this juncture if I may.

The Den’s pitch is a quagmire worthy of Flanders Fields 1916. If it rains, there is a danger that Ben Thompson might disappear into a mud puddle and not be seen again. So I am not anticipating a beautiful game, but a defensive battle – on our side at least. I am going for a 1-1 draw, as I am in the mood for a goalscoring frenzy.

Many thanks to Nick for his time and his superb demonstration of the art of dry humour.As a reward for his help we let him mention Terry Hurlock. We only mentioned him once so I think we got away with it.