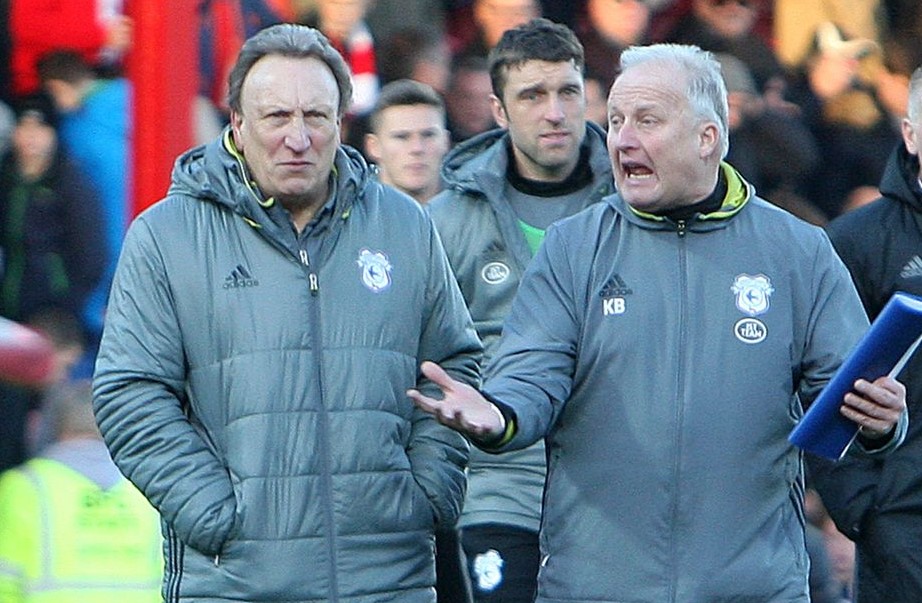 We were Warlocked against Boro on Saturday. There’s no other way to describe it really as the old maestro of malice brought out every last card from his battered pack of Tarots to tell us our fortune.

“We’ll start Yannick Bolasie for the first hour to tie them up and give them something to worry about”, the Warlock said to his coaching team while all surrounded their cauldron at Rockliffe Park training centre on Thursday afternoon.

“We know Cantwell and Buendia are their main creatives so we’ll suffocate them – not literally please lads, we’ve standards to live up to after all, even if I did once manage Sheffield United.

“We’ve got Darnell Fisher in from Preston – let’s stick him on Cantwell and make sure the boy with the Alice band doesn’t get a kick in anger. I’m not sure who to stick on Buendia – what do you think, Kevin [Blackwell]?”

“Young Bola could do it boss – and Buendia will cause his own demise as we know he plays with his heart and if we can charm the imp that is referee Keith Stroud into yellowing him, then surely he will see red.

“And we must have the bench-dwelling banshees in the ear of the referee all the time and that way we will surely convince him to make many dubious decisions in our favour.”

The sorcerers around the cauldron decided they were content with their strategy and cackled enthusiastically.

And, c’mon, they were right to feel that way, weren’t they?

Many Norwich City supporters and MFW Readers [including myself] are used to seeing our football played in a certain fashion, or *the Norwich way* as it’s often referenced. Okay, we nicked the phrase from West Ham but I wouldn’t worry about that too much as the same principles apply – unless you’ve ever seen Carl Bradshaw or Julian Dicks in action, of course.

I suppose I’d better address the issue of Emi’s second yellow and subsequent red. Everybody else has by now.

First yellow? Fair enough but that lit the touchpaper and Farke should have been more conscious of the possible consequences than he ostensibly was. Boro played referee Stroud like a violin throughout the match with the banshees on the bench shrieking for everything. When George Saville went down like a sack of spuds and realised it was Emi who had challenged him that was it, we had an on-pitch banshee as well. Back comes Stroud after a failed Boro attack and does a retrospective.

Was the offence worthy of a second yellow? Not to me, no. But to slide in like that as Emi did in his situation was completely irresponsible. I know he tried to slam the anchors on and there was no intent but you could equally argue that he had to go. It all depends on what angle you watch it from. A difficult decision for the referee which Warlock and his baying crones tipped over the edge.

Farke knew that was more than a possibility and could have hooked Emi at half time – we had enough cover on the bench after all. Surely Daniel didn’t expect the Warlock [who’s friends call him Colin] not to make the most of that particular situation?

Anyway because of the rule about two reds in a season Emi will now miss both Millwall and Swansea. And all so avoidable, too.

I guess our Che gets one heck of a battering in most matches and his frustration levels must go through the ionosphere when encountering as weak a referee as Mr Stroud, so I kind of feel sorry for the player more than wanting to criticise him.

Brentford and Swansea were the big winners with that result, especially with the prospect of Millwall and said Swans away coming up for us next sans Buendia.

I can’t find many positives from Saturday’s match except that it was good to see Pepe Placheta and Onel on together at the end which meant we still had a little bit of a threat after our reduction to ten, and if a player can look good in just 10 minutes on the grass that was Adam Idah. And of course we gained what might prove to be a valuable point.

As for our debutant Dimitris Giannoulis, he now knows what the EFL Championship is all about. He was the original curate’s egg, as in good in parts. At least he’ll be well prepared for Millwall.

And while his is another tough old side that struggles to score goals, nobody can accuse Gary Rowett of being a warlock.

I think we had enough of them on Saturday.