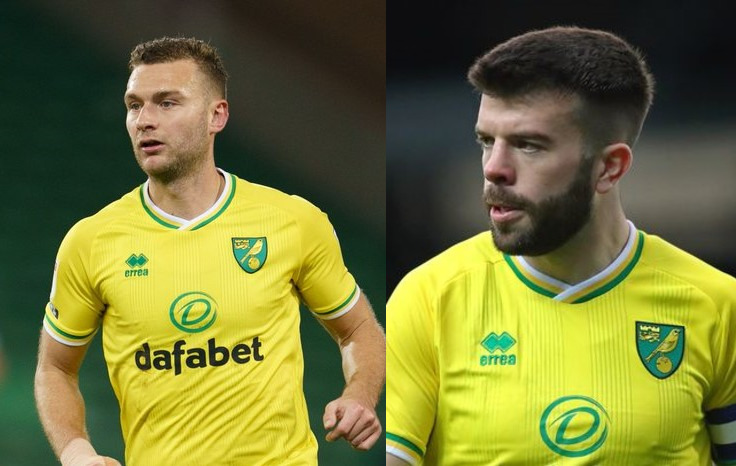 The #NCFC timeline last night from 8pm onwards was not for the faint-hearted. In fact, if for any reason you’d been incommunicado from the outside world but had accidentally stumbled across ‘Norwich City’, you’d assume this was a football club in crisis.

As it transpired, City’s only crime was to draw a game of football against a team who were highly motivated, quite good on the night and who are, in fact, the division’s draw specialists.

While the draw against Boro just about scraped into the ‘point gained’ category, last night’s was the very epitome of it. Millwall had the better chances, looked the more threatening, and had more shots on target.

Gary Rowett described his team’s performance as “excellent” and was right. They did to City what Barnsley and Middlesbrough have done in the last 10 days and, arguably, did it better.

What all three had in common was a plan to deny City the chance to settle and slip into those fluid passing rhythms that make Farkeball what it is. Not rocket science, but as others have found, when City are in full flow it’s not a plan that’s easy to enact.

Each of the three did slightly differently but the common theme was to not allow our players the luxury of a third touch and to ensure that any pass made in the attacking half was made under pressure. The combo of City dipping below their best – which will happen more than once in a 46-game season – and a couple of less-than-perfect playing surfaces have created what Twitter (and probably Canary Call) seems to have deemed a crisis.

But it’s not. We’re just not playing particularly well at the moment, at least not in an attacking sense. The ebb and flow of our attacking thrusts has gone from silky to staccato and, it’s true, we do look a very different outfit to the one that had us all drooling after offering up a footballing masterclass to Bristol City.

I was probably more guilty than anyone of clambering aboard HMS P1ss The League after that game but in the real world, we were never going to soar off into the sunset while the chasing pack just gazed on in envy. Never going to happen.

The Championship comes with few guarantees and just because we had a nicely remunerated season in the sun and we play some beautiful football at times, we have no divine right to pitch up at places like The Den and expect anything other than a rough ride.

And besides, the hand-ringing and teeth-gnashing is ignoring the fact that we now have a defence that is statistically the third best in the division and, in reality, is the best we have had since the days of Edworthy, Mackay, Fleming and Drury.

Last night’s performance level wasn’t a million miles away from the one that was produced at the same venue in the early days of the Farke/Webber era. That day City had 72 per cent of possession, compared to 64 per cent last night but the big difference, aside from Farke playing a lone Harrison Reed as the shield, was a back four that read, Pinto, Martin, Franke and Husband.

What we have now, even with a rookie left-back who is clearly still finding his feet, is a back-four that looks worthy of the name and a keeper who has been there, done it and is at the top of his game.

For those who are unaware, here are a couple of stats from the ever-excellent @ncfcnumbers:

All of which explains why, even in the midst of a dip in form, City have been able to dig out two points that just may, in the final countdown, prove invaluable.

Even on the very bad days, with Krul being afforded the protection of the Championship’s two best minders, City are capable of getting something from a game.

I’ve waxed lyrical of late around Grant Hanley’s newly discovered ability to make a pass and burst into space, and Ben Gibson’s wand of a left foot but essentially their raison d’être is to defend and they’re doing an outstanding job with the minimum of fuss.

So, as we all get a little twitchy and uppity because we look a little toothless going forward at the moment, it’s worth noting that with this defence and goalkeeper playing at their current levels, we always have a chance of earning at least a point from every game.

Emi’s absence is of course a painful one in an attacking sense but I’d argue injury or illness to any of that defensive triumvirate would be every bit as damaging.

Friday will offer an altogether different challenge; one in which our opponents will set out to play themselves rather than disrupt. Swansea will look to wrestle the initiative from us and look to impose themselves through keeping hold of the ball – the complete antithesis of the last three games.

As a result, Teemu Pukki and co may find themselves with a modicum of extra room to work in, albeit against the statistically meanest defence in the division. And it will be played out on a surface that was relaid only three weeks ago and so should theoretically be far better than those at The Den and Oakwell.

It all makes for a very different type of challenge; maybe one more suited to Farke’s squad.

So, an important few days ahead, not least at Colney where Team Farke has work to do to rekindle the attacking spark that has been dimmed of late.

But we’re still top and will be even if the unthinkable happens on Friday night. Watford and Bournemouth (who have just sacked Jason Tindall) are both finding the going tough, so let’s keep our heads.