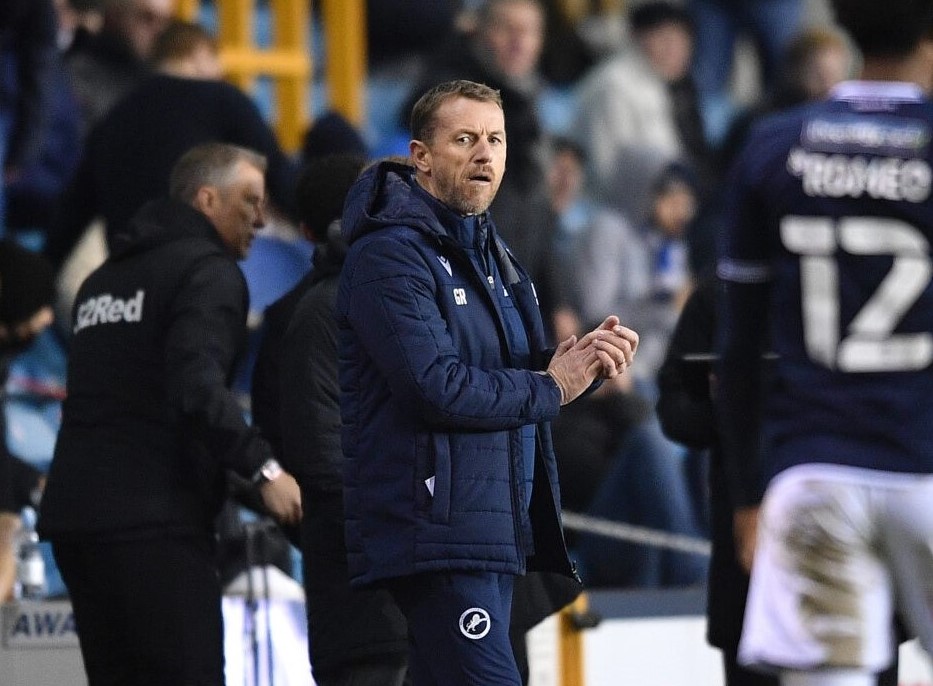 That was like watching the grass grow and paint drying while Waiting for Godot at the same time. Millwall versus Norwich City on Tuesday, February 2 has to be the most boring game I can remember since we lost 0-1 at home to a last-minute Terry Gibson goal against the original Wimbledon in, I think, 1988.

For the third time in a row, we have been stifled by a committed opposition employing an unremitting press that we found more or less impossible to bypass. And fair play to Gary Rowett and his coaching team [more of them later] – they did a job on us in roughly the same way Boro did on Saturday. Barnsley confronted us likewise the week before that but they did at least employ some flair – something which nobody could accuse either Boro or Millwall of offering.

I’m not normally one to watch highlights over and over again but I must confess I had to look at the two best chances of the match a few times each. Not ours, Millwall’s. I’m not too sure how Kenneth Zohore managed to nut that pinpoint cross from Scott Malone over the bar but he did – thankfully for us. A rare question mark against Ben Gibson for giving the Dane the freedom of Tim Krul’s back stick.

And as for the last kick of the game from Jed Wallace we were spared the ultimate indignity of conceding a point. Sure he was around 35 metres out but if Wallace had been a little more composed when Kieran Dowell *played him in*…..

Just as Gary said yesterday, I’m not too down when all things are considered and as other folks have suggested elsewhere I’d take a third 0-0 in a row at the Liberty tomorrow. I’d guess most of us would.

For what it’s worth I reckon Ollie Skipp summed things up rather well when he said:

“As a team, just to be more ruthless and take those opportunities is what we needed. You’re not always going to have 1,000 chances in a game so make sure that you’re testing the keeper at all times.

“Especially in the last 15 minutes, perhaps they started coming into the game and had some penalty shouts, but it’s always nice to get a clean sheet, but we go into every game wanting to win and that was our attitude going into the game tonight.

“We’re disappointed but will look forward to the next game and be ready for that.”

That’s a good call on the penalty shouts Ollie. Keith Stroud would have awarded both of them. Rowett was gracious enough to admit afterwards that neither incident was clear-cut and fair play to him for that.

Oh, I said earlier that I’d get back to Rowett and his coaching team and there’s no time like the present.

Forcing my debit card out of my wallet with a crowbar I watched on iFollow. I have no idea if there was commentary available or not but knowing it would not be Chris Goreham and an ex-player of ours I didn’t seek out how to turn it on.

Now I have heard some strong language in my time. It’s part of life in the police service, a 50-strong printworks when you can hear the effing and blinding over the machinery and certainly the kitchen in a well-known Broadland Hotel where I worked a couple of summer seasons.

That was so bad that we once had to turf out a disgruntled customer who came into said kitchen to spontaneously complain and remind us that we shouldn’t say anything to each other that we wouldn’t have said in front of our respective mothers.

I often used to hear the *notorious* Murphy brothers [good guys, Paddy and Barry] in full flow at Blofield Rec, so I know bad language instigated by passion when I hear it, believe me.

But the barrage from Rowett and his crew was truly something else. I didn’t detect anything untoward in any unwarrantedly abusive sense but by the Good Lord they were loud.

Eff this, eff that and eff the effin’ other wasn’t in it.

And I’m sad to say I found that the most entertaining part of the game.