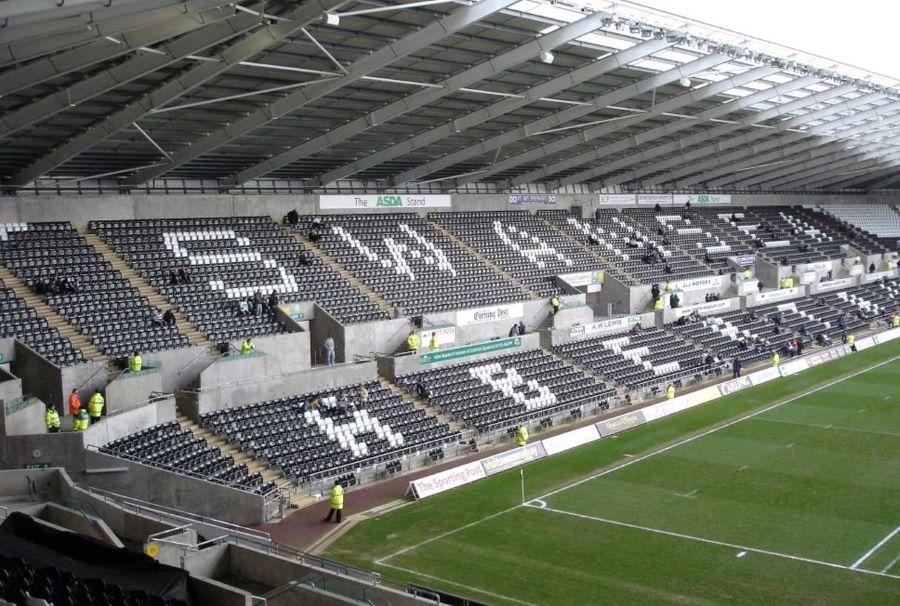 The omens didn’t look good.  The portly sight of Simon Hooper leading the teams out onto the pitch and an opposition containing Conor ‘always scores against Norwich’ Hourihane did nothing to ease the pre-match nerves.

Daniel Farke restored Jacob Sorensen to left-back and brought Kenny Mclean back in for Mario Vrancic. I hesitate to say he was brought into the number 10 role, such was the flexibility of the Norwich formation that at times even saw Max Aarons popping up on the left-wing.

Norwich played with much more energy than recent weeks in an open first half. Todd Cantwell was at the heart of most of the Norwich moves, enjoying time and space for the first time in weeks.  He played Teemu Pukki in for a difficult chance but the Finn pulled his shot weakly across the face of goal.

City were defending well though, only on a couple of occasions did Swansea threaten, the dangerous Jamal Lowe giving Grant Hanley the slip to get a shot away that Tim Krul saved well.

A looping long throw saw an excellent block at the far post by Aarons to put the ball out for a corner. As the corner came in, Krul rose confidently to catch it, only to fumble it at the last moment.  The ball was played back into Ayew who somehow dug a shot out past five City defenders to open the scoring.

City went straight up the other end and from a Placheta free kick, Hanley rose above Ryan Bennet only to see his goal-bound header well saved.

After some of the calamitous defending at the end of last season, this season has been refreshingly error free and it was uncharacteristic to see Mclean give the ball away in a poor area. A quick pass and a rifled shot from that man Hourihane was nestling in the bottom corner from fully 25 yards out.

Farke acted decisively. Off went Skipp, Rupp and Placheta and on came Hernandez, Idah and Vrancic.  Placheta was once again ineffective and unable to show his pace, Skipp and Rupp did little wrong though.

Idah immediately began to exhibit his more muscular presence up front, holding the ball up well initially and making a nuisance of himself.

Hooper clearly left his cards in the dressing room in the first half and wanted to make up for it. A rash of cards and free kicks disrupted the flow of the second half, and City rarely got any momentum going.  When they did fashion chances, they were rarely more than half-chances and were snatched at.

Is the pressure beginning to weigh on the shoulders of the City players?

Kieran Dowell was the final change. Cantwell had had a good game, some great turns, driving runs and through balls, but to no avail. City switched to three at the back and despite a late flurry of half chances and crosses, never really carved out a clear-cut opportunity to get back in the game.

So another unbeaten league run comes to the end.

More ammunition to those who claim that without Emi there is no Norwich -and who can blame them?

Neither Placheta nor Hernandez have made compelling cases for inclusion in his absence. Pukki has been left feeding off scraps and for all his virtuous endeavours, Cantwell has been unable to serve up anything more tasty.

After every league defeat so far this season, City have bounced back – now is not the time to change that record.