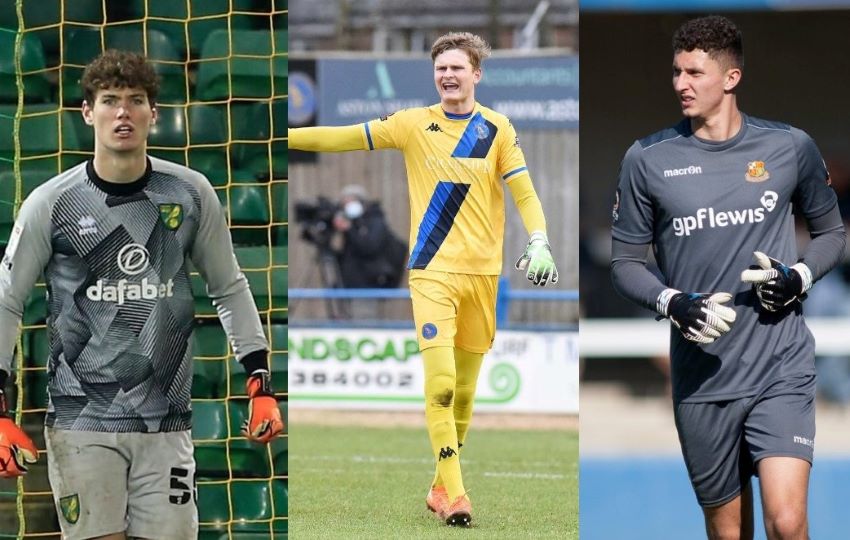 Norwich City have a history of goalkeepers adored by their fans, from Kevin Keelan to Tim Krul and from Bryan Gunn to John Ruddy. As I started my deep dive into the Canaries’ development squad, it occurred to me that the next of these may already be at the club.

The most obvious is Daniel Barden, a player who started the season with the Under-23s but has become an established member of Daniel Farke’s first-team squad; the 20-year-old affectionately known as ‘big bad Barden’ among the fanbase.

Barden now has four first-team appearances and 315 minutes under his belt, looking calm and assured for the most part and keeping a clean sheet against Championship counterparts Coventry City in the FA Cup. He was thrust into the limelight following a string of injuries to Krul and Michael McGovern, but dealt with it surprisingly well and kept a cool head, replicating his senior mentors’ distribution and providing a calm response when called into action.

One of the ‘keepers that was previously firmly ahead of Barden in the pecking order, however, is 22-year-old Aston Oxborough, who impressed enough on loan at Wealdstone in 2019/20 to secure a League Two loan move. He joined Salford City for the season before an Achilles injury ruled him out for most of it. He returned to the club and any football he plays from now until summer will be for the Under-23s, although he’s worth noting as a good young stopper who has sadly gone under the radar of late.

Another City ‘keeper who’s gone unmentioned for large periods this season is Archie Mair, who’s spent the last few months on loan at King’s Lynn. He won October’s player of the month award at The Walks and is thriving under the stewardship of ex-City full-back Ian Culverhouse, collecting five clean sheets from his 17 appearances despite Lynn’s relegation battle in the National League.

Mair may currently be plying his trade in the fifth division, but the fact the club paid a fee to bring him in from Aberdeen and his young age of 20 suggests there is reason for optimism around the Scottish under-19 international’s future. Those within the club are very pleased with Mair’s progress and there’s a feeling that, among the current crop of young ‘keepers, Mair may end up being the best.

Speaking of bright futures, Joe Rose is another hopeful stopper in the under-23 ranks. Slightly younger than Mair at 19, Rose impressed me despite picking the ball out of his net four times at the Crystal Palace training ground, pulling off some excellent stops and holding on to shots he had no right to, keeping the score at a comfortable loss rather than an embarrassing thrashing. The Englishman started his loan journey at Bury Town this season but was another to see his season curtailed, this time due to the pandemic.

A City goalkeeper in desperate need of a loan move is Jon McCracken, another Scottish youth international. He’s mainly featured for the development squad since signing from Hamilton in 2016 and has regularly captained the side, keeping four clean sheets from nine appearances this season (including a penalty save in one) and appearing thrice in under-21-senior-team crossover competition the EFL trophy in 2020.

There is still a feeling at Carrow Road, however, that McCracken has work to do, and his seniority over Rose and Mair as well as his limited first-team experience mean he’s a fair way down the pecking order.

With such a wealth of talent, the question now becomes the secret formula- how so many good young goalkeepers are coming out of Norwich City. Previous production of the likes of Angus Gunn suggests there’s something in the Norfolk water, but the reality is quite different.

The truth is that recruitment has been as key as development for the Norwich City academy, and three of the five goalkeepers mentioned were actually signed from other clubs. Stuart Webber may well be famed for the captures of the likes of Emi Buendia and Teemu Pukki, but the greatest bargains may well prove to be players like Mair, McCracken and Barden, who was released by Arsenal along with outfielders Josh Martin and Matthew Dennis.

As ever with this iteration of Norwich City, the future is planned for with Webber. With the talent currently within the ranks at youth level, ‘in safe hands’ is a particularly apt description.