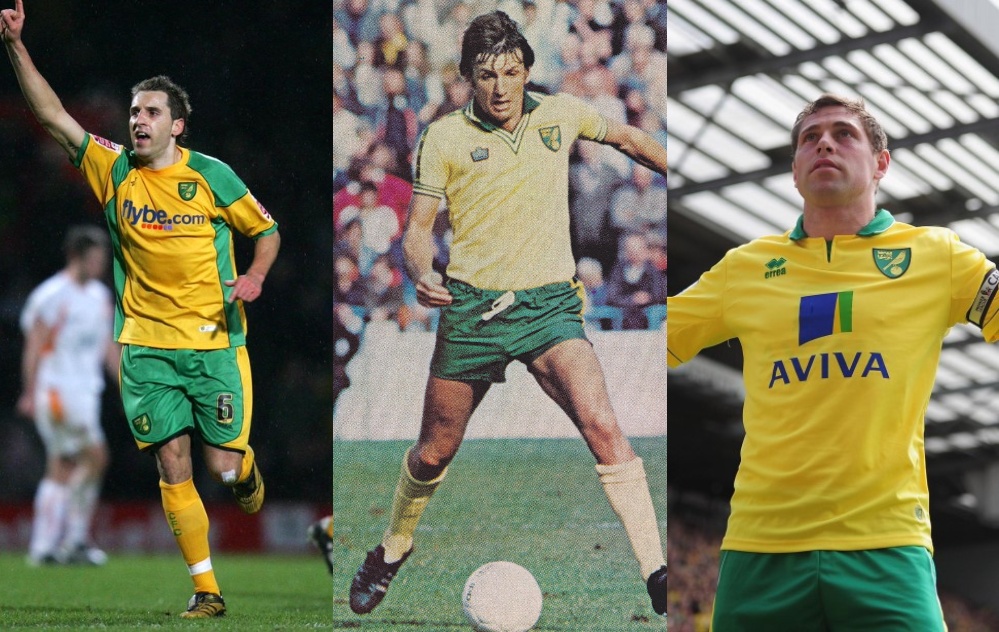 In a naïve poll I put out on Twitter this week, I posed the question as to Norwich City’s greatest ever player. The results of the poll were decisive, but the responses I received as to players I had omitted exposed just how broad a discussion I had started.

The truth is that identifying the greatest player in Norwich City history is not only a matter of impossible comparison, with various statistics suggesting various players while some simply dismiss statistics as a metric to decide the greatest players, but also a matter of definition; what makes a great player? Success as part of a team, contribution to the team, relationship with the club or how good they are to watch?

The fact that ‘GOAT’ has become a joke term with which cult figures at most clubs are now labelled shows that we’ve given up on trying to decide, but with the help of several more specific polls, I set about at least trying to establish the best in certain categories.

The most difficult category to filter to Twitter’s maximum four options was the ‘best technically’ poll, but given how pitches have improved and technique has therefore developed, I managed to narrow it down to three modern options and one slightly more retro one. My own experience watching Emi Buendia, Wes Hoolahan and James Maddison meant I had to include them, while the sheer number of replies advocating for Ian Crook when I omitted him from my original poll led me to looking into Crook and realising technique was his strong side.

City fans ended up voting quite comfortably in favour of Buendia, which brings up another issue in the GOAT debate in recency bias, but is likely also down to the fantastic first touch displayed in his goal against Bristol City, as well as the outrageous flair so regularly seen but at its best in his goal against Hull City in 2019. Maddison’s aptitude from set pieces highlights the quality of his technique, but he struggled alongside Crook, and they were both unsurprisingly beaten by Hoolahan, whose 131 goal involvements in 351 City games showed the quality of a technique which is still flourishing at 38 with Cambridge United.

Consistency is one of the less appreciated aspects of football by fans, but it’s loved by managers and it separates talented players from great ones. My second poll was a slightly more mundane list than the first but included some names who are bona fide legends of Carrow Road because of their consistency. Adam Drury displayed fantastic consistency in his 11 years with the club, and came out on top with more than half of the vote. Drury’s consistency is underlined by the fact that he regularly started for no less than eight different managers, fitting each system and ensuring he was irreplaceable in his left-back role.

He was followed by Grant Holt, whose goalscoring consistency is matched only by Iwan Roberts, Holt’s aptitude at the highest level ensuring he squeezed in ahead of the Welshman. There was a time in Paul Lambert’s reign when a City match felt incomplete without a Holt goal, and he also managed to consistently wind-up opposition supporters.

Also included were Martin Peters, whose maintained level of performance even as he reached the twilight of his career is to be commended, and Jonny Howson, who consistently impressed even in a grim 2015/16 season that ended in relegation, scooping the Barry Butler that year.

A vital component in legendary status is simply how enjoyable a player is to watch. While the skill and talent of the likes of Buendia and Hoolahan are to be marvelled at, this category exists to reward a player’s ability to activate the primal instincts of a fan at the Carra, elevating them from their seat as their pulse starts to race.

The players most typically associated with this ability are wingers, and all four of the nominees were. Darren Eadie also deserves a mention given he forced his way into England youth sides with his brand of pacey wing play, although I tried to create a poll that included something for every generation of Norwich fan and thus Onel Hernandez was included.

Pace and excitement are best served running into space, so it makes sense that two of the poll’s players were pre-millenium heroes that regularly faced less compact defences. Dale Gordon and Ruel Fox were players who possessed bags of pace but also had a trick in their locker and the end product that may be lacking in City’s more recent flankers. Fox, one of the more nationally celebrated of City’s successful group of the mid-90s, underlined his ability to excite by moving on to Newcastle United, where skilled and pacey dribblers are revered more than perhaps anywhere else.

Nobody came close, however, to Darren Huckerby, whose ability to excite was also highlighted in the number of fans who have told me he was their favourite ever player. Huckerby was the shining light in an otherwise dull five years for the club, crowned player of the year twice including in his only season as a Canary in the Premier League.

Football is, after all, a team sport, and any discussion as to great players must include what they did for their clubs. This category honoured that aspect most, and included four ex-players whose names will forever be most strongly tied to the fine city.

Jeremy Goss, along with owning the single most famous goal in the history of the club, played at Carrow Road for 12 glorious years and continues to be involved to this day, working in an ambassadorial role. He was still beaten by three other players, however, including Duncan Forbes, who was described as “the rock on which a new Norwich City was built” by Mick Dennis and whose death inspired an outpouring of grief and tributes.

They were joined by two former players who became managers, albeit one far more successful than the other. Dave Stringer played for Norwich between 1964 and 1976 and oversaw one of the most successful periods in the club’s history as manager between 1987 and 1992. Bryan Gunn could do little to prevent relegation to League 1 in 2009 but was nevertheless voted clear winner in the poll.

He became City’s greatest goalkeeper in nearly 400 appearances, quite literally inspiring the next generation. His son Angus came through the academy system before returning for an impressive loan spell in 2017, an advantage Gunn has over any other player who can claim to be the Canaries’ greatest.

A decidedly more subjective category, enquiring as to supporters’ favourite player is more cause for celebration of the weird and wonderful tendencies of football fans than for debate around a club’s greatest player.

I must confess that my first favourite Norwich player was Gary Doherty, although I’m sure that was down to him being the first player I saw a picture of in a Norwich kit, as oppose to any strong connection I have to rugged Irish centre-backs. As previously mentioned, Huckerby was the most common response to the favourite player question but some highlights include Jed Steer, Robert Fleck, Mark Bowen and even Colin Suggett.

In conclusion, it will never be fair nor possible to decide on one true ‘best’ player in the history of our fine football club. Each fan will have a varying opinion as to what adds up to a great player, and which players have achieved this based on varying metrics.

What I have learned is that there are a great many fantastic players to discuss, and discussion is one of the greater aspects of being a football fan.