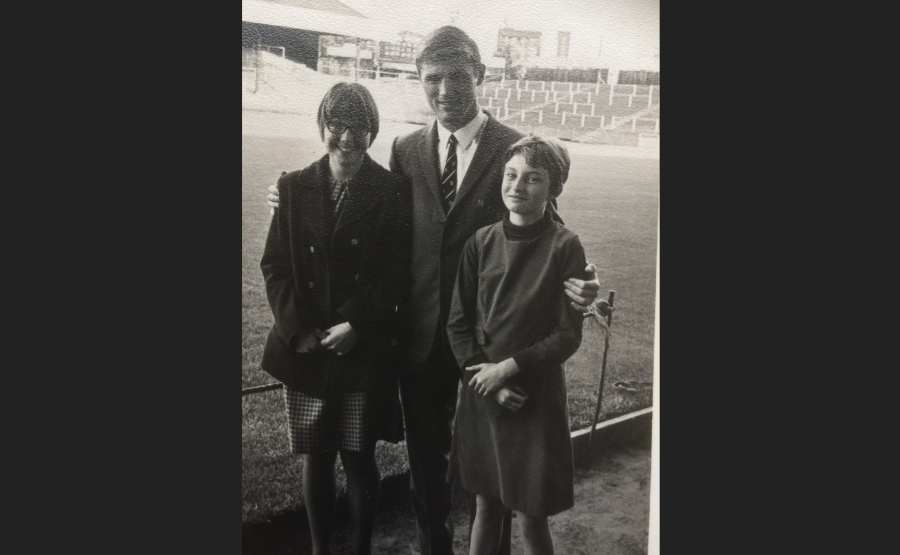 To most Norwich City fans the passing of Norwich City former centre forward would be met with a respectful acknowledgement of another City player from the past leaving us, or perhaps another sad statistic added to the ever-increasing list of ex-players struck down with that dreadful disease Alzheimer’s.

To me though, John Manning was a bit more than that. John was a big tough centre-forward who City had signed from Shrewsbury Town in 1967 at the time when I first started my love affair with the football club. John, together with Hugh Curran, forged a formidable partnership up front and will particularly be remembered for his trademark bullet-like headers.

As an impressionable 14-year-old I have to admit I had a bit of a crush on him and the football club was everything to me. At a time when I probably should have been concentrating on calculus and reflexive verbs, I was more interested in league tables, fixture lists and absolutely anything that had to do with ‘Norwich City’.

Every school holiday my friend and I used to cycle down to the Trowse training ground (Colney was just a posh part of the city in those days) and watch each training session. I lived at the Heartsease at the time so that meant every trip involved a steep climb up Ketts Hill on the way home. I thought nothing of it at the time.

Oh, to be able to do that now!

In those days you could just rack up at Trowse. There was no such thing as security. You could just stand on the side-line and watch, Sometimes you could even kick the ball back. The thrill! The manager in those days was Lol Morgan and he seemed okay with it. The only person who was a bit difficult was the first-team trainer George Lee. He was grumpy and sent us away once. He said he was concerned we’d hear bad language!

He’d obviously never been on the number 92 bus home from the Hewett.

I remember one day we walked down instead of cycled for some reason and the late Terry Anderson gave us a lift back to the station after training. We were so dumbstruck we didn’t utter a single word between Trowse and the railway station. After that we walked down every time in the hope of getting another lift but it never happened again!

It wasn’t easy following your team in those days. There was no internet and you had to rely on the local paper and the PinkUn for any news. I used to sit on the garden gate each day waiting for the paperboy to come so I could find out what the latest was.

We were in Division Two at the time (the equivalent of the Championship) and the lower leagues never made it on to national TV. The only TV coverage was on Anglia on a Sunday afternoon. The ‘local’ region covered an area from Hull City in the north, Northampton Town in the west and Colchester in the south, so City didn’t get many minutes.

Football then, was very different. The FA Cup was a thing, there were no loan players and the team had a new kit about every five years. Players didn’t earn a great deal. On match days my friend and I used to get to the ground at 12.30pm to get autographs. All games, same players every week!

We used to stand behind the goal City were shooting into in the first-half then and at half-time walk round to the other end to do the same.

Yes, you could do that!

But it was enough for me to start a life long love affair with the football club that persists to this day and I guess always will.

Two years ago, I joined a Facebook group called ‘Football Historians Research Group’. I was contacted by a man who knew John Manning and I told him some of these stories and sent him some photographs.

At this time, although in poor health, John still had his faculties and he told this man to tell me to give him a ring and talk about the old days. Even in my mid-sixties, the prospect of taking to my hero immediately rendered me a speechless jabbering wreck and I declined.

It’s too late now. I really regret that and always will.

The header photograph is of me and my friend with John at Carrow Rd open day at the end of the 1968/69 season.