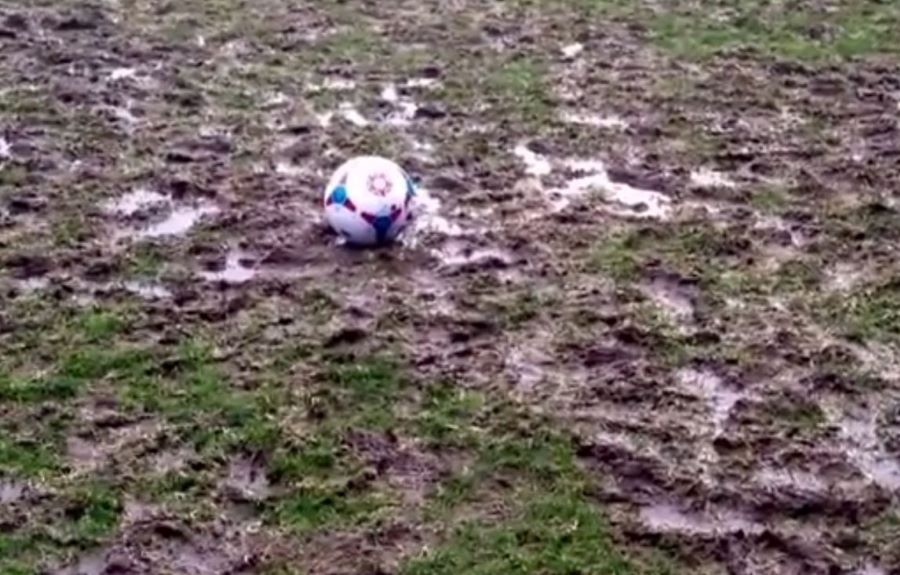 When I worked a bar back in the day one of the nicest guys I ever met was Bill Mason, who was head groundsman at the Metropolitan Police 3 Area sports & social club at Chigwell in Essex. All god knows how many acres of it, complete with massive stables.

Bill and his small team had to look after half a dozen football pitches, a couple of designated rugby pitches and also prepare cricket strips in the summer. It was a beautiful building and the grounds were equally impressive. In those days, weaves of grass and Astro didn’t exist so I’d suggest Bill’s job was equally as skilled as that of the current generation.

Having seen St Andrew’s on Wednesday I would love to go back in time and ask Bill his opinion of the swamp [sorry, surface]. I know it’s utilised twice a week every week but even so it was dreadful. It looked like a back garden thrown down by a UK property developer named after an exotic edible fruit. I don’t do libel but in this case I would have loved to have made an exception by being more specific.

But on said swamp [where the risk of injury must have been a concern] we did the perfect job against a Coventry City side who suffered a first-half double whammy from our very own Chuckle brothers in rancid shirts. Emi and Teemu of course indulged in *to me, to you* and both resulting goals were a joy to observe.

We could have had a couple more if Coventry keeper Ben Wilson hadn’t been equal to a superb Grant Hanley header or if Pukki’s cross to the onrushing Todd Cantwell hadn’t somehow ended up six inches behind him.

In the second half operation Game Management was deployed – and to great success. The closest the Sky Blues came was a well-struck shot from distance courtesy of Gus Hamer that had Tim Krul at full stretch. They offered comparatively little although there is no doubting their workrate or commitment. Will Mark Robins keep them up? Yes I think so, just.

It’s a duck shoot I realise, but the Radio Coventry commentator was like a schoolkid who had done no revision for his GCSEs. We had Martin Krul, Timmy Pukki and *the guy on the left* who presumably couldn’t pronounce Giannoulis. Luckily he was balanced by an old adversary of ours, *Big Oggy*. Steve Ogrizovic alone should have carried that broadcast. I think most of us realise how lucky we are to have Chris Goreham at the helm.

Player-wise [apart from the obvious Pukki and Buendia] I would single out Olly Skipp yet again, an improving Dimitris and particularly Todd Cantwell, who I thought was largely magnificent on the Evostik surface.

Brentford stuffing up again is no concern to them according to Nick Bruzon of *Last Word* fame. Other views are available on another Brentford fansite, Beesotted, of course.

Swansea’s late winner against Forest? We might not like it but we couldn’t influence it so, so what!

As for our quick return to St Andrew’s on Tuesday, if I had a TARDIS and there were no Covid restrictions I would love to go to the match with Bill the groundsman so I could watch the game and he could give me his thoughts about the pitch.

Please Bluenose executives, keep Aitor Karanka in the job until you’ve played us.