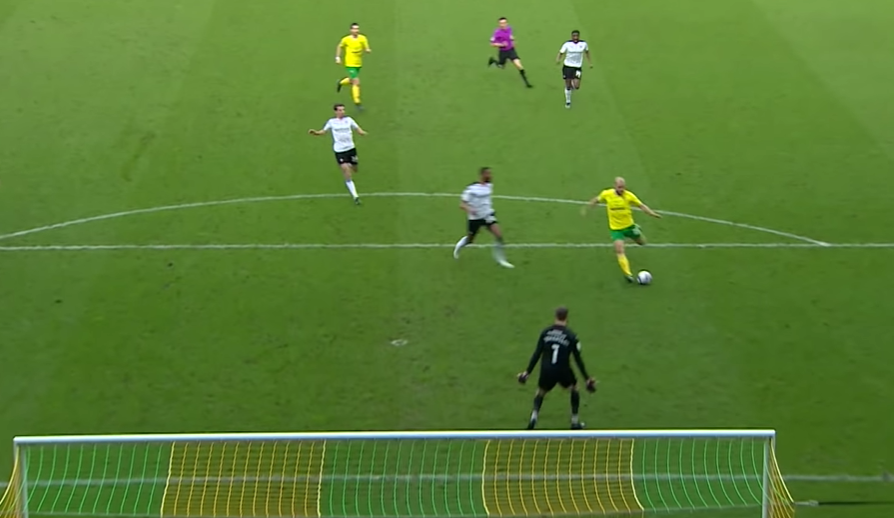 I would ask MFW readers to join me in thinking about the moments in our lives when we have all been nervous. You know what I mean – a first date, taking your driving test, sitting exams you knew you’d done no revision for and, in my particular case, every single adult dental appointment I’ve ever endured.

Consider these memories and consign them to the dustbin. Whatever your personal bête noir, nothing surely could have compared to the 52 minutes that was our second half against Rotherham yesterday.

I have a number one cut so therefore no hair to pull out and my teeth are not adapted for biting fingernails. Sadly I smoke, which was my only release from Saturday’s stress. I can almost always manage 45 minutes without one of my habitual small cigars and I don’t smoke indoors but I made three, repeat three, brief trips into the garden yesterday during the second half.

Why this particular half of a match, you might well ask. Well, because it would have ruined a perfect day if the Millers had somehow manufactured an equaliser. Brentford had lost the early kick off at Coventry [well done Mark Robins and Sam McCallum] and Huddersfield were popping them in against Swansea. If we won we would go seven points clear. That’s why it meant so much more to me than usual that we held out for this particular win.

That seemingly irreplaceable combination of Teemu Pukki and Emi Buendia worked wonderfully again for what turned out to be the only goal of the game but let’s not forget the wonderful dummy from Todd Cantwell that allowed Pukki to bear down on Viktor Johannson’s goal. It looked as if he was waiting for Johannson to balance himself before placing the ball through the keeper’s legs.

Maybe I’m giving him too much credit but it does look that way on the replays!

On the subject of combinations, I thought Ollie Skipp and Kenny McLean were really on it. We got a bit of a physical battering out there but along with Grant Hanley and the recalled Zimbo we stood strong – and the wide defenders weren’t too bad either. Dimitris Giannoulis had his best game yet in a yellow shirt and, although he was a little quieter than usual going forward, Max Aarons made an absolutely crucial block from Matt Crooks.

Tim Krul didn’t have that much to do but was a confidence-inspiring presence at the back as always.

Haven’t I missed somebody out? Oh yes, you Mario.

There were some nice touches and we know that you see what many other players cannot but you’re not a natural finisher in open play and that’s for sure. Kieran Dowell’s behind you and the Stieperdude should be back soon. Daniel Farke knows best but to my mind it could be back to the bench sometime pretty soon.

Of course credit to Rotherham for giving it a right good go but if we’d taken any of our numerous chances [particularly in the first half] my nicotine consumption would have been at normal levels but odd-goal wins are generally our method this season so I can’t really complain.

We’ll have to find a way to deal with a Birmingham side that will park their bus and several of their players’ SUVs as well but we should have Ben Gibson and Jordan Hugill back which will make our bench look formidable.

Just to complete our perfect day there was no flare-up at Portman Road in the blandest of draws – 1p5wich 0, Oxford United 0.

In the end and despite my nerves it was indeed the most perfect of days.