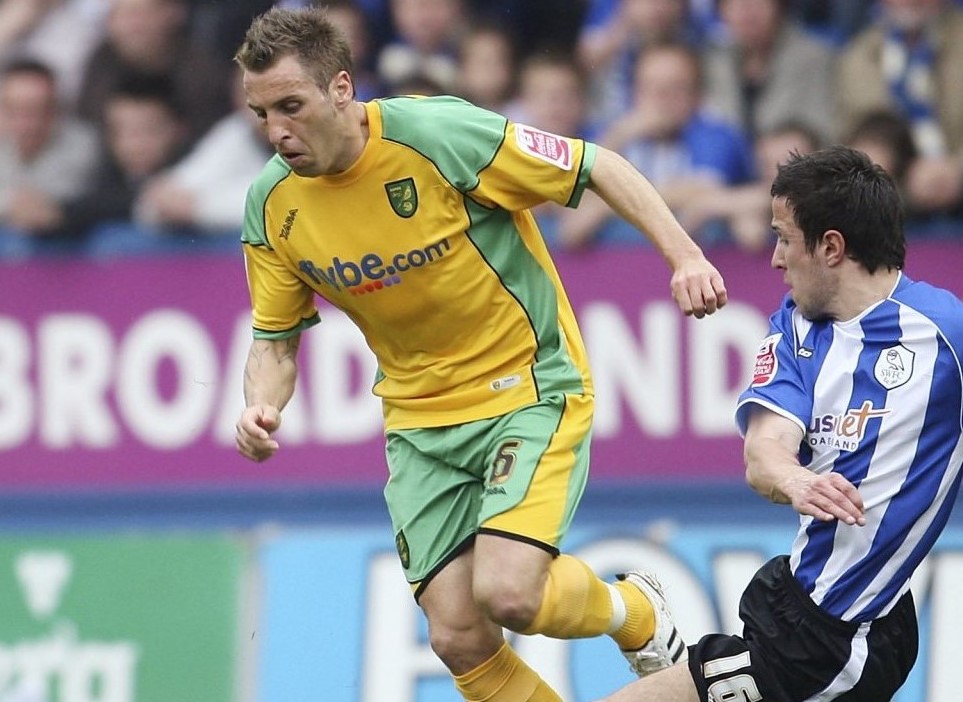 Darren Huckerby’s relationship with Norwich City was at one time a complex one.

Largely responsible for City’s 2004 promotion and player of the season in the Premier League, it appeared that nothing could keep the former Coventry, Leeds and Manchester City forward away from Carrow Road.

Glenn Roeder’s vendetta brought an abrupt and confusing end to his time the Fine City but, more than 12 years on, Hucks’ love for the club has clearly never been stronger.

“The day they let me go I bought three season tickets for me and my boys,” Huckerby recalls, “I was just happy to be part of the club. I always said that this is my home, Norwich is my club, even though I played for a lot of clubs and I’m well regarded in other places, this is my club. It was an honour to coach, it’s an honour to be an ambassador. If I’m associated with Norwich ‘til the day I die, then I think I’ve done something right.”

In our interview, the former England Under-21 international shared plenty of happy memories from his time at Carrow Road, although the one that highlights his commitment the most is a sombre recollection during his original loan.

“One of my lads just, I don’t know just went all floppy and I think he was only about three or four at the time,” Huckerby said. His son had suffered a seizure on the morning of a crucial match for Norwich against Crewe Alexandra.

“I didn’t know what to do. He couldn’t talk, couldn’t do anything so I rang up Robbo [Iwan Roberts], and said ‘what do I do here?’ We took him to the hospital and then I went and played the game. I managed to score on that day. We beat Crewe 1-0.”

Huckerby’s sacrifice for a team he wasn’t even permanently playing for illustrates the importance of football in his life, and how seriously he takes the responsibility.

“Soon as the game starts that’s the only thing that matters. You’re in that moment and you’re there to do a job,” he said.

Such an attitude clearly endeared Huckerby to his manager Nigel Worthington, a man he got to know well and was disappointed to see leave NR1.

“It’s not great,” he explained. “I probably wasn’t fully fit when I played that last game but the only reason I played was because I wanted to try and save Nigel’s job. Everyone had a lot of respect for Nigel and it was a shame when he went.”

Worthington was one of the managers most synonymous with Hucks’ career, and Dion Dublin had a similar influence when it came to teammates. The pair formed a formidable strike partnership at Coventry, and Huckerby revealed the part he played, positive or detrimental, in Dublin’s Carrow Road return:

“Nigel did come and ask me ‘what do you think of Dion coming back?’ and I was like ‘well he’s like 37!’ It’s funny, when I was younger coming through I played with Dion at Coventry, and then I was one of the older players at Norwich, and Dion was one of the older, grandad players! We started together and we finished together.”

The full interview will be available on MyFootballWriter’s official YouTube channel, Norwich Talk, on Monday, where Hucks discusses his transition from striker to winger, the stars of the current team, his ex-Norwich City 5-a-side selection and more.

Without giving away too much, I’ll reveal part of his answer to the third topic, and to anyone who’s aware of Hucks’ trademark confidence it won’t come as a surprise: