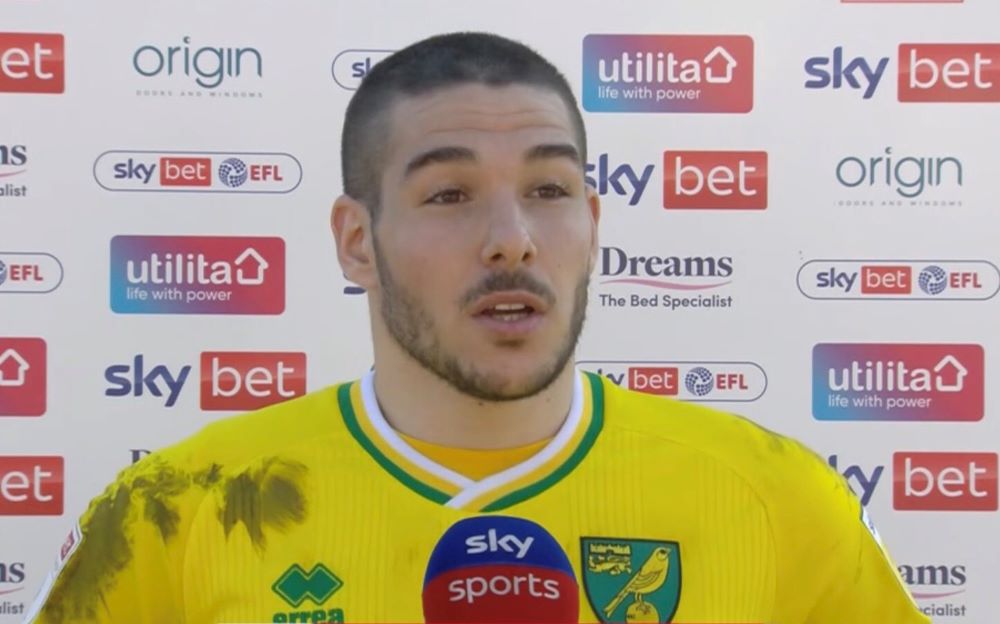 I’ve never been shy of saying I’m a bit of a pro/am chef so this revelation should come as no surprise to regular readers of MFW.

One of the finest things I ever bought for myself is an old-fashioned, traditional pestle and mortar. Make your own garlic mayo? Put together a mix of your favourite herb combination? Grind oriental spices?

It’s far superior to any modern electrical appliance but it takes a little bit of effort and indeed patience to reap the benefits.

And that technique’s exactly what we used the footballing equivalent of at Adams Park on Sunday when we ground down a very strong, committed and stubborn Wycombe Wanderers side. Subtle and patient, we got there in the end as we so often do.

I won’t dwell on the on-pitch action too much as Gary covered that yesterday, but I still have a few observations.

Mario Vrancic did everything right with the early free kick that David Stockdale got his left paw to. Any other day and that one would have surely been in – a lovely hit.

Emi Buendia was once again seemingly everywhere on the pitch and his telepathic cross for Teemu Pukki was dispatched via a wicked deflection that fazed the otherwise excellent Stockdale.

We were extremely lucky there was not a spot kick to Wycombe at 1-0. VAR would have awarded it for the Tim Krul elbow without a doubt. If we were playing Liverpool it would have been awarded twice.

Gareth Ainsworth’s bizarre decision to introduce all five substitutes at once confused me but I guess, if you’re going to go for it, but… their $hithousing started very early again and continued when they were only 0-1 down, even after the subs. I don’t get that, I really don’t.

An unexpected bonus was that we scored our second from a corner. Emi took it, the excellent Kenny McLean flicked it on and there was young Adam Idah to prod home from Stockdale’s block.

And that was that, as in three thoroughly deserved points.

I don’t often watch us via Sky but I did this time around and learned a couple of things whilst doing so.

First of all co-commentator Lee Hendrie was totally unbiased in the way the match itself unfolded, but was extremely complimentary towards us throughout, as were Curtis Davies and our very own Russ Martin immediately afterwards. Good coverage imo.

But what I really had no idea of was… the riddle of the socks. Max Aarons had a tape problem with his and I didn’t understand quite why until it was explained that he [and others] wear their own – more comfortable? – ones underneath and cut the feet out of the club issue nylon ones and gaffer tape one over the other. I simply had no idea.

I also learned that Emi hasn’t lost his charm. In his after-match interview, delivered with arms akimbo and a big smile, he said:

“It was a very, very good win. It’s always difficult in away games, today was a tough first half, they made things really hard for us and we kept patient in the second half to find the solution.

“One of them created space in behind for me to find Teemu [Pukki] to score the first one and the second one, [Adam] Idah was really aware in the box, he’s a good striker. It’s a very big win for us.

“Our relationship [Buendia and Pukki’s] is really strong. Everyone knows our relationship on the pitch, I always try to find him and in this case, I saw his movement and he was really focused to finish the goal.”

You cannot argue with that.

We all know who we’re playing next. The boys who until very recently inhabited Griffin Park. Now that one could be quite a game for all of the iFollow crowd to watch and I for one would take a draw right now – but only because it would suit us, not because I’m wishing for that type of game. Brentford will give as good as they get as we all know.

We won’t need my pestle and mortar to cope with the Bees – it should be a fine game of football and may fortune favour the brave.