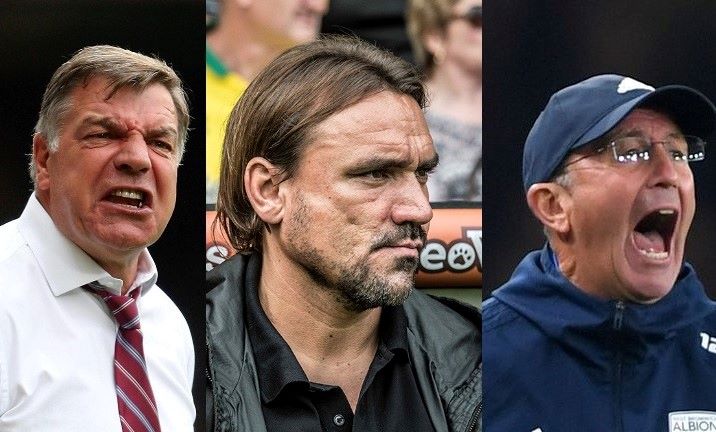 The classic, polite description of a manager who prefers 4-4-2, long balls and a big man-little man striker combination is ‘more pragmatic’.

The assumption is that managers who hope to play attractive football – who prioritise possession and encourage their goalkeepers to pass the ball short – are dreamy idealists who have little care for results, yearn for popularity and can’t pull themselves away from the unrealistic demands of the modern day.

Managers who ask their six-foot-four defenders to lump the ball into the channels and hate the stress provided by tippy-tappy football are ‘pragmatic’ – practical and sensible and grown-up.

This couldn’t be further from the truth. The idea that Sam Allardyce and Sean Dyche have visions of leading a team that play beautiful football, that entertain crowds and pass the ball fluently from goal line to goal line, is ludicrous.

They aren’t managers that yearn for the same style of football employed by the likes of Norwich and Brighton while recognising that such an approach is simply unrealistic for their sides.

In fact, the old-fashioned, safety-first mentality harboured by a frustrating majority of bottom-half Premier League sides is increasingly resembling a dreamy ideal.

It seems that patronising jokes aimed at the likes of City and reminiscing on an era when expected goals (xG) – now becoming a symbol of tribal modernity – were yet to be born have become popular pastimes for long-ball apologists.

True pragmatism would actually be present in an entirely balanced team which refused to eschew either robust long-ball football or tiki-taka or even high-pressing football.

A glance at the definition of the word actually reveals that the most pragmatic coaches are the likes of Carlo Ancelotti, Ronald Koeman and Zinedine Zidane – adaptable and refusing to be anchored by a specific vision.

It’s also worth noting that the goalposts are constantly moving regarding pragmatism in football. While recently the debate seems to be about how long and precise passes should be and how easily players should go down in the box, in South America in the mid-1950s the tug of war was between system and individual, in Britain in the 1800s whether hacking should be allowed in the game.

My point is that no footballing philosopher – from the tweeter with no followers to Pep Guardiola – has any real authority when it comes to deciding the ‘right’ way to play the game. But patronisation is coming.

Should City seal promotion there will almost certainly be at least one loss to a technically inferior, more robust side, at which point it’ll be widely and smugly proclaimed that little old Norwich were wrong to assume that they could come to the top table play proper football.

There will be at least five infuriating episodes of Match of the Day for Norwich fans to disagree with.

The important thing is that heads aren’t lost. Nothing tests loyalty like a Premier League relegation battle and, even when the unbeatable finally-back-in-the-ground positivity wears off and the Canaries have been thrashed by Manchester City, it will be more important than ever that the fans back Farke’s boys to play the way they want to.