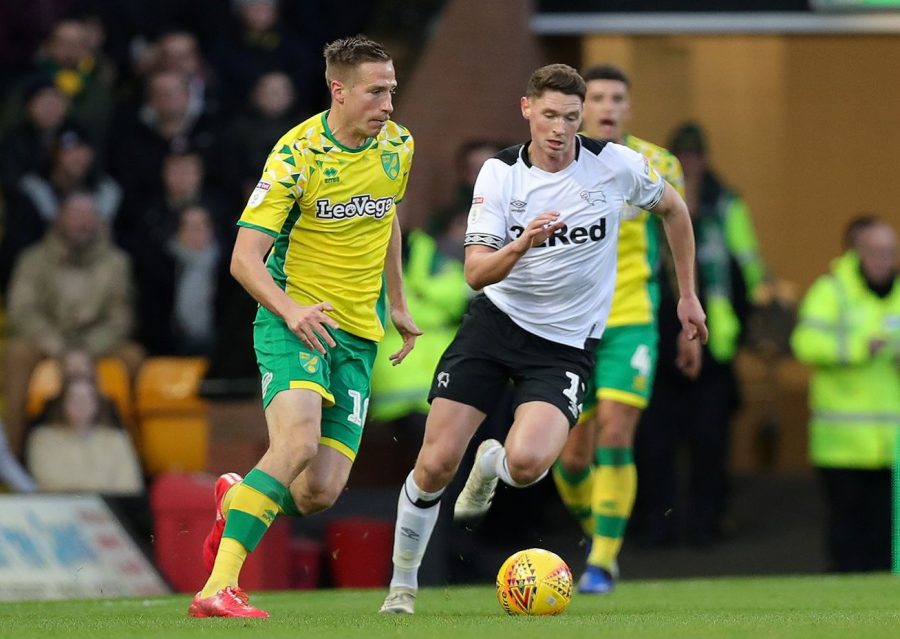 He’s not everyone’s cup of tea and, I suspect even by his own admission, his Premier League experience was his season horribilis.

Born to score goals he may be, but not so much when the Premier League is home. He wasn’t alone of course but I have often pondered what may have happened last season if one of those half-chances he spurned at Anfield on opening day had gone in.

I speak of course of the one and only Marco Stiepermann. Stiepi. The Stierpdude. Take your pick.

The news that he netted a brace for the Under-23s in their 3-1 win at Reading on Friday and is now firmly in the thoughts of Daniel Farke has to be a good thing.

At least for some of us.

For some, he’s awkward, slow, cumbersome and ungainly – adjectives of which are the very antithesis of those normally associated with Farkeball. Yet, for me. he epitomises it.

Many a heated discussion has been had in the River End as those around me berate him for being all of the above and more, even when he hit that goal-scoring purple patch that played a pivotal part in the 2018-19 run-in.

But that he’s on his way back as City look to squeeze the accelerator and pull clear(er) from the chasing pack can only be a good thing.

If there is a position in this team that is still up for grabs it’s at number 10 and a fit-and-firing Stiepi would, for me, be the final piece of the jigsaw while the ‘EFL Championship’ badge still adorns the sleeve.

If (when?) it’s replaced by ‘Premier League badge, then maybe there’s a different discussion to be had, but at this level, even with Kieran Dowell in the house, there’s a strong argument for him being that person to share some of the creative burden with Emi Buendia.

Mario Vrancic has done a fine job at 10 with his clever movement and passing but, for me, is not a natural in that position as he prefers time to get his head up and pick a pass. At 10 that time is limited.

The Bosnian always looks happier when he rotates with Ollie Skipp or Kenny McLean and drops into the hole to start the ball rolling rather than being expected to receive on the half-turn and release Teemu Pukki.

Dowell, the heir apparent to the 10 role, arrived with a fanfare deserving of one who’s ripped it up before in the Championship but not helped by a run of injuries – the first of which required surgery – it’s been a tough old season for him.

There’s a quality player in there. That much we do know. But it’s yet to click.

Stiepi’s early season demeanour was also far removed from the swashbuckler we loved so much in 2018-19 but much of his hesitancy and lack of precision we saw should attributed to the Epstein-Barr virus of which he was later diagnosed, with the balance being one of the things affected.

In addition, he was the first player in the squad to test positive for coronavirus, so it’s not been a good year for the Stieperdude but finally, the signs are good.

Those two goals at Reading’s training ground yesterday will have done him the world of good and his presence alone back in the first-team squad is a further boost at a time when things are ticking along very nicely.

As an unashamed member of the very unofficial Stiepi fan club, I’d love to think there’s plenty of Norwich City life left in the old dog yet.

And still time for promotion to be sealed courtesy of a Stiepermann special.