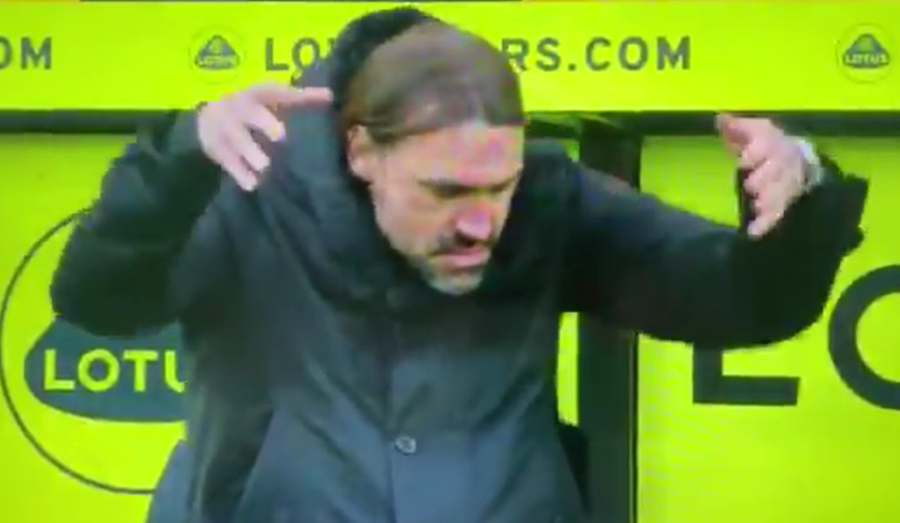 Norwich City fizzed against Luton Town to go Seven-Up on Saturday with an excellent performance that gained a well-earned win and more than a modicum of revenge for two early defeats at the hands of the Hatters at the dawn of the season.

That’s another three points in the can as the ship goes sailing on at full steam and we notched up a magnificent seven wins in a row.

This was pretty much a full-strength Norwich side and not the shadow squad Luton faced earlier in the season when we had 16 players away on international duty for the Carabao Cup fixture and could field only the barest of bare bones at Kenilworth Road for the early doors Championship game.

This was the real Norwich City in full effect. We were simply too good for the Hatters on the day and I’m scratching my head to recall a single shot on target from them. I’ll sure be willing them on against Swansea though.

Town manager Nathan Jones made a strange if honest admission after the match when he told the Luton News that he had his five changes planned and ready to go on the basis that he thought it would be easier against Rotherham than us so rested five regulars to *keep them fresh* for the Millers.

Unfortunately, according to Jones, it was too late to revise his match plan when he found out late on Friday that the midweek game had been called off due to Covid.

Now that’s a big compliment to us but it’s also a very rare admission for a manager to make. We all know that most teams do this [reference the cup competition of your choice in our case] but to hear it in such detail from the horse’s is pretty much unusual.

It’s quite nice to be compared to Man Citeh too Nathan – any excuse like that for a defeat is fine by us!

After an early wake-up call when James Collins hit the base of Tim Krul’s post at full stretch it was more or less all one way traffic. Teemu Pukki’s confident rising strike from Todd Cantwell’s classy lay-off was followed with a typical poacher’s finish from Emi Buendia’s deflected shot and that was largely game over – just as Hucks was saying to Chris Goreham on iFollow how important it was for Luton to hold it to 0-1 at the break!

There was still time for an outrageous flick from the bottom of Pukki’s boot that almost caught out Luton keeper Simon Sluga. What a goal that would have been and there are keepers in this league who would not have reacted to it, believe me.

We were pegged back a bit when manager Jones introduced three of his *resting* players just after the hour mark but nothing came from the fresh blood – there was no way we’d be losing this from here.

This was confirmed on 73 minutes when the largely excellent Cantwell took on a pass from Emi, tricked his way in from the left and completely deceived Sluga with a low shot just inside the keeper’s right hand post via the slightest of deflections. It was a much better finish than I originally thought having watched the playback a few times.

Grant Hanley could have made it four but it didn’t matter. Efficiency, superiority and MFW writers’ least favourite phrase, game management, saw us to what ended up as a pretty easy win.

Two priceless images from the game will remain with me for a while: the look on Pukki’s face when substituted on a hat-trick [he was all smiles later] and Farke’s technical area vent at Dimitris Giannoulis after his $hit foul throw.

Referee Dave Webb was a little bit too leniant for my liking, particularly for an ex-Chelsea hardman

Mystic Martin [I’m sorry Kev] has taken a look at our forthcoming fixtures between now and the international break and he sees nothing to fear. Yes we might slip up on maybe one or two of them, but I doubt it.

If we keep it going like this, we could have up to 91 points on the table when Teemu, Tim, Adam and colleagues jet off for their largely meaningless bout of training get-togethers and friendlies.

And we have a whole week back on the training pitch which Daniel Farke has been pleading for for some time now. So have Sunday’s opponents Sheffield Wednesday of course but they’ll have to prepare without the red carded shirt-ripper Julian Borner who won’t feature against us.

I don’t envy Darren Moore in his new job, and not just because of that specific incident.

I’m a bit late to the table admittedly, but I’m going to attempt to clear up the mystery of how to pronounce Max Aarons’ surname, once and for all. The original Aaron in the Bible – you now, the dude with the staff – was always traditionally pronounced Air-on, as Max prefers. I know that because like nearly all folks of my vintage I was forced to endure RE at school, so Air-ons it must surely be.

However my mate Swampy’s partner has a son called Aaron, who calls himself Arron so I can certainly understand the confusion. Adam Idah was asked recently and he said: *It’s EEda not Ida* which is far more clear cut!

I’ll end on a Principality theme as the Swansea 101st minute penalty rate soars by dedicating this to Welshman Nathan Jones: