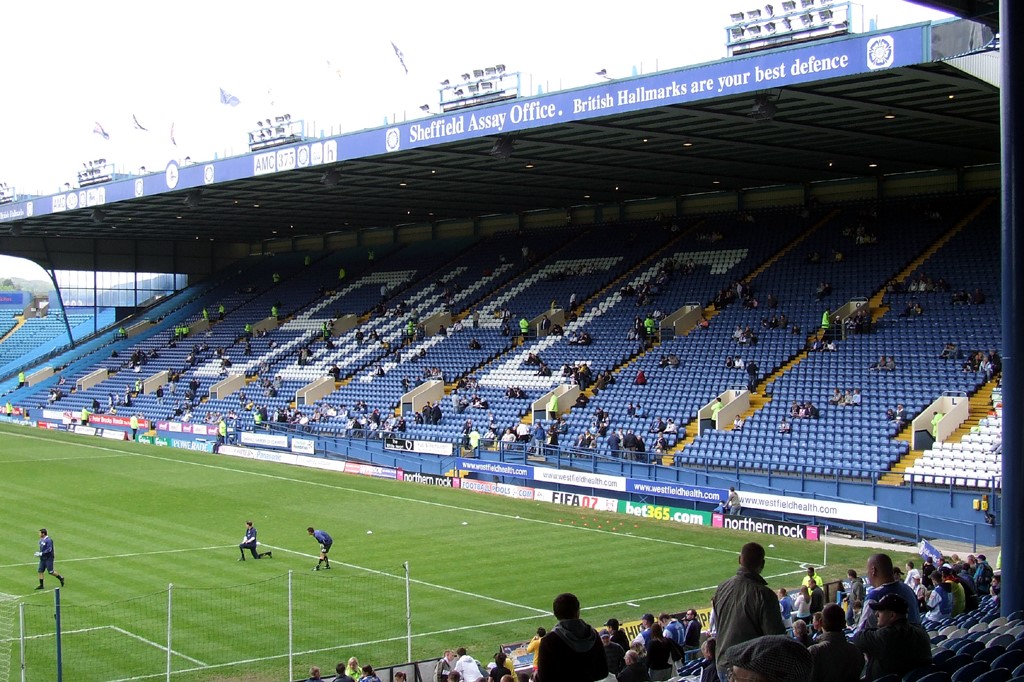 Ahead of City’s attempt to make it eight in a row in South Yorkshire, I was lucky enough to chat to presenter, podcaster, former Sky Sports and Blue Peter presenter, President of Blood Cancer UK and, of course, City fan, Mr Simon Thomas.

Thanks for joining us, mate. Appreciated. Has been an impossibly hard few years for you and Ethan, but has been wonderful seeing you fronting up Amazon Prime’s (very good) live coverage of some Premier League games. More Amazon work (and other stuff) in the pipeline?

Normally Amazon’s games are all over the Christmas period, but because of this being the strangest of seasons, all the broadcasters are having to do more live games so hopefully, there may be one or two more games before the end of the season. I’ve loved being back on the live football after being away for so long, so anything is a bonus now.

As you say, it’s been a strange and tough old year for everyone. Some have been drawn ever-closer to Norwich City the football club as a means of finding something positive to cling to, while others have struggled with the emotional attachment as (pretty much) the whole thing has been viewed through a screen. Where do find yourself between those two stools?

I think for me it’s been a mixture of the two – I feel part of Norwich’s brilliant story this season, yet I don’t. I think what unites any club is its fans. We’re the glue that holds it all together and I think because of the vast numbers of ways we can now all connect with each other it feels like we’re experiencing and enjoying this season together, even if we’re physically not.

However, I still cannot quite get my head around the idea of winning promotion without Carrow Road echoing to the sounds of “We are Premier League, say we are Premier League“. At least this time we’ll be spared the embarrassment of the team’s celebration tour of the Fine City being hampered by the bus breaking down!

Ha! This is true. The City Mayor (the real one) can also breathe a sigh of relief.

Looking back, relegation now feels like just part of the process or project (neither a term I love, but how else to describe it!) but it was still a tough watch. Once the cloud of disappointment had cleared after that disastrous run-in, did you begin the new one hopeful of a swift return?

No is the honest answer. I knew we had the squad to mount a serious challenge and an excellent manager who the club had rightly stuck with, but having covered the Championship for many years with Sky I knew just how hard a league it is to get out of.

I also feared that having finished the Premier League season with ten straight defeats, that psychologically we would struggle for a time to find the form, confidence and consistency to be promotion contenders. It’s testament to Daniel Farke and the players that my fears have been proved totally unfounded.

So true. Those responsible for the the transformation of the mindset deserve medals.

What has pleased you most about how this potentially record-breaking season has gone? Even we can’t find a way to blow it from here, can we? 😊

I believe that the average points needed to win automatic promotion from the Championship is around 88 points. As we stand we need another 12 points from our final 11 games which is about 1.1 points per game. So basically, no – I don’t think we will find a way to mess it up from here.

I think what’s pleased me most about the season apart from the winning has been how we’ve been winning. It may not be the last gasp, thrilling wins of two seasons ago; but we’ve found a way to close games out and get the job done. Everyone was getting carried away with Brentford recently, but we found a way to not only stop them, but beat them and, for me, 1-0 was more satisfying than a late winner to win 3-2.

In your view, what are our chances of us keeping Emi, Max and Todd?

Sadly it will no doubt be the same old problem for a club like ours. The players who help get us to where we want to be are the ones who will attract the attention of clubs with deeper pockets. Given the ongoing interest in Emi and Max, I think if if we keep hold of one of those three we’ll have done well.

So true. Sad but so true.

Can the Owls scupper our run of consecutive wins? Every week I tell myself this is the banana skin and still they keep on winning! I guess if it has to happen it may as well happen at the hands of someone as thoroughly decent as Darren Moore.

I’ve worked with Darren on Sky’s coverage a few times and he is such a lovely guy. A gentle giant, but he wouldn’t have got to where he has done as a player or manager by being a soft touch, so I have no doubt he’ll make life difficult for us.

However, this is a side that have lost six on the spin and all against sides we’ve beaten at least twice already this season so I doubt it’ll be anything other than 8th consecutive win for the Yellows.

Seen much of Wednesday this season? Neither the league table nor the form guide make great reading if you’re an Owl, but that makes Saturday all the more ‘slippery’ doesn’t it?

Got to be honest I haven’t seen much of the Owls this season, but I don’t see this game as potentially more slippery than any other. When you’re top of the league you’re there to be shot down, and whether, like Wednesday, you’re fighting for your lives or not, teams inevitably go up a gear against us. But the way Norwich have managed games this season means I have little worries about Sunday.

Go on then … I dare you … score prediction?

And while we’re at it… care to predict a final points tally for City?

And finally… the $64,000 question… what are the chances of you presenting a ‘Norwich City vs…’ show next season and signing off with a smile and a discreet fist-pump? It’s too early to ask the ‘can we stay up?’ question (still far too many unknowns) but can we make a bigger splash then we did in 2019-20?

Now wouldn’t that be great. I only ever presented Norwich games in the Championship with the Play Off Final of 2015 being the absolute pinnacle. I would absolutely love to present a game with them back in the Premier League and yes – if my bosses at Amazon were OK with it a discreet fist pump if we won would be a great way to sign off a game!

As to whether we make a bigger splash than last time the answer is yes, because let’s be honest in 2019/20 we barely made a ripple.

Thanks for your time Simon. OTBC.