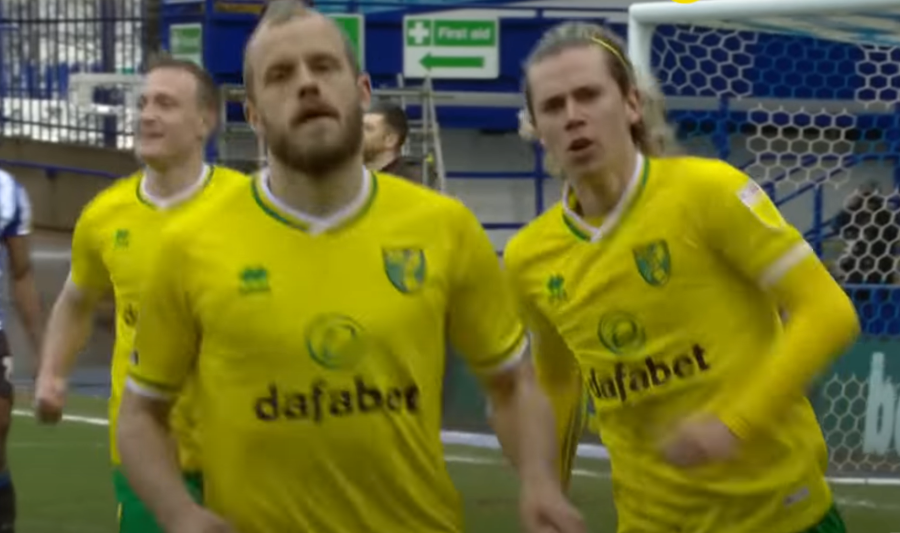 Ivan Toney is a confident chap. Bullish even. Those who watched his post-match interview on Sky last Friday following Brentford’s 1-0 win over Blackburn will know what I mean.

Before presenting himself with the Man of the Match award (he would also have awarded himself the trophy) Ivan got the hump when the Sky Sports interviewer foolishly suggested the Bees were essentially scrapping with Swansea and Watford for the one remaining automatic promotion place.

Ivan: “I think we can still catch Norwich.”

Sky interviewer: “But your manager has already conceded that they will go up automatically?”

Ivan: “Nah… the Championship is a crazy league.”

And fair play. You have to aim for the Moon, Ivan. But dream on, son.

City’s eighth win on the spin, especially the way it unfolded, must have felt like a full-on dagger blow for Messrs Cooper, Frank and Munoz and their respective bands of disciples.

With all three of our so-called rivals scrapping out narrow, edgy wins over the weekend and City having to play catch-up, they must have sniffed a chance of a slip-up even before kick-off at Hillsborough. And then Jordan Rhodes goes and does that thing that he’s really good at.

For every fist pump in South Wales, Hertfordshire and West London, a furrowed brow appeared across the Canary Nation. The banana-skin theorists prepared themselves for a round of post-match I told you so’s.

While Wednesday may appear beleaguered if the league or form table is your guide, on the grass they looked well organised, combative and a threat on the counter-attack. They certainly didn’t look like a team haunted by the threat of relegation.

On paper too they looked strong with a team full of Championship experience and with one of the best players in the division plonked in the centre of their midfield.

Barry Bannan will surely go down as one of the finest exponents of Farkeball never to have actually played it.

City, of course, had plenty of first-half possession – Darren Moore had based his game plan on that eventuality – but for the most part it was slow, a bit laboured and lacked penetration. A few of our brethren looked a little below par; unsurprising given the relentlessness of having to play under such pressure twice a week.

While some on social media may have been wavering, those in the inner sanctum knew a tactical tweak or two and a small percentage increase in intensity would likely be sufficient to still get something from the game.

And, as ever, they were right.

A bright start to the second-half borne of a higher tempo with the ball and a more energetic press without it, did exactly what it was designed to. It asked more questions of Wednesday’s banks of five and four.

The relentlessness of City’s pass and move football done a few beats quicker than in the first half changed the game, with Wednesday’s centre-backs being dragged into areas they didn’t want to occupy.

‘Where’s a goal coming from?’ became ‘a matter of when’.

When, to be precise, was on the hour mark when Oliver Skipp temporarily borrowed the assister-in-chief stripes from Emi Buendia and rounded off a neat passing move with a burst into the box that took three defenders out of the game.

The weight of his pass to Teemu Pukki was perfect, the Finn’s finish was brilliant.

Sky’s producer followed the City celebrations with a close-up of Darren Moore. He knew.

His worst fears were confirmed when Emi took charge again a few minutes later after his initial free-kick into the Wednesday box was under-hit and cleared.

Josh Windass had the cheek to think he could run through the City midfield but with our little Argentine still bristling at his poor delivery that was never going to happen. No chance.

One perfectly-timed sliding tackle later, and his head was up and he was threading another perfectly weighted pass for Todd Cantwell that took a stretching Wednesday defender out of the game.

What followed from Dereham’s finest was pure quality. On his wrong foot maybe, but the precision was of an ilk associated with the best of the best.

Pukki put his laces through it. Cantwell caressed it into the top corner with his instep. The end results were the same; the celebrations even into the same camera.

Two moments of, dare I say it, Premier League quality that made the difference on what was as tricky an afternoon as City have faced all season.

Once ahead, I don’t think any of us saw City conceding again, and sure enough…

Among many plus points that emerged from that second-half was Kieran Dowell’s best shift to date in a City shirt. The fitness issues appear now to be behind him and the match fitness that follows will only come with a run of games.

Even more promising was that was he was able to dovetail nicely with Buendia and Cantwell rather than battle against them for those same pockets of space.

Dowell’s greater physical presence and penchant for a goal (he went close twice) may just be enough for him to finally take on the role he was originally brought in to undertake.

So, we march on. With a ten point gap with ten to play even Mr Toney must be privately having his doubts now, albeit from a City perspective there is still a job to be done.

In the real world, we’re nearly there right?