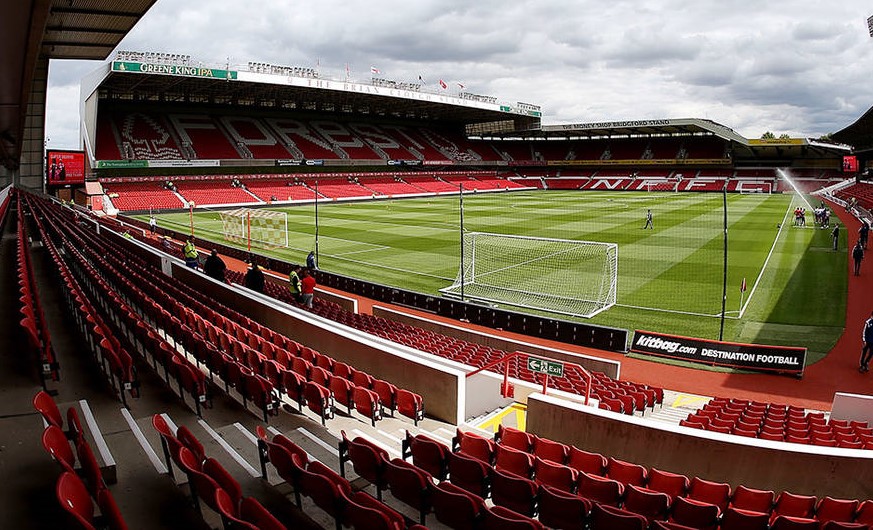 MFW is privileged to once again welcome back our favourite Forest fan, loyal supporter and all-round scion of matters concerning activities in and around the City Ground Christian Brown to inform us about how things currently stand on the banks of the Trent before our meeting with the men in Garibaldi red. Christian and I hadn’t spoken for a while, but we have now so let’s roll.

Hi Christian – we haven’t compared notes for about three months and during that time we’ve seen a marked improvement in the fortunes of both our respectively beloved clubs. We seem to have ridden out our blip while you were unfortunate not to nick points from our close rivals Watford and Swansea. Shame! How close did you come to getting a result in those matches?

CB: The Swansea game in particular was infuriating as we should’ve been well out of sight before they scored what was a completely avoidable goal. It was one of those games where you genuinely wouldn’t have been able to tell as a neutral who was chasing automatic promotion and who was in a relegation battle – it was possibly the best we’ve played all season. To have nothing to show for that is sickening, really.

As for Watford… on the one hand, it’s difficult to argue that we should’ve left with something when we didn’t have a shot on target, but on the other, we did have some very good chances and spurned them. What makes that loss annoying is that Watford weren’t at their best, but we couldn’t find a way to make them pay. Letting teams off the hook is becoming a regular theme for us at present.

As with us, there often seems to be only one goal in it whoever you play. Do you find this frustrating or is it something to be admired?

Very much frustrating at present. I’m genuinely starting to wonder whether either someone has cursed the club or someone has smashed about 50 mirrors and all that bad luck has filtered down to the team.

At the time of writing, we have the joint fourth-best defence in the league, but the fourth-worst attack. We’ve created the fifth most chances in the division, but have the second-worst conversion rate. We’ve had the sixth-highest attempts on goal this season, but we have the league’s worst shooting accuracy. Sense a theme here? [Yes mate, we’ve had a dose of profligacy at this end too – Martin].

Even Glenn Murray seems to be jinxed – he missed two sitters he would probably score for another club blindfolded in our 1-0 loss to Luton Town with the scores level and of course, we went on to lose that game. As mentioned earlier, Swansea should’ve been dead and buried, we could’ve got a point at Watford, Derby [I knew you’d sneak in a reference to them somewhere – Martin] should’ve been dusted, Luton would’ve been out of the game had we been clinical…all could’ve, should’ve, would’ve. And that doesn’t get you points.

Out of those four games, we got one point when we should’ve had at least 10. So yes, very frustrating right now.

Obviously, you will escape a relegation battle, which looked quite possible under Sabri Lamouchi, so it’s getting to the point of it all being about next season for you. Can you see Chris Hughton ringing many changes during the summer? Any rumoured targets?

Ah – there are no guarantees with Forest! This is the same club who managed to throw away a play-off position on the final day despite the team three points beneath us needing to win, us to lose and to turn over a seven goal swing. Nothing is certain with us until it’s mathematically secure.

However, yes you are in theory correct – I would be very surprised if there aren’t three teams worse than us this year. Wycombe are basically down, sadly it seems that Sheffield Wednesday will follow them and that leaves one place left. Given Rotherham’s congested fixture list, I’ll be amazed if it isn’t them, although Birmingham, Coventry, Huddersfield, Derby and ourselves all need to be wary.

As for the summer, Hughton has so far said that he wants to make minor changes rather than anything wholesale, but I’m not sure that’s avoidable. Currently, we have 12 players set to leave the club either from being out of contract or their loans expiring and to be honest, it’ll be a good time to press the reset button and plan properly to have a balanced squad again.

In regards to targets, nothing has come out as of yet, but I’d be surprised if we didn’t try and keep Anthony Knockaert’s services for at least another year on a temporary basis.

Three months on from our last meeting, who is in form for Forest and who should we be wary of?

Knockaert is the obvious danger man – I know his goal in the reverse fixture was somewhat fortuitous, but it’s about the only slice of luck he’s had all year. Had he not been playing for a cursed club, he’d have had a minimum of 10 assists this year as his delivery is exceptional. If he’s fit, expect him to be pulling the strings as all of our creativity comes from him.

One lesser known danger man will be James Garner, who is currently on loan from Manchester United. He’s made an immediate impact in our midfield and it’s very clear why United view him as the second coming of Michael Carrick. He loves to get stuck in as well as having a very expansive passing range, so if the game does end up being played through the middle, expect to see a lot of him.

Have you got any significant injuries just now? We’ve got almost our entire squad back at last but how does it sit with you?

At time of writing, former Canary Lewis Grabban is still a doubt – he hasn’t been as clinical as he was last year, but he’s still a hugely important part of the Forest side when he does play, so his loss will be felt if he’s out.

Other than that, not really – we’ve had a few small injuries, but nothing major to write home about.

Which City players do you particularly fear?

It’s got to be Emi Buendia, hasn’t it? The fact you’re certain to go up and there are still some doubts he’ll be a Norwich player next year amid other Premier League interest says it all really. He’s a class act and while his match deciding goal against us took quite a convenient deflection, he really stood out to me that day and has been excellent all season.

Elsewhere, Teemu Pukki isn’t allergic to scoring goals like our players seem to be, so that must be nice for you, while Max Aarons – a hero for me on Football Manager 19 – is in my eyes, one of England’s most exciting right backs.

The only downside for him is that for some inexplicable reason, we as a nation seem to be stacked with quality right backs, but at the rate he’s going, surely he can’t be a million miles off a senior call up.

And has Chris Hughton lived up to your expectations?

This is probably an unpopular opinion in some quarters of our fanbase, but yes. It wasn’t that long ago we were on a run of three losses in 15 league games and while it’s maybe taken a bit longer than planned to get some form of consistency, Hughton has taken us well out of danger. It’s worth remembering that when he took over, Forest had lost five straight games and scored one goal in that timeframe. The job isn’t done yet, but I feel confident that we will survive with him at the helm and maybe have a play-off challenge next year.

What annoys me is how some of our fans expected him to do what Mick McCarthy and Valerian Ismaël have done at Cardiff and Barnsley respectively. This Forest squad is the most unbalanced it has ever been in my time supporting the club, so Hughton had to drag the club to January before having a chance to address it in the short term, which he has done brilliantly. All of the players he’s signed have made a huge difference and it’s really shown.

McCarthy and Ismaël on the other hand, walked into clubs tailor made for them. Prior to McCarthy, Cardiff had Neil Warnock and Neil Harris – both of whom play a very similar brand of football, both of whom signed players in that mould and McCarthy also plays in that fashion, so he was set from the jump.

Ismaël was the same – when Gerhard Struber went to New York Red Bulls, he left behind an energetic team that was designed to press. In hiring Ismaël, a pressing manager, it was basically like for like. Hughton was not a like for like replacement for Lamouchi as we needed a change. The squad is painfully unbalanced and only a handful of them are fully compatible with Hughton’s methods, so he’s doing the best he can to make do with what he has until the summer.

Despite that, our defence has massively improved and while we aren’t scoring goals, we are creating a lot of good chances. I’d be more worried if we weren’t creating anything and not scoring goals. A chance to regroup in the summer, bring in some fresh blood and have a full pre-season will make a big difference and I firmly believe he’s the man to take us forward.

There’s been a lot of downtime for your Forza Garibaldi and our ACN/BEN guys, so will you be planning anything special for when we all hopefully kick off again with full houses in August?

I’d like to think so. For every game of note, there is normally a display of some kind from the Forza boys and girls, so I suspect for that first game with fans back, there will be something in place. One thing you’ll notice when we do play is the ‘This is Nottingham’ banner that is unfurled over the Trent End, which is a fan favourite piece of Forza work.

I guess from your perspective, it’ll be quite nice to pick up exactly where you left off – trying to survive in the Premier League!

And finally… your score prediction for the game?

1-0 Norwich, probably from Pukki and probably against the run of play. But then, that’s why you’re going up and we’re not – you’re consistent in being ruthless in front of goal and making the most of your positive spells in games, whereas we aren’t. Hopefully, the next time we meet, we’re both in the division above.

A very big MFW round of applause to Christian as always – we only contacted him because Stuart Broad and Su Pollard weren’t available – I knew Broady was a Forest fan but a quick dilatory Google search turned up Ms Hi-de-Hi as a famous supporter as well.