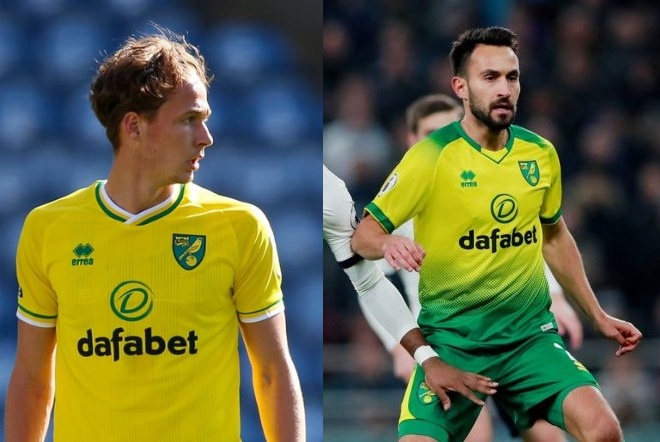 In fairness to Brentford’s finest, he was only saying what every pro is conditioned to say and, besides, said gent has a certain swagger that probably has him believing that anything is possible.

But he’s wrong, just as his manager was wrong when, a couple of weeks prior to City hammering the Bees 1-0, he came out with the ill-fated, “there is no outstanding team in this Championship”.

I beg to differ, lads.

What we witnessed last night was a Championship team at the peak of its powers. One that knows how capable it is. One that can out-pass, out-manoeuvre, out-run and out-play every other team in the division if it clicks.

And last night it clicked.

The opening 45 at the City Ground was football in an art form. Every bit as beautiful as that first half at Wembley in May 2015. The accuracy, the precision, the timing, the energy.

It felt like four years of training in the ways of Farkeball culminating in 46 minutes of football in its purest form. And being performed by a team in yellow and green.

If all of that sounds a tad overly-euphoric, you’re probably right. But I make no apologies.

Quite how it looked through the prism of iFollow, I can’t say. I’ve missed Carrow Road very much and have longed for a single-angle view of the action, the prospect of missing the action if distracted for a split-second and the jabbering of someone who’s watched City once or twice all season but thinks they know it all, so it was to the red button I headed last night.

And I’m pretty sure it was no less brilliant for the lack of multi-replays and lingering shots of Chris Hughton ruminating over his next tactical change. The power, precision and ruthlessness of Teemu Pukki’s and Kieran Dowell’s finishes could have been in grainy black and white, and been described by the old school tones of Kenneth Wolstenholme and would have been no less beautiful.

The avalanche of goals that many predicted failed to materialisd but it mattered not. The damage had been done and although Forest occasionally flickered into life – most notably early in the second half when they had a couple of chances – the gulf in quality meant City had another two gears left if they needed another goal.

And none of this is intended as a slight on Forest, who are a solid, mid-table Championship side. They just met a City side in its pomp.

Notable too was that two of last night’s main protagonists were not around in 2018-19 to savour that particular joyful run-in. This is all new to Lukas Rupp and Kieran Dowell, at least while wearing yellow and green, and it’s a shame we’re not there to express our gratitude and to celebrate in the usual form.

Flags, songs and fervour are just what we all need right now.

That Rupp and Dowell are so deserving of our exaltations, speaks volumes of how this has been a squad effort and how those on the fringes are able to step up and make a difference when their time comes.

For Dowell, this is hopefully him finally arriving. The player we have all been waiting for.

So, nine in a row, just as the chasing pack started to fancy their chances of hauling us in. The stats, pundits and opposition managers all tell us it’s now a matter of when not if, and after last night who are we to argue. Even Ivan may privately concede.

Breathe it in folks. It doesn’t get much better than this.