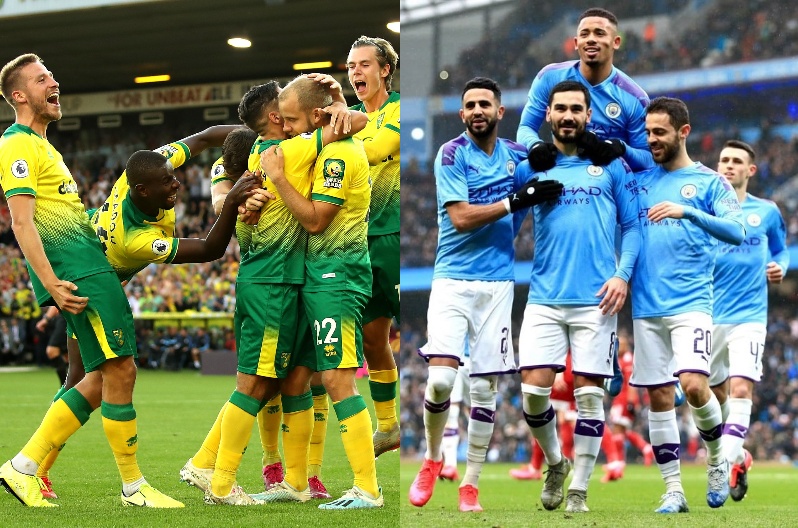 I have absolutely no faith in the planning department at Norfolk County Council – or very many of their other departments either come to that – but I must for once congratulate them for granting us permission to spirit our training complex at Colney to the banks of the Trent last night.

The ease with which we overcame Nottingham Forest was such that for much of the match it resembled a light training exercise – the gap in class between the sides was that great. Huge in fact.

When the teams were announced it took me a few minutes to work out that Emi had been granted *paternity leave* to celebrate the birth of second son Giovanni, a brother to Thiago. Once I understood why he was absent from the squad at short notice I quickly relaxed and thought something along the lines of: great, a chance for Kieran Dowell to impress.

Some Forest fans suggested that Chris Hughton *knew he couldn’t beat us* so dropped five regulars to save them for fixtures they might be able to win. Maybe that’s true – I dunno because I could never work out what he was doing when he was our manager, let alone now when he’s theirs.

The game was dead after a quarter of an hour. A vintage early Teemu Pukki finish via a lovely lay-off from Lukas Rupp was followed on 13 minutes by a fine strike from the aforementioned Dowell who was once again was provided with the assist from Rupp.

This meant two things. Pukki’s always sported two little ducks as his squad number and yep, you guessed it, that was his 22nd Championship goal of the season. And this was Dowell’s first ever League goal for City.

After this, everything went ridiculously easily for City. Forest had a couple of chances for sure, most notably when Ryan Yates had a free header from a corner, which he mistimed, and when Lewis Grabban was played in, he stuffed up his control and flying Dutchman Tim Krul raced off his line to block. Add a shot from the left from George Freeman that flashed wide and that, ladies and gents, was that.

I bet there were quite a few households in Norfolk and beyond that enjoyed the Grabban foul-up. Giggles were to be heard in a particular quarter of NR3 and that’s for sure.

Of course we mustered over 20 chances of our own during the match and probably Pukki and Todd Cantwell could have done better but the threat from Forest was so minimal that it didn’t really matter. Officially we had 68% possession – it felt like more than that to me.

The final 10 minutes were a reminder of one of our songs from the Lambert era as in *same old Norwich, taking the pi$$* and that’s just what we did. For about 89 minutes really, all things considered.

With not a single ounce of disrespect to the magical man, we can win without Emi. We may have to get used to that on a permanent basis sometime soon, but that problem, that time.

Presuming everyone’s favourite Che comes back on Saturday, who does Daniel Farke drop to accommodate him? Hmm…

It comes to something when Forest diehard and Radio Nottingham commentator via iFollow  Steve Hodge spends most of his on-air time praising us rather than talking about his own team.

I always get a variety of after-match comments from mates but this one stands out. It comes from MFW regular and preview collaborator Bernie Owen who spotted this little gem in the Guardian recently.

Not this time methinks, adds Bernie.

Meanwhile a new supergroup is being put together with the members being from Swansea, Brentford and Watford.

They’re calling themselves Cooper, Frank & Xisco and their first release will be the cover of this piece of 🧀 from the 1970s, which will sport a sleeve dedication to Daniel Farke.