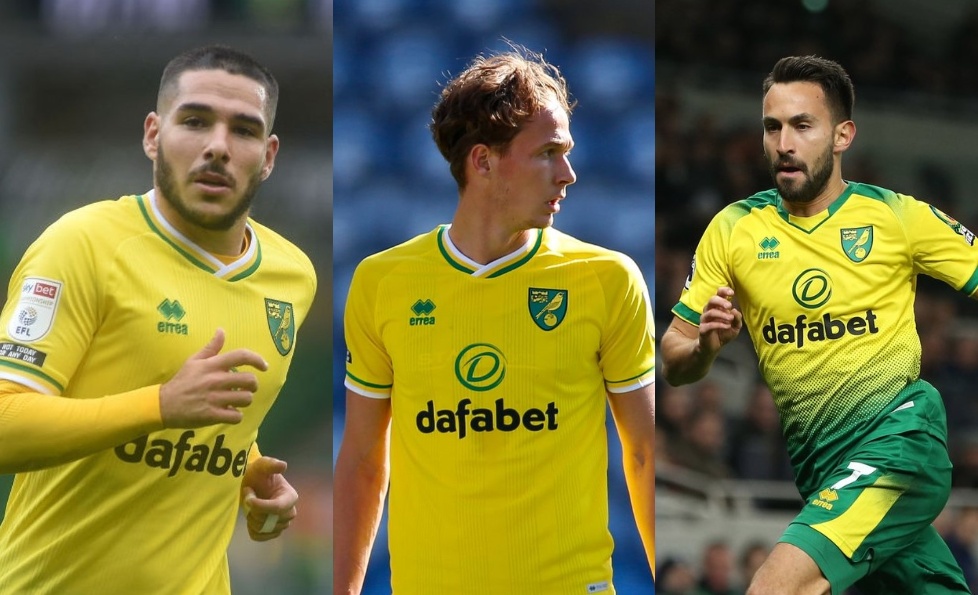 As the team was revealed on Wednesday night there was one question on every City fan’s lips: how will we survive without Emi Buendia? Three hours later, the question had flipped on its head.

Buendia, widely regarded as the best player in the league, simply starts when available. The Argentinian is such a vital cog in the Canaries’ creative machine that there have been times when it seems impossible that they’ll score a goal without him.

Although in the changes and substitutes department Farke is less than proactive, he’ll surely recognise the huge possibility that should he drop his star man, regret will ensue come 17:00.

But what does it do for the morale of Rupp if he’s straight back to the bench? How derailing would being dropped be for Dowell’s Norwich City career, three days after his best performance in the shirt? Even without these man management considerations, the team would miss either greatly in the form they’re in.

So, if all three are to win places in the side, how can they be squeezed in together? The most obvious solution is a Bielsa-style 4-1-4-1, losing the shuttling Kenny McLean and bolstering the third line. This would allow Rupp, Dowell, Buendia and Todd Cantwell all to play in the positions from which they’ve performed best, and the cover Oli Skipp provides would surely provide enough through the middle.

But herein lies the problem. Skipp’s well documented role as a covering full-back in possession mean either the centre of midfield would be wide open and prone to counter-attacks, or that the Tottenham loanee would have to abandon this role and gaps would be left on the flanks.

Against a team other than Blackburn Rovers the latter may be plausible, but the visitors’ greatest strength lies in wide areas. Harvey Elliott, who scored against City at Ewood Park and has impressed for Rovers this season, plays from the right while Ben Brereton, another young star for Tony Mowbray’s side, plays from the left.

In order for Dimitris Giannoulis and Max Aarons to make the desired impact they must have cover behind them, cover that would be lost with this 4-1-4-1.

An alternative solution is for Rupp to drop back and fill the McLean role, rewarding his performances while retaining the required balance. Recent performances and selections suggest, however, that this decision would be purely sentimental, as Rupp has only been able to displace Mario Vrancic in recent weeks, Farke continuing to see the Scot as the best option in the ‘8’ position.

Such fine margins are what decide great managers. The Blackburn game may not feel huge given the league table at present, but how Farke deals with this situation may be the difference between three points and zero.

The truth is that, with the line-up coming down to such a close call, it may well be decided by a behind the scenes nuance- a hidden tactical preference or the hardest worker in training.

One thing’s for certain, I don’t envy Mr. Farke.