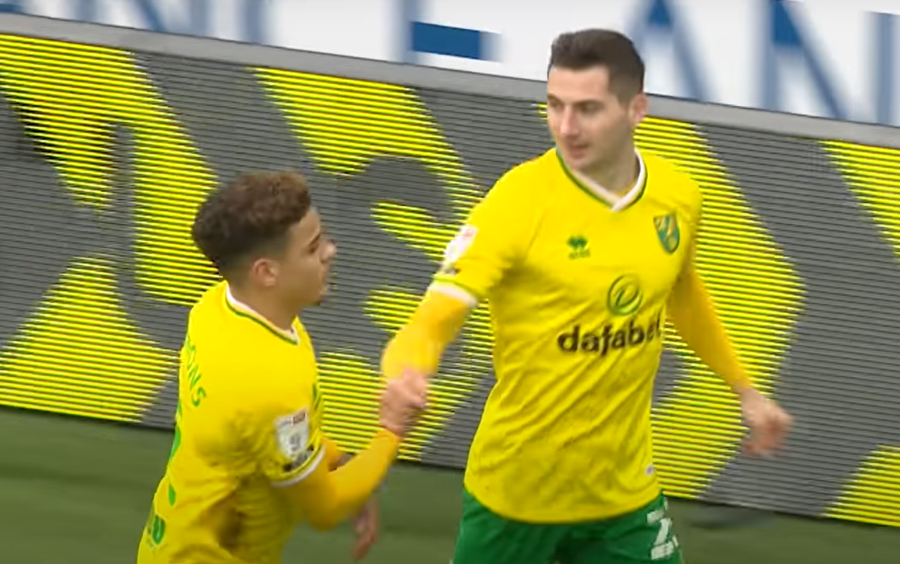 Between 40 and 50 times a season opposition managers, coaches and analysts attempt to plan the best way to beat Norwich City. But in truth, there are two groups of people that know how the Canaries play better than anyone: the club’s technical staff and its fans.

I didn’t think Daniel would fancy telling me how to beat his team, so here are some of my own top tips on how to unseat the EFL’s champions-elect.

City have looked most vulnerable when aggressively pressed this season. Although the prescribed solution against a technically superior, possession-based side is usually to sit deep, minimise space near your own goal and hope the opposition have an off day, this is exactly what Daniel Farke wants.

This Norwich side are set up to play against low blocks. They’re patient, fluid and excellent at pooling space in areas they can exploit to create chances. Farke’s team have looked most stifled this season when under pressure in their own territory.

Although the German head coach’s ban on sideways passes means high pressing of Grant Hanley and Ben Gibson is rarely a creator of chances or a catalyst for mistakes, sides such as Sheffield Wednesday (for 60 minutes) and Birmingham (for 45) have used pressing as an effective way of cutting attacks off at source.

The problem with this approach is, however, outlined by the caveats I was forced to add to my previous assertions. Teams that aren’t used to pressing for ninety minutes usually expend a great deal of energy doing so in the opening periods of games, leaving them exposed in the latter stages of the match.

Valerian Ismael’s Barnsley regularly press with great intensity and are used to energy management, perhaps explaining why they’ve conceded just once in 180 minutes against the Canaries this season.

Split your midfielders and centre-backs in possession

Speaking of pressing, opposition teams must find a way to negate Norwich City’s own version. At its strongest, the City press is initiated in tandem by the players in the ‘9’ and ‘10’ positions; it’s strong through the middle.

In the 2018/19 season, when City were most regularly seen winning the ball high up and forcing errors from opposition defences, Marco Stiepermann was at the peak of his powers on and off the ball, outlining the importance of players in this role without possession.

If the centre-backs are split, there’s more distance between the players Teemu Pukki must press, increasing the distance he has to cover. This hinders the press in two ways, affecting its immediate efficiency and tiring Pukki out faster to damage its impact long-term. The same principle applies to the two deep-lying midfielders and the City no.10.

It is true that splitting centre-backs concedes dangerous space through the middle if possession is lost, but the solution to this problem coincides with my next piece of advice.

Defend the half spaces (with a back five)

The ‘half space’ is the area on the football pitch highlighted if the vertical lines marking the edges of the six-yard and 18-yard boxes were extended so that they spanned the length of the whole pitch. This area is the most dangerous as it’s not traditionally covered by any defensive player. When an attacker drifts into the half space either the full-back is forced inside or the centre-back must move wider.

This, in City’s case, pools space either for their attacking full-backs or for Pukki in behind, allowing either for a dangerous centre or a one-on-one chance. In this situation any Norwich fan will tell you the opposition full-back should be the one to leave their position, as chances created through crosses are far less frequent than good one-on-one finishes by Pukki.

Farke’s side are particularly adept at exploiting the half spaces because of their wide attackers’ tendency to drift inside, the perfect position for Todd Cantwell’s excellent mid-range finishing or Emi Buendia’s angled through balls. The solution? A back five.

Deploying three centre-backs allows for a player in the backline to cover each of the half spaces, while the third centre-back maintains cover through the middle. This central defender must be mobile to deal with Pukki’s excellent movement on his own, but otherwise all bases are covered.

This suggestion is backed up by results, four of City’s seven defeats this season coming against sides who played a back five, each of these back fives achieving a clean sheet.

Whatever spin is put on it and even accounting for one excellent Emi-less performance against Nottingham Forest, Buendia makes this team tick.

The Argentinian is comfortably the Canaries’ most creative player and arguably the best in the Championship, which is why it makes so much sense for opposition teams to remove him from the game. Four red cards in three years highlights his dark side. The 24-year-old is clearly vulnerable to aggravation, as Neil Warnock realised ahead of a recent trip to Carrow Road.

“We did say he is likely to get sent off. He does silly things at the wrong times. We were aware of that. Once he’d been booked anything can happen with him,” the Middlesbrough boss said after an incorrect but needless second yellow card for Buendia in a disappointing 0-0 draw, during which Boro had clearly gone about intentionally winding the number 17 up.

With a tough side that nullifies the possibility of kicking Buendia off the pitch and a one-on-one ability that prevents man-marking as an effective strategy, getting the Argentinian sent off is the easiest way to deal with his crucial influence.

Although it’s boringly obvious, quality will always be the most important ingredient to winning a football match. As Pep Guardiola summed up at a Bayern Munich fan event in 2015, “A good coach cannot win without the quality of the players but it’s possible that a good team wins with a crap coach.”

Tactics obviously do make a huge difference- there’s no better evidence for this than the Canaries’ 3-2 defeat of Guardiola’s Manchester City team, when Farke’s tactics neutralised the threat and exposed the defensive weaknesses of a world class team. But that defeat was combined with a team of players playing close to 100% against opponents at less than 70% for the most part, as well as an incredible Carrow Road atmosphere.

That’s not to devalue the Yellows’ achievement, most Premier League sides would lose to a Manchester City side at 60%, it’s just an illustration of how multi-faceted football is.

Tactics are important and at the highest level, where margins are so fine, they are often the difference, which is why tactical understanding is so important. But the higher quality the players are, the less tactically precise the team is required to be. The greatest advantage a team can ever have over Norwich City is better players.

This conclusion is particularly apt when looking to explain City’s sheer dominance throughout 2020/21. Opposition managers, coaches and analysts can attempt to plan the best way to beat Norwich City all they like, the greatest advantage will always evade them; no Championship team can match the quality in the Norwich City ranks.

And while you’re here…

If anyone is interested in taking a look at our Patreon page, it’s here.Gary