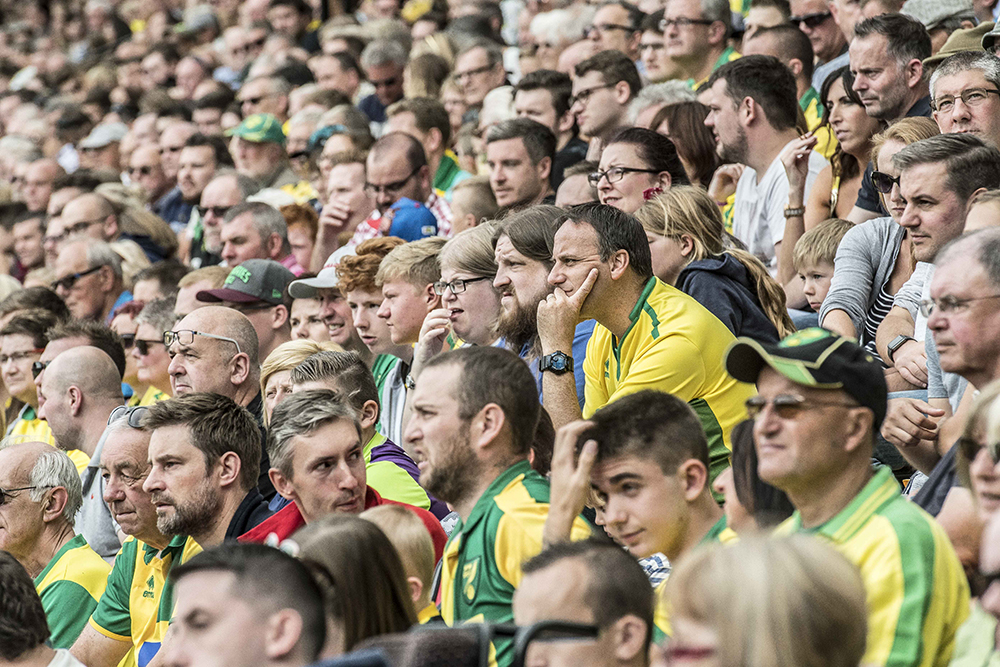 Everyone remembers their first time. No, not that. The first time you attended a football match at a proper ground, of a real team. One that’s in the papers and on the TV. Although this initiation can happen later, it usually occurs when you’re a youngster and accompanied by a family member. Often it’s the first time you’ve been in the company of so many adults – all of them seeming so tall, mumbling, grumbling, and shouting unusual words. It’s colourfully disconcerting and a little alarming. Then the game itself starts on the lovely green pitch and the vibrantly-hued players dance on the grass in the lights attempting to hoof a ball into the goal and make the net billow like the sail of fishing smack. It’s a sensory feast. Much like the nostalgic smell of Embassy No. 1, Courage Best, and a freshly-printed Pink ‘Un, the memory lingers.

Soon, the players cease to be an abolute collective in your mind. They separate out into individuals and you begin to find favourites. This personalises the team to you and begins the long process of ownership which you pay for on hire-purchase over the following decades. Of course you never actually finish the payments, and all you get back is the occasional dividend of sharp emotion, satisfaction, and – now and again – joy.

Then there are the ‘ups’, the good times. They come, they stay – then they go. Enjoy them when and while you can. Like a capricious lover they shout, pout, and leave – but they always come back and make you fall in love with them all over again.

Just when you think you’ve got the hang of it all, this football thing, tragedy will inevitably strike. It’s the sanction for taking it for granted, the price to pay for being complacent. It can drag you low, lower than the lowest tide; leaving you stranded to dry, crusty and muddy, a mile from shore. But, eventually a new high tide will pick you up, un-gloop you from the mire, and wash you back in to the land of the living. It always happens, it’s just a matter of time. You must always remember the lows though, because they afford you the privilege of the final and most satisfying stage…

Like all the best movies, the tragedy which jeopardises everything before the third reel is never wholly successful. The villain is a flawed force and can’t ever quite kill the hero and is powerless to totally eliminate the finest quality of all – Hope. And the crisis is always followed by recovery and redemption. A period of reassessment and introspection, followed by a realisation of perspective; and finally, acceptance and the renewal of belief. Clutch your pleasure and hold it close to you. It will keep you happy in your old age as you look back on… The Five Ages of the Football Fan.

It ain’t so bad really…

For the record, my Five Ages are as follows:

No doubt you have a different Five Ages. Care to care to share yours?