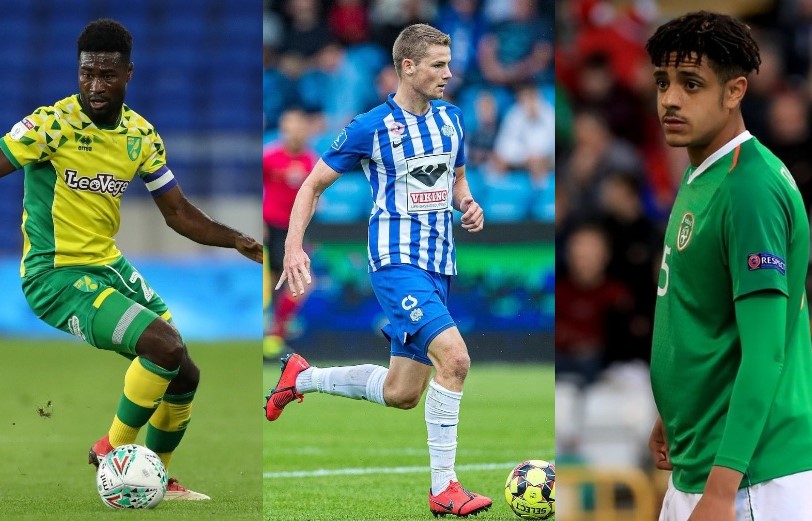 When news started to leak from Daniel Farke’s pre-Preston press conference, there was desperate hope from Norwich fans that the relevant journalists or the City head coach were complicit in a devastating April Fools’ joke. They were not.

Christoph Zimmermann has joined Ben Gibson as an absentee, potentially for the rest of the season, and the only fit centre-back is Grant Hanley, who last heard a full-time whistle just before 10pm on Wednesday night.

Solutions are needed quickly. So, which options are available to Farke?

Farke is a famously pro-youth coach and the introductions of the likes of Max Aarons and Ben Godfrey have come about through injury to senior players in their department. The assumption is that ‘if they’re good enough they’re old enough’, but in recent years that belief has floundered a little.

Josh Martin is the only youngster to emerge into a significant role this season, and when presented with serious issues in the centre of defence in 2019/20, Farke chose to reappropriate experienced players rather than blood academy talent. But here, comfortably top of the league and with players close to making the step up, the perfect opportunity arises.

Andrew Omobamidele, captain of the Under-23 side who has trained with the first team this season, came back from Ireland Under-21 duty Covid-free and ready to go, having impressed at youth level with his physicality in defence and mature temperament on the ball. He’s certainly rated highly behind the scenes at Colney and will be at least a candidate to fill the Gibson-shaped hole for the trip to Deepdale.

22-year-old academy graduate Akin Famewo has also been impressing at the heart of the Charlton Athletic defence on loan, but Farke ruled out his recall or the signing of a free agent in today’s press conference.

The most common reaction a coach chooses when faced with no fit centre-backs is to drop a defensive midfielder deeper. Liverpool’s Fabinho has regularly filled in at the back along with Manchester City’s Fernandinho and Leicester’s Wilfried Ndidi.

This has also become commonplace at City, where the reliable Alex Tettey has often been used as an auxiliary defender. It is true that his performances in this role have less-than wowed Canaries fans, but in games where City are likely to dominate possession, the Norwegian next to a pacey Hanley might just about scrape a few clean sheets.

Tettey’s experience may also prove useful in a side in disarray, providing calm in a hectic swirl of inexperience, injury, and non-stop Championship action.

Although Jacob Sorensen may also consider being asked to play yet another out-of-position role a potential April fools’ ploy, the Dane’s experience at centre-back might just hand him it in the short-term.

Sorensen has played there regularly for Danish national youth sides, and his mobility is an advantage over Tettey, but there is the issue that he may be needed elsewhere.

With Lukas Rupp picking up yet another injury over the international break, as well as Oli Skipp and Kenny McLean both completing full 90 minutes on Wednesday night, the 23-year-old may well be required in his preferred ‘6’ role, at least for Preston.

A change of formation

With so many injuries and with full-backs that are trained to attack first, hypothetically constructing a back three is very difficult, but it would be foolish to rule out some alternative Farke concoction.

It could be that incorporating both Tettey and Sorensen in the defence compensates for their inexperience via strength in numbers, while also liberating City’s full-backs to push on as they wish. It could also be, however, that such a move would force Lungi and Tettey to defend not only deeper than they’re comfortable with but also wider, compounding the issue.

Whatever Farke chooses, his situation certainly isn’t enviable, and he’ll be frustrated at what now looks like having to carry a limping City over the line, when comfortably winning the league had seemed probable before the international break.

If there’s anything this squad has taught us, however, it’s that strength in depth is the key, and right now, it’s needed more than ever.