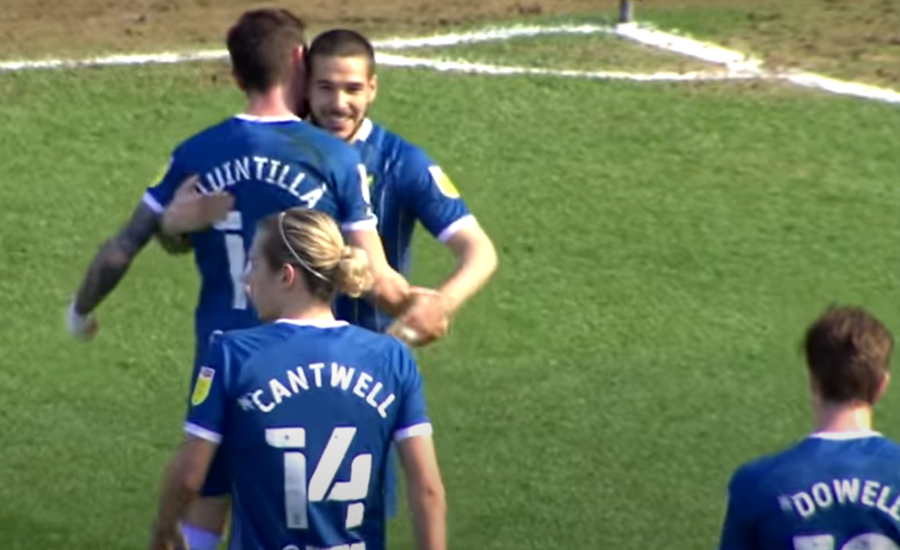 In anyone’s book, a point away at Deepdale in those most trying of circumstances should be seen as one gained, and it was, but try telling that to the good folk of the Canary Nation.

For all the bravado mustered upon the final blast of Dean Whitestone’s whistle (more on where I’d like to shove that later), there was no escaping the sharp pain triggered by Brad Potts’ thrice-deflected shot.

95th-minute equalisers that find a way into your own net tend to have that effect.

Only when, five hours later, the Swans of South Wales suffered similar levels of agony via the concession of a soft injury-time penalty (oh, the irony) that condemned them to defeat, did the Deepdale itch get scratched. And then, as the dust finally settled on a frantic Good Friday of Championship football, it became clear:

City had edged the closer to the prize. Thanks to 15 heroes in teal and the Swansea gift that keeps on giving.

It remains when not if.

There is, of course, an ongoing niggle caused by a Watford team who keep churning out wins, and while a six-point gap is still regarded as more-than-healthy, the way it’s been chipped away at over the last two matchdays is – and I’m not going to lie – getting on my pip.

Promotion is obviously the ultimate goal – and that’s really all that matters – but I can’t help thinking that so dominant have City been up until this point, to go up as runners-up would be ever-so-slightly deflating. (I did say ever-so-slightly).

Maybe a better way of putting it would be promotion but without the sheen. And no one wants that.

There are of course still plenty of opportunities left to get the title clinched, especially with the Hornets still to come to Carrow Road, and to get the job done with the minimum of fuss would be ideal. They so deserve it.

Winners’ medals are hard to come by in professional football and to get their hands on that famous trophy for the second time in three seasons would be a just reward for this exceptional bunch of people.

And there was nothing that happened at Deepdale yesterday to suggest they’ll miss out.

That freak moment of heartbreak aside, it was a performance of champions. Champions who had been dealt a tough hand but who still emerged pretty much unscathed from the most trying of examinations.

The heroes came thick and fast, starting with our two Scottish internationals, fresh from 90 minutes at Hampden Park on Wednesday night. Both must have been feeling achy and tight in those closing stages but were as excellent as ever, as they each oversaw a performance of a rookie – in Jacob Sorensen’s case, a rookie only in a positional sense.

That he and Andrew Omobamidele were two of the stars of the show says everything of the roles played by Grant Hanley and Kenny McLean.

Teemu Pukki too was tireless in his running and even though he was granted only a cameo role by the Finns on Wednesday night, it goes without saying that he will have been blowing out of his proverbial as the afternoon wore on. That he lacked his usual clinical edge in front of goal was hardly surprising in the circumstances, but it was still a shift to be proud of.

And the full-backs, Xavi Quintilla and Bali Mumba, both slipped seamlessly into a system in which they have had precious little game time, at least at senior level, and were further proof of the depth of quality in the squad Stuart Webber has assembled; both players equally comfortable in joining in with the pass-and-move rhythms of Farkeball.

But it was, quite rightly, the debut of Omobamidele that attracted most attention, with the 18-year-old Irishman offering up a full debut of such promise that not a single one of us will balk at the prospect of him keeping Ben Gibson’s shirt warm for the remaining seven games.

After displaying calmness and assuredness way beyond his years, for it to have been Omobamidele’s final deflection that took the ball past Tim Krul was a cruel blow, but it made not one iota of difference to the youngster’s confidence as evidenced by another mature performance in his post-match interview.

To paraphrase, ‘all part of the learning curve’ was the youngster’s well-reasoned take on his afternoon in Preston, as he officially becomes the latest gift to Farke from the Steve Weaver production line. Quite what the future holds will, in the immediate future, depend on the fitness of others but wherever and whenever it kicks in, it will be bright.

Aside from Mr Potts late party-pooping intervention, the only other major downer of the day was the sight of Emi Buendia being withdrawn after suffering a couple of blows to the same ankle.

From the Farke perspective, he saw his prize asset being kicked from pillar to post with little or no “protection” from referee Whitestone, so felt he had to take that decision into his own hands.

Whether ‘protection’ is the best description I’m not sure, but I know what he means. PNE players were clearly taking it in turns to both foul and attempt to needle Emi and did so with impunity. Yet, only Ryan Ledson saw yellow for Preston; the same fate that befell Onel Hernandez for his first foul of the game.

Don’t get me wrong… as the best player in the division, Emi is always going to attract some attention and he’s generally handled it really well this season, but, while we’re not expecting a protective blanket from the officials, it doesn’t feel right when a coach has to withdraw a player to save him from further injury.

But hey, even if Emi has to be rested on Tuesday night, we have the performance from the City Ground to draw inspiration from.

So, one step closer and while the eyes are still on the prize of promotion, this group more deserves one that is around 18 inches tall, is made of silver and is adorned with yellow and green ribbons.