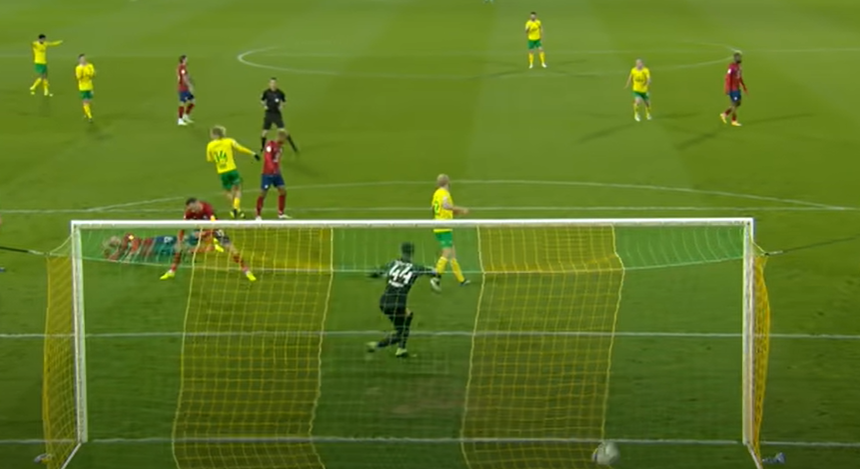 I can’t say I’ve ever been a fan of magic or magicians. From the days of David Nixon, through Paul Daniels to Derren Brown, they’ve bored me buttless although I’ll make an exception for Dynamo due to his originality – I like watching his stunts.

But on Tuesday evening the gift of iFollow brought me a magical performance I enjoyed every single second of, without a rabbit, top hat or pack of cards in sight. The grand trick of this particular show was Norwich City sawing Huddersfield Town in half.

To put aforementioned cards on the table, I certainly expected a win and three points for the Canaries. If we’re honest I reckon most of us did but I managed to pick up on a particularly good vibe when I saw the team selections.

Firstly Max, Skippy and Dimi were back and Emi was passed fit to play. Secondly Huddersfield were without a key defender [Pipa], a decent midfielder [Vallejo] and lost keeper Schofield at short notice through some kind of illness. Maybe Schofield has a sixth sense and knew what was about to unfold.

We’re never technically at full strength without Ben Gibson, but the side looked pretty damn good to me. It’s a little bit like walking into your favourite restaurant or takeaway, smelling those instantly recognisable, comforting aromas and knowing just what a treat you are in for.

When you see Archant’s Dave Freezer dishing out a brace of *10*s for the first time ever to Pukki and Buendia in his post-match player ratings you’ll know how good they were. In fact our fabulous front four managed six goals and five assists between them with late sub Jordan Hugill grabbing the seventh courtesy of an assist from our temporary left winger, one Max Aarons. Total football or what?

Many folks have been saying since Christmas that sooner or later some poor side would get a right old tonking and thus it came to pass with any game plan Huddersfield might have had blown out of the water from the outset. Yes they were indeed poor, but that is to take nothing away from us. Okay, Tim Krul had enough time to build a snowman behind both goals but [oh Lordy] you can only beat what is set before you.

Can I pick out a favourite goal? It’s all so subjective as there wasn’t much to choose between the fluidity of movement and clinical finishing in any of them but I’m going for Pukki’s second when he latched onto a perfect long ball from Buendia to blast it past the unfortunate [as in to unexpectedly be on the pitch] Pereira.

So, chill and enjoy events from hereon in. Brentford choking at home to Birmingham means nothing to me any more and I don’t give a monkey’s crutch stick how Swansea perform over the remaining few games of the season either.
Watford? Well if they can make up eight points on us over the final six games the Championship title is theirs. But that’s one heck of a big if isn’t it, Xisco?

Yes of course we’re all as cocky as heck right now, but one man who isn’t is Daniel Farke who was yet again pure class both during and after the game. I loved his impromptu coaching session with Andrew Omobamidele after the final whistle – I think Daniel has developed a thing about throw-ins!

He trumped that when he admitted he didn’t get too animated in the technical area out of respect to Carlos Corberan and his struggling Terriers. This behaviour isn’t effected because it’s so obviously for real. What a guy.

So off we go to Derby and Wayne Rooney on Saturday. I could ponder the question of whether Stuart Webber has ever bought a player for less than Rooney spent on his hair transplant[s] but there’s something more important to consider:

Exactly when and where will be presented with the EFL Championship Trophy?

I’m going to sign off with a track I’m sure Alex B will love and Don H will heartily dislike but it’s so relevant I simply have to.