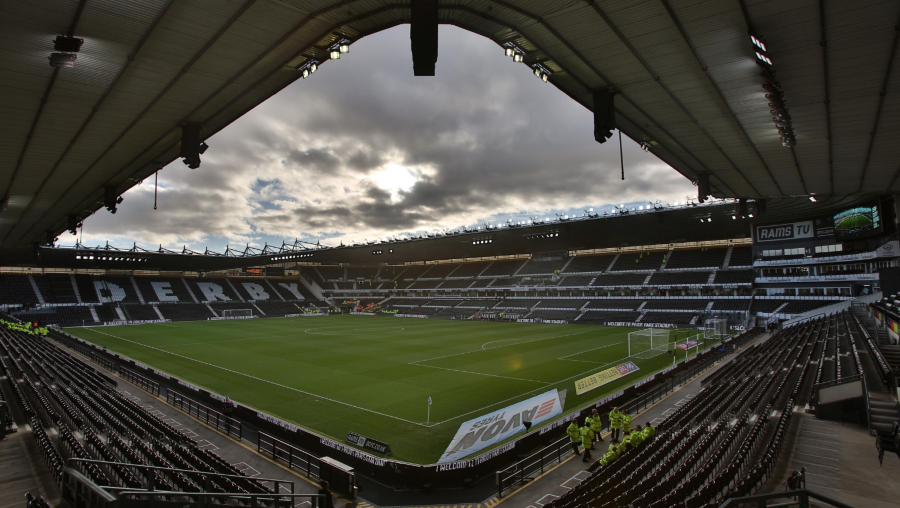 After the midweek mauling of Huddersfield, the question was whether Norwich could avenge the loss to Derby at Carrow Road, which ranked as the biggest picking of pockets since Oliver Twist.

The game started in familiar fashion, City confidently stroking the ball at the back, retaining possession and waiting for openings.  Derby, predictably, dropped right off and tried to park all eleven players behind the ball.

In the early stages, Dimitri Giannoulis was getting a lot of freedom down the City left but was unable to find a killer ball.

Derby were playing a dangerous game. This City side is a more menacing proposition than the one that they beat in the final moments at Carrow Road.  As City moved forward, Derby resorted to some desperate tackles and collected two yellow cards in the first 16 minutes.  Emi Buendia’s ankles seemed a particular target all game but City could not make them pay though, despite Kieran Dowell hitting the side netting.

On 20 minutes though, Derby did it once too often. Dowell picked up the ball but his run towards goal was halted on the left edge of the box.  Former Canary stopper David Marshall set up a long wall but didn’t even move as Dowell whipped the ball up and over, into the top corner.

This should at least have brought Derby forward a little, but the City midfield were doing a superb job in anticipating, intercepting and breaking up the Derby attacks.  When they did get through, Grant Hanley was always there with a number of great tackles and Andrew Omobamidele was keeping Colin Kazim Richards quiet.

As the second half began it became clear that Derby had much more attacking intent – the back line was pushed much higher and the front two players were pressing Tim Krul and the City defence with purpose.  City were unable to sustain meaningful possession and resorted to hopeful long balls in behind the Derby defence in the hope of getting Teemu Pukki through.

On 60 minutes, the sustained attack on Buendia’s ankles saw him withdrawn, along with Dowell. Marco Stiepermann and Pepe Placheta were pitched into the fray, perhaps in the hope that the Polish winger’s pace could cause the Derby back line more problems.

City were looking tired, as if recent efforts had caught up with them, and there were a noticeable number of misplaced passes.  On the Derby right, Patrick Roberts was testing Giannoulous and at the same time seemed to be engaged in a grudge match with Todd Cantwell.

Derby were coming close, Krul making two excellent saves in quick succession.  Pukki was withdrawn for Jordan Hugill and City began to take the sting out of the game, wary no doubt of being hit by another sucker punch.  A late appearance for Alex Tettey showed that City were done with attacking intent.

Still at the last, they tested the blood pressure of the City fans watching online. Omobamidele was backed into a corner by Kazim Richards.  Perhaps he should have cleared it earlier but the youngster played it back to Krul who was in trouble. Kazim robbed him and with the Dutchman floundering, Shinnie blasted way over.

So another three points in the bag. Remarkably, exactly the same number of points earned for the 7-0 demolition.

At this stage of the season, it doesn’t matter how they come!  With seven days until the next game, Daniel Farke has a chance to rejuvenate his weary-looking players, which shouldn’t be too hard given the prize that is within touching distance.