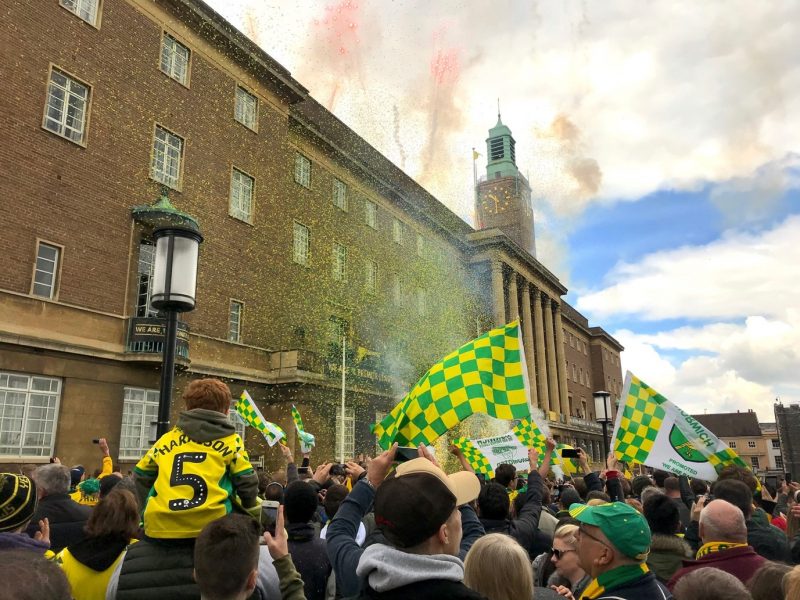 It’s guest blog time again but it’s a familiar voice you’re about to hear. Colin Michael has been kind enough to help MFW this season with some of the match previews and as a regular commenter, has more than earned his stripes. Here he takes us to the *inverted commas* Promised Land.

Take it away Colin…

Professional sportspeople play to win trophies; to play at the highest level; to pit their wits and skills against the best players.

To them, winning tends to mean everything. Being runner up or coming close is okay but comes with ‘no cigar’, as the saying goes.

So here we are, on our way back to the Promised Land. What a fantastic season once again it’s been and City will be crowned champions of England’s second division for the fifth time in the club’s long history; this time around standing imperious, top of the class with distinction, and season 2021-22 will be our 27th in the top flight of English football.

Lest we forget, the past 120 years have also seen us reach three FA Cup semi-finals, win two League Cups, and most recently, in 1993, advance to the third round of the UEFA Cup. However, these momentous events are all a very long time ago and football has changed; the money brokers have seen to that.

I am lucky, (always have been). Now in my 65th year, I can recall most of our achievements plus England winning the 1966 World Cup, still the footy moment to eclipse everything, (I was just 11 and a football-mad schoolboy at the time).

Let me assume then, from my own experience, that football fan club ‘life sentences’ are handed out between 8-10 years of age. Therefore, when it comes to major achievements, all City supporters below the age of 38 will have no actual recollection of anything other than Championship winning/promotion seasons and virtually zero chance of witnessing anything more, including any outfield player being picked for England.

Being crowned champions will fill us with hope and expectation yet again for the Premier League campaign ahead and so it should – we have been fantastic and support the best club in the land.

What lies in store we wonder, or should we?

In reality, the ‘Big Five’ – Arsenal, Man Utd, Man City, Chelsea and Liverpool – win everything. Over the past 25 seasons, both the Premier League and FA Cup have been won by one of them with just three exceptions – Portsmouth, Wigan, and Leicester) and the League Cup has been won by Man City in five of the past seven seasons with Chelsea and Man Utd the two imposters.

I suppose we should look forward to the fight to avoid relegation, to proving all TV and football media pundits wrong, beating Leeds and Villa plus one of the ‘Big Five’, and watching on as our prized assets move on for tens of millions in search of the trophies, accolades, and recognition a club like us simply cannot give them.

We should therefore cherish this campaign, as we have done our Championship campaigns of the past, and cling on to those wonderful memories.

Anyone for a cigar?

Popped my daughter on the season ticket waiting list on Thursday and she got one today. Absolutely delighted that she now comes and has caught the bug! 💛💚 #ncfc