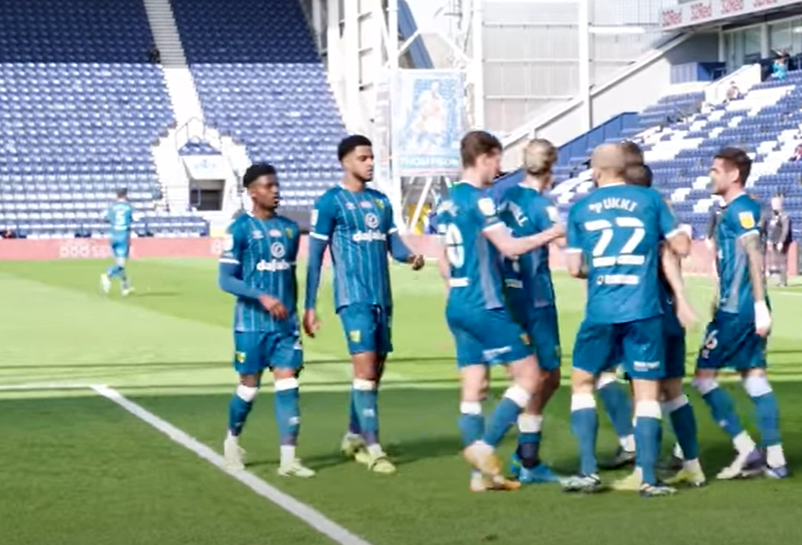 The view within the Norwich-supporting bubble is a very different one to that being espoused by fans of other clubs across the country.

Forget the rather bizarre and twisted perception that our country cousins down the A140 currently have of the world following the takeover by new American investors. With just five games remaining we now have fans of Championship and lower Premier League teams sneering at our position – on the cusp of an immediate return to the Premier League – and trying to pervert what is our reality.

Despite being 15 points clear of third place and only two points away from automatic promotion, we have fans of other clubs looking at what we have achieved and deciding to paint a rather less positive representation of our position.

It’s very similar to VAR – our perfectly clear view of an incredible season is now being over-analysed by clueless people claiming to be experts. And very much like the misguided bunch at Stockley Park, the verdict is very often so far from removed what actually happened it’s scarcely believable.

We’ve all heard the ‘there’s no outstanding team in the Championship’ noise, but we’re now getting the dismissive ‘you’re only winning the league because of parachute payments’; ‘you won’t survive in the Premier League because you can’t defend’; and ‘Norwich are a boring yo-yo club’. I’ve also seen this particularly disturbing and Trumpian take on reality: ‘Farke is inflexible as a coach and has no Plan B’.

While these comments should really just be dismissed and quickly forgotten, why should we let these people distort the focus on this side’s superb season so far?

Is it right to allow critics to utterly fail to see how Daniel Farke has reshaped and re-energised a side that crashed spectacularly out of the Premier League? To trash the strength of character and resolve this set of players has consistently displayed? Or to dismiss the achievements of the young players that have belied their perceived lack of experience to put other more seasoned pros in the league to shame?

This Norwich side is far too good to be described as not being defensively strong and lacking tactical flexibility – or dismissed as an expensively assembled squad that was always going to crush other teams by the sheer weight of its financial muscle.

Outside the club, there is a lack of appreciation for the fact the departed Ben Godfrey and Jamal Lewis had been integral elements in the Canaries’ back four in both the Championship-winning season and the less-than-successful top-flight campaign.

Having seen the way Godfrey has surprised both Everton and Premier League fans alike, the impact of his absence on Farke’s side could have been serious.

Yet we have the shrewd and innovative player recruitment skills of Stuart Webber. Ben Gibson was a masterstroke and the addition of Dimitris Giannoulis has seen us become a more balanced unit since he established himself as our first-choice left-back.

There will be multi-million-pound signings come the end of the season, but they will be bought with the knowledge Premier League money is on its way rather than with the supposed hundreds of millions we apparently have already received from parachute payments that are tucked under Delia’s mattress.

It’s so short-sighted of other fans to dismiss the achievements of a head coach who has always backed youth and talent rather than spinning a roulette wheel on huge signings that may never deliver anything near what their value would suggest. (*Cough*, Stephen Naismith, *cough*)

Here’s a team that relies on the contributions of Max Aarons and Todd Cantwell, seen notable contributions from Adam Idah and Josh Martin, and that has been held together by Daniel Barden and Andrew Omibamidele whern crisis loomed. Drafting in one of the best young English midfielders in Oliver Skipp has contributed enormously too.

Youth is reinforced by desire. We’ve given Emi Buendia and Teemu Pukki the platform to show they can perform on the biggest stages. We have reinvigorated the careers of Tim Krul and Grant Hanley. European journeymen like Marco Stiepermann and Mario Vrancic have found a home.

It’s been an intoxicating blend. Not the rather bland, flat and overpriced beverage that’s being claimed we serve up.

The frankly ludicrous claims that we are defensively suspect seem to stem from last season’s post-Project Restart capitulation, rather than anything this team has achieved this season.

A total of 28 league goals conceded this season from 41 matches is superb, especially when Krul, Barden and Michael McGovern have all had turns between the sticks behind Hanley, Gibson, Zimmerman and Omibamidele moving in and out of the centre back spots due to injury.

If anything it suggests that Farke is the opposite of inflexible in the way he has adapted his playing staff to the varying challenges the squad has had to face. In the face of injuries, suspensions, illness, the avalanche of matches, and international call-ups, he’s honed a playing style that’s been universally accepted across his squad and applied in a far more robust fashion than in the previous Championship-winning season.

It’s been a remarkable campaign. It’s been very easy on the eye and an utter pleasure to witness – though it would have been even better savouring it from the stands.

While others try to spoil that picture and to repaint the achievements of this squad as being far less vibrant than they actually are, we should look away for now.

If all goes to plan next season, the view looking down on some of our critics could be very sweet indeed.