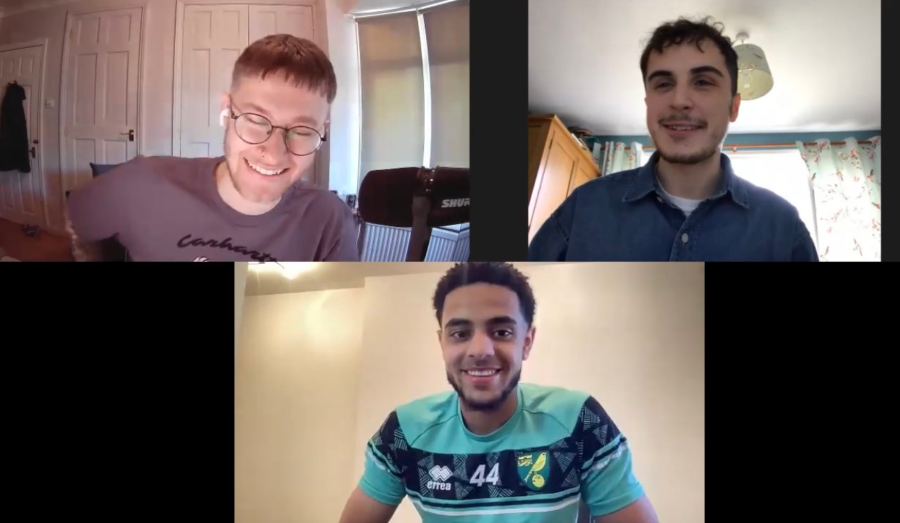 15 days ago Andrew Omobamidele hadn’t started a senior game of football. Tonight, he starts in a game that could see him become a Premier League player.

“The way football changes so quickly is just crazy,” says the 18-year-old as he sits down with MyFootballWriter. “Two or three weeks before you could just be training with the first team and then you can get two injuries and you’re thrown in at the deep end.

“I was waiting for the opportunity, I came on against Cardiff and that gave me a sniff, which made me more hungry and I worked even harder to play. When the opportunity came, I was just ready to take it.”

Omobamidele is impressively composed for a player doing his first external interview as a professional. The Irishman may have broken into the best team in the Championship, but he knows work is still to be done.

“Even from when I joined the 23s, that transition and the intensity, you need to know your next five passes before it comes to you, even in training, because I’m playing with the best players in the league,” said Omobamidele on his development so far, “you start getting into your rhythm after the first or second game, so I’m definitely seeing an improvement, but there’s still a long way to go.”

The number 44’s transition into the first team was made especially seamless by the processes in place at Colney, where the youth sides Omobamidele was part of were coached to mirror Daniel Farke’s first team: “The minute I came it was ball down on the grass and play and be confident on the ball. Obviously that’s what we want to do in the first team as well.

“Even through the 23s it’s a similar playing style. The job is to get you ready for when you make that step into the first team, and when you do you want to have that solid base.”

Any fan that’s watched the under-21 international play will know that this style suits him down to the ground, as a ball-playing, level-headed centre back. “Before I signed,” he said, “I obviously did my background on the club and even when I was on trial you get a feel for the style they want you to play. Once I was on trial, I knew this was the club for me.”

Omobamidele’s Farkeball tendencies may well have endeared him to the German coach, and the youngster was keen to highlight how important Farke’s attitude has been to his success thus far. “Even when I first came, he helped a lot with settling in. You just know what you’re getting with him, if you give 100% and you dedicate yourself, he’ll give you an opportunity. He’s had a massive impact on me.”

Omobamidele fits into a unique group of individuals who will likely win City a league title before ever playing in front of a Carrow Road full house. This trait, which he shares with the likes of Ollie Skipp and Ben Gibson, has been both a help and a hindrance.

“I can’t wait for the fans to get back in,” he said. “[Playing behind closed doors] is good and bad in a sense. Maybe in your first game full of fans, an away game, it adds that bit more pressure but without the fans maybe you can kind of be more focused, but the 7-0 against Huddersfield would’ve been great with a full Carrow Road stadium!”

After such an impressive first stint in the side, a debate will inevitably rage among Norwich fans about what happens next season: whether Omobamidele stays and provides useful back up while gaining Premier League experience, or if he goes on loan to guarantee consistent game time. The centre-back is happy to allow the debate to rage on, and is focused on the task at hand.

“To be honest I haven’t really thought that far along the line, I’m just concentrated on giving my best and taking it game by game,” he said. “We’ll see what happens near the end of the season, we still need to get it over the line, we have four or five games left so that’ll probably be a conversation closer to when the season ends.”

What Andrew has displayed so far on the pitch was similar to what he showed in our interview. The whirlwind that swept him into the first team may have been an incredible experience, but Omobamidele has no intention of stopping now. He’s calm and considered, but highly motivated to be a success.

The full interview will be available to watch on MyFootballWriter’s official YouTube channel, Norwich Talk, at 3pm on Sunday.