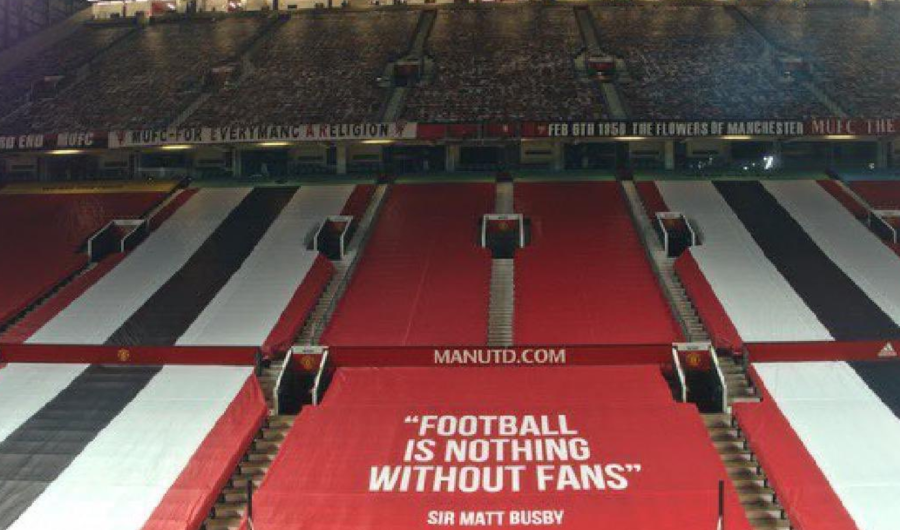 At least the advent of the much vaunted (and derided) European Super League has done one good thing.

It has brought the wider football community (and that’s a word and concept the organisers of said behemoth would happily see wiped from the face of the planet) together in mass condemnation of both the concept itself as well as the odious motives of the equally odious people behind it.

When Liverpool fans are praising Gary Neville you know that a genuine love for the game is transcending age old rivalries and inter-city rancour in order to stand together for something a lot more important than any of that.

Sunday’s announcement was, I fear, the very tip of the footballing wedge that is posed to drive itself deep into Europe’s domestic leagues and, in the process, split them irrevocably apart.

The argument that the fans are the people who will lose out the most and that they must, especially those of the clubs involved, unite in protest – as, indeed, many of them already have – is one that, while it is welcome and reassuring for anyone who loves the game, an issue that, for the ESL, is largely meaningless.

Because this is a competition that does not have fans, any fans, in mind. It has not been dragged into existence because of them or for them.

The ESL cares not the proverbial for those who regard Anfield or the Stretford End as their second home, or those Ultras of AC Milan, the Fossa dei Leoni and Bojos of Barcelona.

The ESL caters for consumers, not supporters and for television viewers, not season ticket holders.

Their vision is for millions of nacho-eating sofa dwellers across the new markets of Qatar, Saudi Arabia, Malaysia, China and the United States to plug into their concept and to give both it and whatever corporate sponsors jump aboard the publicity and dollars they need in exchange for their greed.

As far as ESL are concerned, the home-based fans of six English clubs involved can take it or leave it. And if, as some have already promised, opt for the latter, then ESL won’t be too worried, as there will be more than enough people willing to file into the grounds in order to watch the games and provide them with an atmosphere. An audience of consumers rather than an army of fans perhaps, but the colour and spectacle will be there. Job done and box ticked.

Older fans will recall the words of ex-Tottenham boss Keith Burkinshaw who, when he left the club in 1984, famously commented, “There used to be a football club over there”.

A decent man who saw all of this coming. Burkinshaw also observed that, ultimately, some clubs will become so wealthy, that the income from ticket sales will become immaterial and that, purely to provide that colour, atmosphere and spectacle, admittance to football matches will be free of charge.

He may, nearly four decades later, be about to be proved correct.

That’s assuming, of course, the matches are played in the grounds of the clubs that have joined the ESL. The sole reason that Tottenham have been given a golden ticket to the ESL is that they have a billion-pound new stadium that sponsors want to be seen in and associated with (no coincidence, surely, that it doesn’t yet have a sponsor – bet it isn’t long before they announce one now) but how many of their games will actually be played there?

Those new and emerging football markets are going to want some of the action for themselves. Which means that a list of games such as Barcelona vs Real Madrid or AC Milan vs Liverpool will, almost certainly, be scheduled for a 22:00 kick-off in downtown Miami, Doha or Beijing.

But that’s not all. Consider this, consider the domestic leagues in those countries; the history, prestige and glamour of the Chinese Super League or the SPL in Saudi Arabia, and how they might raise the profile of those leagues by importing a franchise from Europe.

You thought Wimbledon being usurped by MK Dons was bad enough? You haven’t seen the worse of it.

There are very real fears that the launch of ESL will, as has been said by more than one seasoned observer, ‘destroy’ the domestic game in England as we know it. Likewise Spain, Italy and, eventually, Germany and France.

My overriding worry is that the backers of ESL hope that is exactly what their league, ultimately, does. It’s their goal, their bottom line, their ultimate ambition.

And they’ll welcome them all with open arms.