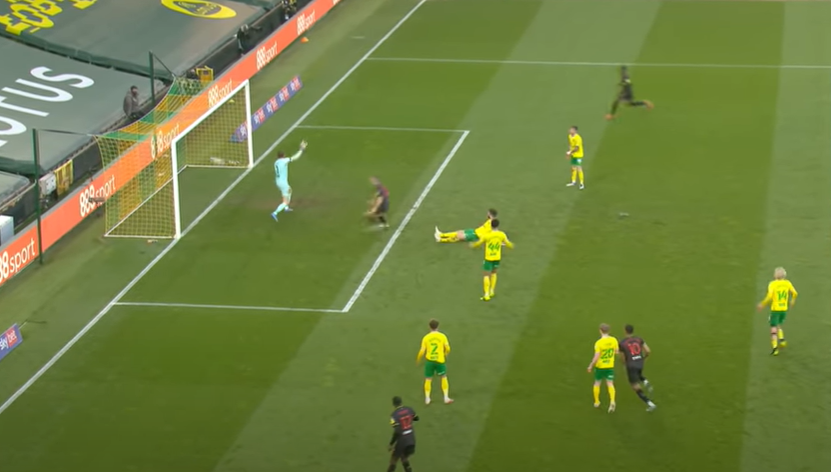 It’s never a great sign when one of your centre-backs and your goalkeeper are by some distance men of the match. But it was that kind of night.

Maybe Grant Hanley and Tim Krul were able to better withstand the effects of alcohol than their younger colleagues, or perhaps they even had the resolve to resist knowing a game was only 72 hours away. Either way, both were simply magnificent in defeat.

All in all, it wasn’t a disaster. It was just a bit disappointing.

At the elite level of sport, however good you are, it only takes the performance level to drop a couple of percentage points for you to get found out. And it doesn’t matter whether the cause of that percentage decrease is one too many a couple of nights earlier or you being safe in the knowledge you’re already promoted – the effect is the same.

Add in the fact Watford still had work to do to solidify their own automatic promotion spot, and it was already a cocktail for a tricky night.

And so it came to pass.

That Watford only won by a single goal, in which it looked as though Tim Robinson may have missed an earlier foul on Max Aarons, shouldn’t disguise the fact that Xisco’s men deserved it. They were sharper, hungrier, stronger and in the form of Ismaila Sarr – purchased don’t forget for c£30 million – had one outstanding individual.

We can have no complaints and should perhaps be grateful it was only the one. A night to write off as a bad one and move on.

For Stuart Webber and Daniel Farke, it was also a reminder – not that they needed one – of the need for surgery to make this current squad Premier League ready. A squad of very able technicians who can out-pass most teams in the Championship will need bolstering when trying to do the same in the Premier League.

And, while last night wasn’t the best barometer, there remains that underlying concern of City finding the going tough when up against technically able teams who are also more athletic.

I hope dearly, of course, that a deal can be struck with Tottenham to reacquire the services of Oliver Skipp for next season, but if that’s not do-able then that Skipp-shaped hole should be filled with an imposing figure who will add muscle and power to that area of the pitch.

I have a recurring nightmare of a puce-faced Sean Dyche screaming at his warriors to “PUT IT UP ‘EM!” as City patiently try and fail to play around the Burnley high press. The same nightmare usually includes a montage of City players losing out in a succession of 50/50s and ends with Dyche walking down the tunnel high-fiving Gripper Stebson (Google it kids).

But, nightmares aside, it is an area that needs addressing and while neither Will Hughes nor Tom Cleverly are physically imposing, they are tenacious, spikey and hard to play through. The Mayor, for fairly obvious reasons I suspect, didn’t have his best night.

Fair play to Daniel Farke for trying everything humanly possibly, both tactically and in terms of personnel, to get a tune out of his squad last night, but with the hunger and motivation slightly diminished it just wasn’t to be.

As Farke said himself afterwards, you may get away with it against sides of inferior quality but not against those with players as good as your own. Not at this level.

So, no harm done and, let’s face it, events away from Carrow Road made it a good night for football supporters of all persuasions (well, most 😉), but it is important that the focus now shifts away from the MD 20/20 and returns to the task in hand of winning the title.

A win and draw should be enough. C’mon lads.