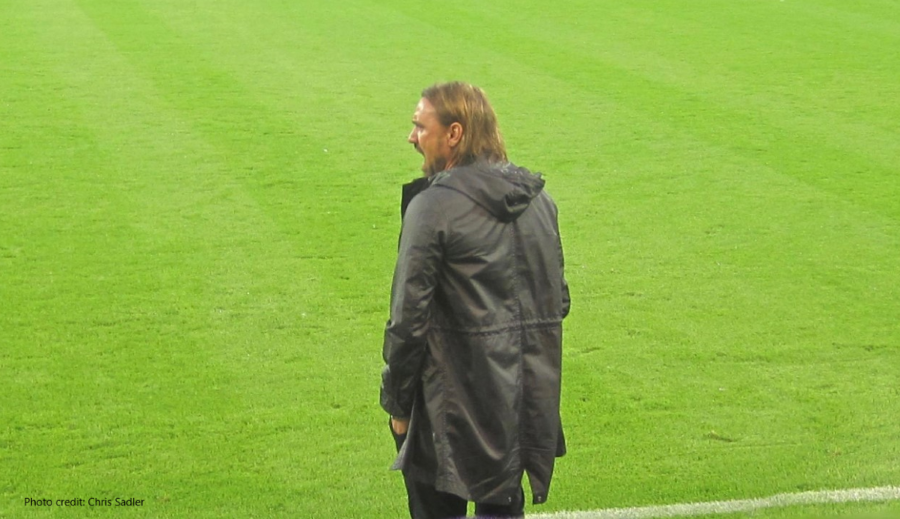 Too bad. A two-word phrase that has two interpretations.

Firstly, let’s consider that we went into Tuesday night’s face-off with Watford on the back of Saturday’s 1-3 reverse to Bournemouth which saw us play for over 75 minutes with 10 men. Add the fact that Grant Hanley, Teemu Pukki and quite probably Todd Cantwell were carrying injuries – I’m surprised Pukki wasn’t rested – and we were never going to be at our finest.

Then of course there were the celebrations after clinching promotion which super-fit young athletes should be able to rapidly recover from, but maybe one or four of them [understandably to a confirmed boozer such as myself] took matters a little bit further than they should have done. Understandable? Yes. Unprofessional? Probably.

Too bad second take. We were outfought, outthought and outmuscled by a very impressive Watford outfit who were better in every department on the day. The Hornets deserved their win and such was our lack of cohesion they could easily have won by a greater margin than they did.

It was frightening quite how easily we were shrugged off any 50/50 ball and even Ollie Skipp was second-best in a few duels for once. Some folks might blame the MD 20/20 for Mayor McLean’s performance but I just think he had a poor game full stop. As did poor old Xavi Quintilla who struggled badly against the pace and strength of £25 million man Ismaila Sarr, but in all fairness Max Aarons had a few torrid moments with Ken Sema as well.

There’s no point in me lambasting a side that has been so creative and committed all season and gained us the holy grail of promotion to the Premier League with five games still to play, so I won’t. Nobody knows yet what next season’s squad will look like, although I’m sure Stuart Webber will be beavering away alongside Kieran Scott and his recruitment team behind the scenes.

Several harbingers of doom are already saying that if we are doubled by Bournemouth and Watford we won’t survive in the PL. To me we must wait and see – I’m not over-fond of comments that suggest we are beaten before we have started, so please, please, wind your necks in a bit folks.

These fixtures came at a time when we lost our focus for a variety of reasons and you can bet your sweet Bippy that Daniel Farke will have us back on our toes for a resurgent QPR, a forlorn-looking Reading and a Barnsley side who hopefully have done enough to make the play-offs.

The title remains for us to win. It’s in our own hands but now Brentford and Swansea have bottled it and must surely settle for the play-offs we can’t expect too much from them against Watford. But you never know.

And on the subject of the Premier League, I don’t know whether to laugh or cry at the decision of the *big six* to pull out of the European $uper League, in several cases citing how they misjudged the mood of the rest of us.
I found this official statement from Man Ure particularly cringeworthy.

“Manchester United will not be participating in the European Super League.

“We have listened carefully to the reaction from our fans, the UK government and other key stakeholders.

“We remain committed to working with others across the football community to come up with sustainable solutions to the long-term challenges facing the game.”

Sorry Glazers and your ilk.