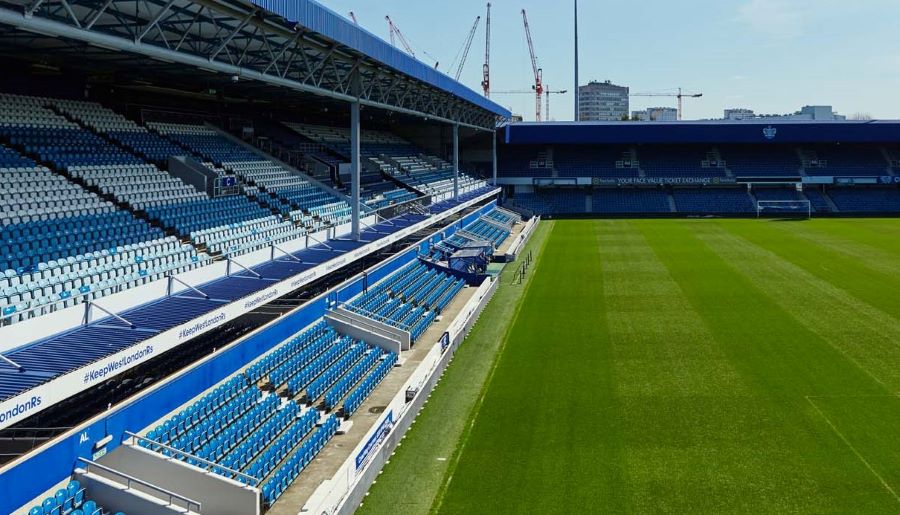 It matters, and it won’t be easy.

I’ve spent a chunk of the past week pushing back on suggestions that it would be a let-down if we fail to win the title.

The first and overriding aim of this season was promotion back to the Premier League. It’s fantastic that we achieved it with five games to spare. Perhaps most important of all, it’s given Stuart Webber the opportunity to push ahead with his plans for the Prem, and tear up those for a further stay in the Championship.

Thank goodness he doesn’t have to wait another six weeks to pursue those plans, as the play-off winners will have to do.

That all said, the title does matter. Hand on heart, it would be a slight disappointment – to fans and players alike – to finish second. We deserve the title, but we’re not there yet and will almost certainly need to eke out a few points from our final three games.

At first glance, the easiest one is Saturday at QPR. They can’t make the playoffs, but will be happy with their progress this season. They’re not fighting for points and momentum as Reading and Barnsley will be; they’re not as strong as Bournemouth or Watford. They’ll be relaxed, right?

Queens Park Rangers are the enigma of this season. Since drawing at Carrow Road at the end of December, they’ve beaten Watford, Brentford, Bournemouth, Cardiff and (this week) Swansea.

Along the way they’ve lost to Huddersfield, Derby, Birmingham and Rotherham.

Perhaps more significantly, they’ve won 7 of the last 11. As their manager made clear after beating Swansea, they’ve no intention of slowing down:

“I hate this mid-table nonsense. It’s your responsibility to hunt down every point when you pull the shirt on. We’ve moved to 8th tonight and we want to finish strongly”

QPR manager Mark Warburton deserves some credit. It was he who made Brentford the force they are: in his first season he led them to promotion from League One, then straight to the playoffs of the Championship. They haven’t looked back.

The owners and fans of QPR will be happy with his work this season, taking them from 13th a year ago to a solid 8th now.

He was never going to suffer the Curse of the Stewart Lewis preview, and lose his job before I’d finished writing this.

STOP PRESS: QPR have just made a statement to try and quash rumours of him leaving!

QPR’s strength is their togetherness rather than any individual brilliance – though Grant Hanley will face a familiar opponent in their top scorer, his Scotland teammate Lyndon Dykes.

So, a challenge for Daniel Farke’s troops who’ve shown their fatigue in the past two games.

With all of those caveats, I’m going for City to regain their mojo and reassert their title credentials with a strong performance. Our pride has been dented by the last two results; we have more than enough pride, and desire for the title, to want to put it right on Saturday.

I’m going for a 3-1 City win. And please ignore my prediction record.

Thankfully, I wasn’t tasked this week to write about the European Super League. That would have required a few re-writes.

It’s a good outcome, though not without loose ends. While not cynical by nature, I’m reluctant to buy the sudden humility and concern for fans expressed by some of the owners.

They made very sure to keep the fans (like the players and managers) in the dark about their plans.

The objective was a clear one: to enhance the value/share price of their businesses by guaranteeing the lucrative annual income from the Champions League, instead of having to earn it in fair competition with other clubs.

We fans in the UK are a very small, and often inconvenient, part of their business model. They hoped our unhappiness would be manageable and we could be marginalised. “Legacy fans”, indeed.

They’ll be back. Meanwhile, it’s good to be reminded that Norwich City’s owners may not always be perfect – but they’re proper owners with proper values.

PS  This piece is likely to be my last of the season. As always, I’m appreciative and grateful for your reads and feedback.

Unless our editor Gary’s budget allows him to upgrade his squad and put me out to pasture (not a chance; you’re going nowhere – Ed), I hope to see you all again next year. In the Premier League.

Thanks, best wishes and stay safe.