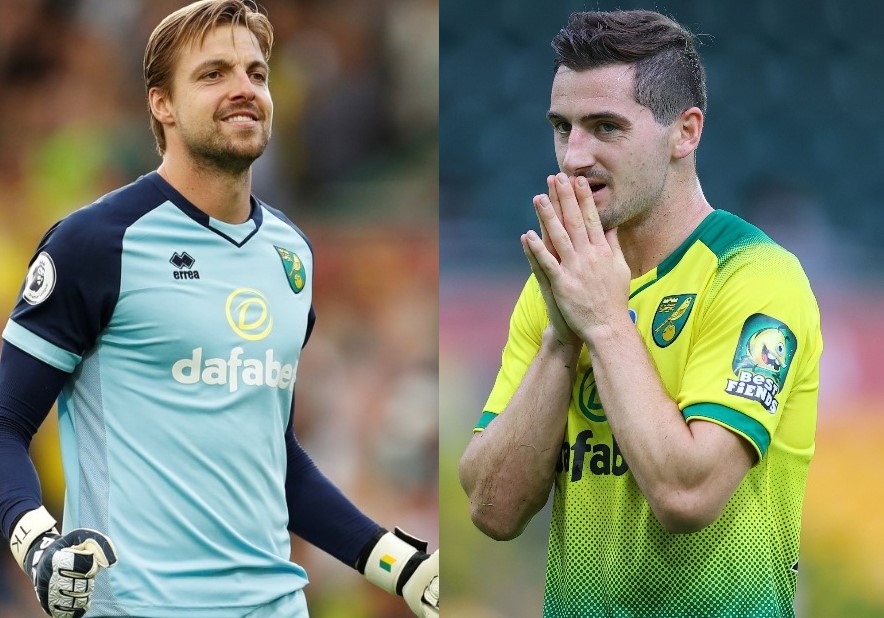 I mean, it is conceivable that Watford could win their final two games and, in doing so, overturn our superior goal difference, but after seeing how City negotiated a tricky away day at one of the Championship’s form teams, it feels all in hand.

The wobble, if you could call it that, was pre-empted by some Ben Pearson theatrics and a big (well deserved) night on the booze, but a week’s worth of focus at Colney looks to have steadied a ship that had only met with the mildest of turbulence.

Yesterday’s first half was the perfect antidote to the collywobbles and while the edge may have gone slightly – as tends to happen when the main objective has been achieved – the smoothness in possession and tempo was back, almost is if that night on the beers, champagne and MD 20/20 never happened.

And let’s be honest, if Messrs Pukki and Dowell had been wearing shooting boots instead of carpet slippers there would have been no mid-second-half dip and no necessity for more Tim Krul heroics. But they were, there was and Tim did need to pull one of his specials out of the bag.

Almost lost beneath the brilliance of Buendia and Pukki, the dependability of Hanley and the energy of Skipp, has been the best keeper in the Championship, who, while not exactly being overworked, has been absolutely brilliant when he has needed to be.

Tim’s role has changed this season. In 2018-19 and 2019-20, his responsibility went way beyond dominating his penalty area and making saves. He was also there to offer support and guidance to the young bucks in front of him; Max Aarons, Ben Godfrey and Jamal Lewis all benefitting hugely from those comforting, authoritative Dutch tones as they learned the Championship and then the Premier league ropes.

With Ben Gibson now in the house and with a fit and hungry Grant Hanley beside him, there is no cajoling needed, and with Max now a veteran of 120 first-team appearances, the hand-holding has now morphed into just general encouragement and the same level of direction afforded the rest of the team.

As a result, he’s been able to concentrate on his own contribution to this successful promotion charge; one that has seen us concede just 33 goals in 44 games. In his absence, Michael McGovern and Dan Barden kept the gloves warm expertly, but when you have a Tim Krul in your goal, everything just somehow feels right.

Kenny McLean was another light that shone brightly yesterday; no doubt the biggest beneficiary of having a few extra days to shift the effects of last Saturday night’s celebrations.

Well, yesterday, courtesy of two fine assists, he pushed himself centre stage and produced a performance that showcased everything that’s good about Kenny McLean, and displayed perfectly why he has been so pivotal. The energy, the eye for a pass, the drive… all qualities that make this iteration of Farkeball what it is.

And we forget sometimes what a wand of a left peg he has. The precision to pick out Max for goal number two was exceptional, as was his football intelligence to press high and force a QPR error before setting up Emi for number three.

If anyone deserves to be the recipient of an honorary tricorn, it’s McLean.

I guess it was a slight disappointment that Millwall were unable to do us a favour at Vicarage Road, but a home game at 3pm on a Saturday against a Reading side whose playoff hopes may have already been extinguished has a nice symmetry to it.

A win would do it, of course, and would be a nice way to round off the season at Carrow Road. Even more so because the players will be wearing a one-off commemorative kit that has been dedicated to the fans. If you’re unaware, it’s here…

So, we’re nearly there. In this most extraordinary of seasons, we have risen to all the challenges put before us, as a team, as a club, and as a set of fans. We’re living through events that will go down in history and through it all our football club has provided us with joy amidst the most ridiculous of circumstances.

As football, mid-pandemic, tries to eat itself, our club has stood tall. And delivered for its fans.

Finally, before I go, I have to mention a couple of City fans – Jack and Chris Reeve – who have just finished a 24-hour Watchalong on their TNC YouTube channel and have, in the process, raised over £20,000 for the Big C Appeal.

I know the appeal is close to both of their hearts and for them to have been able to entertain City fans for 24-hours while raising to much money for a worthy charity is a truly outstanding effort. Well done, lads.