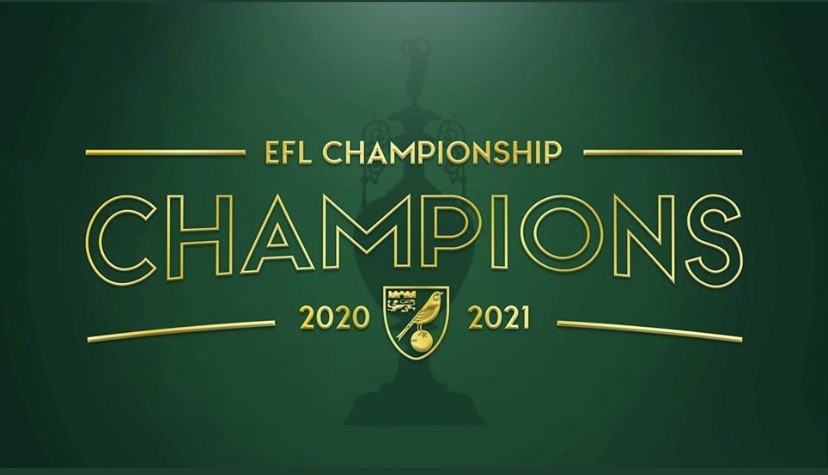 Only nine times in the club’s history have we lifted a trophy – ten if you count the 2015 Play-Off Final – and two of those occurred before I was even a glint in my dad’s eye.

Talking of whom… our post-match phone chat last night was not the usual nonsensical ramble where we dissect, in our own daft way, what had been good and bad about the day’s performance. If I didn’t know better, I’d say the ol’ boy was a tad emotional. The quiver in the voice gave it away.

And I wasn’t wiping away a silent tear either. It was the early onset of hayfever. Honest.

Dad is 86. This season would have been his first of not being a season ticket holder. But while old age may have brought to a premature end his ability to get to Carrow Road, that fire still burns.

Boy does it burn.

He was on Radio Norfolk just before Christmas (not Canary Call I hasten to add), talking to Rob Butler about his time as a City supporter and how Carrow Road and the game itself has changed – the usual stuff – but bemoaned his own ‘performance’ afterwards, citing stuff he’d planned to say but didn’t.

But I was so proud.

Among the things he did say was that this current side, since the arrival of Daniel Farke and allowing for that first season of ‘learning’, plays the “best football” he has ever seen a Norwich City side play.

And he meant it.

He talks of the Ron Saunders era in which the club reached the pinnacle of English football for the first time with almost a vague sense of contempt. He loved it of course, but the joy, for him, was tempered by the method in which it was achieved. He talks in (very) mildly disparaging terms of a club great who wasn’t especially comfortable with a football at his feet.

But the arrival of John Bond did bring him joy. At last, Norwich City in the top flight with a swash and a buckle, the ball staying on the deck and being passed with a pleasing fluidity. The arrival of Martin Peters was only ever going to enhance that passing style. And it did.

Ken Brown, Dave Stringer and Mike Walker continued that same theme of silky football and were met with the approval of Gowers Senior but, remember, this all happened before the advent of semi-synthetic pitches that closely resemble bowling greens. The football flowed but only as much as the divots and bare patches allowed.

What occurred between Walker and Farke was mixed in terms of styles and while my dad never ever stopped bleeding green and yellow, his enjoyment of a win was only ever undiluted if the football was easy on the eye. While he understands the need for an ugly win, he doesn’t pretend to love them in the same way as one achieved with skill and precision.

But Farkeball is made for those bowling greens, and I knew from my first glimpse of it, at Lowestoft’s Crown Meadow, that he would be all over it. I phoned him on my way home.

“Dad, you’re going to absolutely love this… it all starts off with the keeper and centre-backs. Total football. The River End is going to hate it”.

He laughed. I’m not sure if it was at the thought of some of our fellow RiverEnders going apoplectic with rage or because he thought I was (as ever) going OTT, but he saw for himself on August 13, 2017, when we watched City lose 3-1 at home to Sunderland.

A disappointing, inauspicious result perhaps, but at least the ball was being passed on the deck and there was a plan – even if it didn’t work. 2017-18, in general, was meh, but with Wes and James Maddison in the midst of that early iteration of Farkeball, it was still easy on the eye a lot of the time.

And then it started to click. The Webberlution was underway.

It was during the swashbuckling of 2018-19 that Dad first uttered the ‘best ever’ phrase and he’s stood by it ever since.

I recall sitting alongside him back in the Paul Lambert years when City were hosting Brendan Rogers’ Swansea. Those were the Swansea-ola years and they were undeniably good to watch.

From a pure footballing perspective, Swansea would play us off the pitch although, in that very Lambert way, we were still winning. But Dad approved of the way Rogers had them playing; the style initiated by Roberto Martinez. He wanted that to be us.

That it is now us and in doing so we have won two Championship trophies in the space of three seasons has made an old man unimaginably happy and proud, even if he has had to watch most of it through a TV screen with failing eyesight.

86 he may be, but in terms of pride and passion, he’s right up there with the TNC ‘watchalong’ crowd and the boys and girls of Barclay Lower, Block E.

So, yesterday my own joy unconfined was not just because my team, and my brilliant club, achieved something that’s only been achieved nine times before in its history. It was because this really lovely bloke in Bungay, with a dodgy ticker and poor eyesight, was around to witness it.

I’ll never forget that chat him and I had at five o’clock last night. Not ever.

Thank you Daniel. Thank you Stuart. Together, you’ve made an old man very very happy.