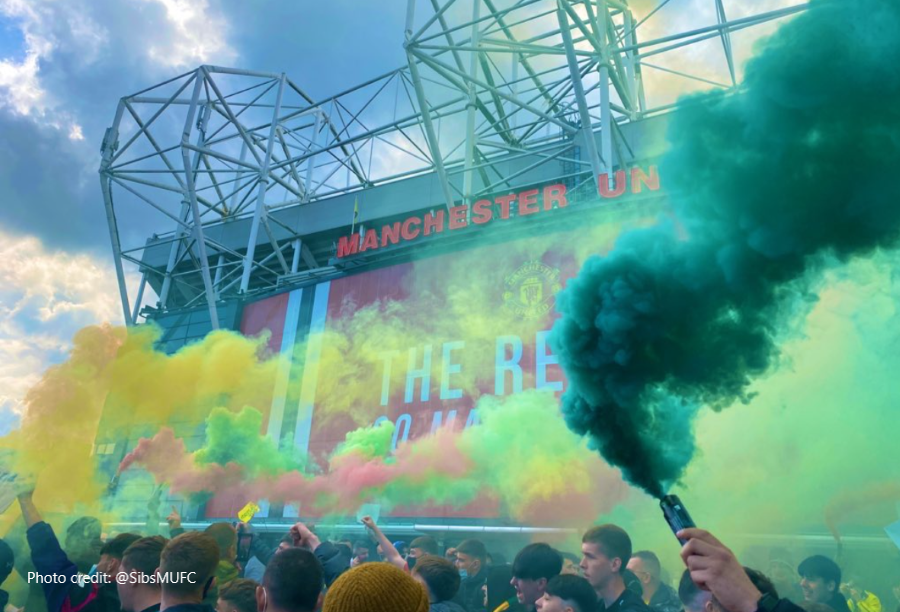 In the near 50 years since we first got to play Manchester United in my supporting career during the 1972-73 season, we’ve always been programmed to show due deference to The Busby Babes; The Biggest Club In The World.

In those days it was the twilight of the era of the great side of Bobby Charlton and the European heroes, but some of us recall their slide to Division Two, their triumphant return, their destruction of The Barclay, their expulsion (rescinded) from the Cup Winners Cup. We recall their fallow periods prior to the Ferguson era when they were just a ‘big club’.

But since the Premier League era, they’ve capitalised on all of the legends, all of the myths. Now they definitely are the biggest club in the world, up there with Real Madrid and Barcelona, sitting astride a mountain of monetisation and leveraged debt. When Stuart Webber bemoaned sending Daniel Farke to war without a gun, this is what he meant. The mighty Red Devils own more guns and bullets than is conceivable for a club like us.

And since their owners declared themselves keen to cash in further as founders of the (currently) ill-fated and short-lived European Super League, we’ve seen a fan backlash and a resurgence of the ‘Glazer out’ brigade – apparently triggered by a desire to ‘get their club back.’

Back from where? The pawn shop?

Yesterday, we saw them storm their own stadium, and successfully stop a fixture from going ahead. If you listen to the pundits at Sky TV, apparently these ‘peaceful’ scenes are meant to somehow represent all us fans in our quest to rid the game of all-consuming billionaires and return the game to us, the fans.

Well you know what? I’m not having it.

There’s much wrong with football at the moment, and much needs to change, but these people don’t speak for me, with their yellow and green scarves and a hankering for some distant heritage they’ve been happy to forget until the tiger they fed escaped its cage and started hunting them for lunch.

They’ve been happy to taunt everyone with their untouchable power and wealth. After a generation of watching them hoover up money and control, long before any Americans bought the trough, we’ve had to put up with the sense of entitlement a global army of plastic customers have around everything they do.

Whatever’s wrong with the ownership of their club, they’ve been happy to accept their club paying the biggest fees, paying the exorbitant wages and claiming the biggest slice of the cake; all while literally singing at us ‘We’re Man United, we’ll do what we want.’

You don’t speak for me.

Your behaviour doesn’t represent me.

You’re supporting everything that’s ruined football for all of the rest of us. Are you going to disown all you’ve done because it’s tainted by wealth and the power that it buys? Of course you aren’t. You were happy to feed the monster until it threatened to eat you in the same way you’ve been happy to watch it eat us.

In my supporting career, we’ve been promoted ten times, five as champions. Saturday’s title was won in a climate of a club finally trying to live within its means, but within financial circumstances designed by the likes of you to ensure there is no level playing field, no equal chance, because your game was designed to exclude us and all like us.

Our latest success is different to yours, and is miniscule, but it’s real.

I don’t want you to speak for us, because you’ve never been us. You can’t comprehend what us, or those like us, want or believe in. All we want is a chance in the rigged system you helped build for yourselves and the other billionaires.

Well here’s your choice. Walk away. Let it fail. Keep your money.

Americans don’t like failure, they’ll get the hint. Maybe they’ll find some other superpower to sell it to who’ll continue to rinse you and treat you like an inconvenience as they market your dreams to foreigners while you reap the whirlwind.

Be like the rest of us and suck up some failure and insecurity for a while. Face up to football being so blo.ody precarious you could actually be facing administration or bankruptcy. Be like us, and factor in failure as part of the cycle of existence instead of just piling up cash to insulate yourself from our reality.

You’ve almost forgotten what football is actually like for the rest of us, and yesterday showed how you don’t get it.

Well here we are again, little old us, knocking on the door, giving it our best shot, in a way we’re comfortable to call ours. We’re back. We’re Norwich City. We’ll do what WE want going forward.

We’re not scared of our authenticity.

Maybe you should try some reality for a while – football has had enough of what you want, because of the damage it’s done to the rest of us.