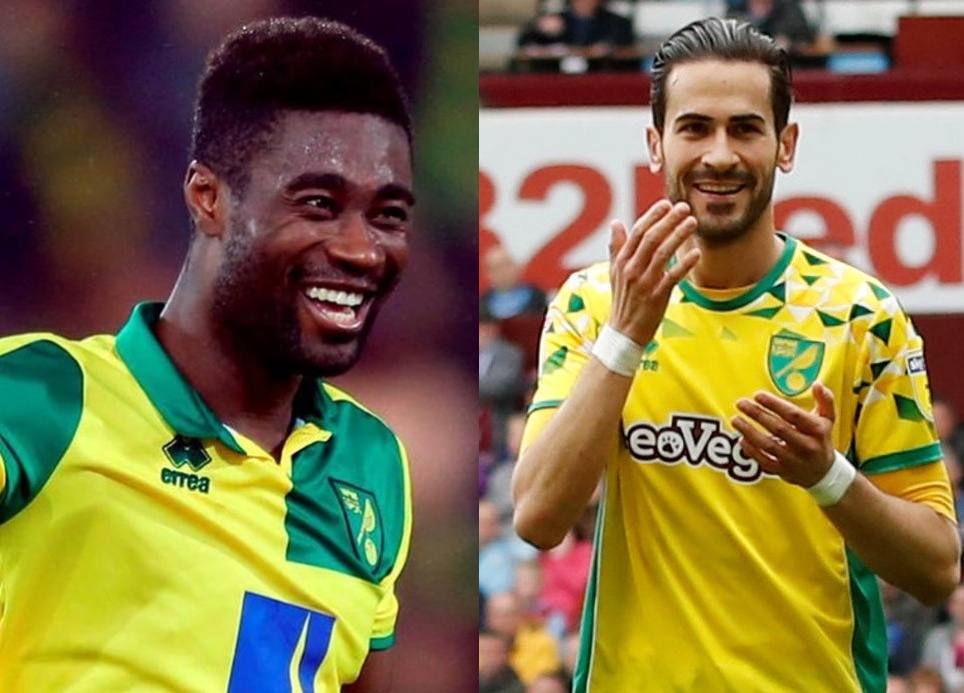 What at first appears to be an odd assortment of references to memorable occasions is actually a list, a list of things connected to the current Norwich City crop by one thing only: Alexander Tettey.

When Tettey leaves Norfolk this summer, as was confirmed by the club on Tuesday evening, Daniel Farke’s team will boast no connection to the memorable matches listed, or the managers left in the City history books. Long gone will be Wembley glory and toe-poked winners at Old Trafford, and in place will be the Premier League, a prize the Norwegian was unlikely to stick around for, given his three previous top-flight campaigns as a Canary.

That Tettey provides a link between now and then is the perfect example of what he’s become- a dependable source of quality who has risen to every task handed to him when every time his ability to do so has been questioned.

Queries over Tettey’s age had begun as far back as 2017, when recurrent knee problems and the crossing of the 30-and-over line had thrown into doubt his chances of being retained by the new regime. In fact, the idea that he would earn four years under Daniel Farke would’ve been scarcely believable in that summer of change. The 34-cap international has technical shortcomings and was tipped to struggle under a coach that prioritised ability in possession and quickly moved workman-like midfielders on. But Tettey survived.

When promotion was secured in 2019 and Tom Trybull was at the peak of his powers in the defensive midfield role, that appeared the time to move the number 27 on. But Tettey survived.

Trybull was ousted and Tettey even emerged as a player of the season contender, but come relegation many again wondered whether it was time for a refresh, which would include the Norwegian’s departure. But Farke felt he needed that experience, and that his elder statesman was a vital dressing room ingredient. Tettey survived.

But now, when the old routine had led us all to believe that perhaps another year would be added to secure the testimonial, Tettey doesn’t survive. Admittedly, it’s not in any way a brutal discarding but there must be a small part of every City fan aching that they won’t cheer Tettey on to the Carrow Road pitch again. Instead, we’re left clinging to the memories he’s provided.

The legend’s thunderbolt against Sunderland in 2014 stands out as a highlight in terms of quality, while the character moments are at the forefront of the mind when pondering Tettey as a person; the swearing in interviews, the crazy hair and beaming smile on his face during the Team Wes vs Team Russ celebration game.

Even in 2018/19, when game time had started to fade, the midfield destroyer provided us with his rocket of a half-volley at home to Preston, as well as numerous excellent performances, stretching even into this season.

Farke’s desire to have Tettey in the dressing room was also highly beneficial to Tottenham – there’s no telling just how important his advice may end up being when Oliver Skipp goes on to achieve what any City fan knows he will do. The former’s release may well increase the likelihood that the latter returns, although that’s another discussion for another day and one that will certainly be rigorously and regularly had sooner rather than later.

The 35-year-old has stood the test of time better, perhaps, than any City player before him, and will forever be remembered as a club legend.

A player for whom time was not such a friend is Mario Vrancic, the man announced to be leaving alongsideTettey, whose Norwich career came at almost exactly the wrong time.

Arriving after an uninterrupted stint in German football, the Bosnian struggled to adapt in a difficult first season in NR1, before blossoming in 2018/19 when he’d adjusted to the quirks of the English second tier. What was desperately sad for Vrancic was that almost as soon as he’d achieved this, age tempered his athleticism in another way, meaning City fans rarely saw him at the very peak of his powers.

There is, however, no doubting his ability. In terms of pure creativity, Emi Buendia remains unmatched, but the class and technique in the Vrancic left leg belongs in Barcelona (or its more modern equivalent, Manchester) and his free-kicks in an exclusive club along with Messrs Maddison and Beckham.

The moments provided by his trademark curler from the right edge of the D have been perhaps the most magnificent in the Farke era; his late equaliser against Sheffield Wednesday catalysing a Carrow Road explosion rarely bettered in recent years. His winner against Wycombe Wanderers from a similar position at the other end of the same pitch may well go forgotten because of the team performance it was part of, but that was another near-perfect set-piece from the 32-year-old.

The number 8 may not have consistently reached the heights of Tettey, but in the ‘joy to watch’ category there have few to don the yellow shirt and be more successful.

This one felt like a closer call on the club’s part, although in truth Vrancic was unhappy with his bit-part role and is keen to see out his career playing as much football as he can. A prime example of the players Norwich City have been all about since the start of Farke’s tenure, the suave midfielder is unlikely to be forgotten in a hurry.

Tribute must also be payed to Xavi Quintilla, who will not remain in Norfolk following Saturday’s curtain call at Barnsley, while the club did technically wave goodbye to Oliver Skipp, but a tongue-in-cheek comment from Stuart Webber kept hopes alive: “We’d of course love to work with him in the future.”

As the squad shapes up for the 2021/22 season, it’s clear to see that the all-change machine will keep rolling on without sentiment, and two heroes may have gone, but there’ll be a hell of a lot more at Carrow Road should Premier League survival be secured.