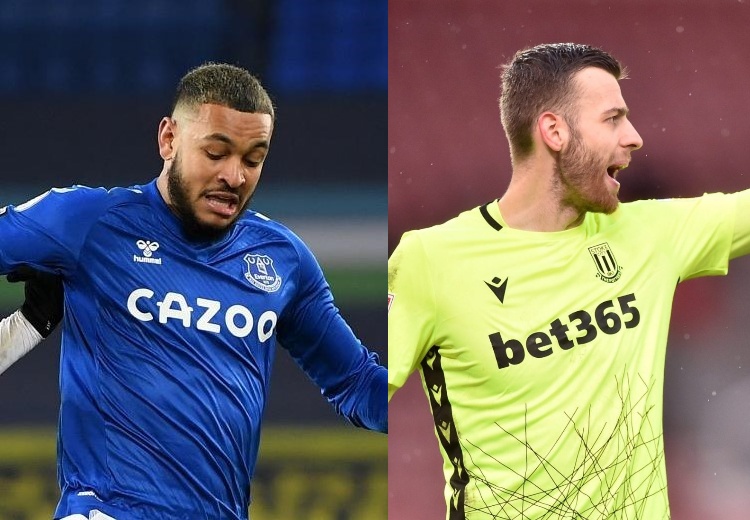 As City enter their most important summer in recent times, strong recruitment is at the top of the success criteria. So where do the club see their priorities in the transfer market, and are they correct in their assessment?

Strength and physicality in midfield

When Stuart Webber conducted his assessment of where things had gone wrong in 2019/20, a lack of athleticism was the main diagnosis. City’s technical quality was still high, but an elite level of strength and physicality was the basis from which top Premier League teams out did the Canaries.

The replacement of Tom Trybull with Jacob Sorensen was designed to boost the physicality in the squad, but the Dane’s underwhelming opening campaign has cast in to doubt his ability to do so next season, leaving a hole for Webber to fill.

The midfield options Norwich have already been touted with have had a physical advantage over the current crop, and an increase in average stature this summer seems inevitable. Webber may well be correct in his assessment, but whether the balance can be struck between adding physicality and maintaining Daniel Farke’s trademark style remains to be seen.

Signalled by the singing of Ralf Fahrmann two years ago, Michael McGovern isn’t trusted by the club as a Premier League second choice. The Irishman recently signed a new two-year deal but will be involved with coaching as he sees out his playing career.

With Orjan Nyland’s short-term deal coming to an end and prospects of a renewal looking slimmer and slimmer, a replacement will need to be found. As reported by the Eastern Daily Press, ex-loanee Angus Gunn is an option the club have discussed, along with Brighton reserve Christian Walton, who will leave the Seagulls next month when his contract is up.

Gunn would certainly be the more expensive of the two, even in the case of another loan, but is a higher quality option and will be a more able replacement when Tim Krul’s City career inevitably comes to an end. Whether the Under-21 international would be happy to spend his mid-twenties waiting around for Krul to retire is another matter.

There’s no debating the need for another goalkeeper at Carrow Road, and the new financial parameters Webber finds himself working within may be the difference between a makeshift number two on a free and a genuinely trustworthy competition provider.

After two years of looking past his best, time may be up for Marco Stiepermann in NR1. Doubt in his ability provided by his poor 2019/20 performance has been compounded by a difficult 2020/21 for the German, a total three-goal involvements highlighting the rarity of his contributions.

Kieran Dowell’s impressive end-of-season form has provided hope for the number 10 position, but to trust that the 23-year-old will retain fitness and form all season long would be naive. An attacking midfielder to challenge Dowell should therefore be forefront in Webber’s mind this summer.

While starting eleven improvement will be the priority going into the Premier League, City’s previous struggles have highlighted the importance of squad depth, and no position needs it more than this one.

Not a new striker

The most notable omission from the City shopping list is a new striker. Webber believes that the current trio of Teemu Pukki, Adam Idah and Jordan Hugill comprises enough firepower for Premier League survival, despite the calls of many fans for a centre forward to be added.

Pukki’s dry patch of 2020 provides of course the main fuel for this particular fire, while Idah and Hugill’s combined eight goals this term have not helped.

Admittedly, Hugill’s understudy role was rarely reprised in a 26-goal season for his Finnish teammate, and injury problems hampered Idah, but neither has as much top-level goalscoring pedigree as Josip Drmic, and any City fan knows what reliable backup he provided. It’s interesting to note that Drmic has been in top form recently for loan club Rijeka, scoring seven times in his last ten appearances.

There is now versatility in the striking ranks; Pukki as a clever mover and intelligent linker of play, Hugill as a physical presence and Idah as a direct runner; but Webber may well be left with egg on his face should the unproven trio fail to score the required goals.

Emi Buendia’s new found goalscoring abilities, should he stay at Carrow Road, may well be the difference between the measly 26 goals produced last time round and enough to secure safety.

But a winger who can play up front

The club are looking for a winger who can provide cover in forward areas. The depth City have in these areas (Todd Cantwell, Buendia, Przemyslaw Placheta, Onel Hernandez, Josh Martin and Danel Sinani) suggests quality is more of an issue than quantity in Webber’s mind, a justified worry given the limited contributions particularly of Placheta and Hernandez last season.

Sinani was always going to be a gamble, and his five-goal contributions on loan in the Belgian top-flight have done little for the argument that he’s of Premier League quality. Instead, City will look to add this summer, with departures on the cards for the likes of Hernandez and, likely on loan deals, Martin and Placheta.

Everton’s soon-to-be free agent Joshua King has been discussed as a possibility, although a hefty signing-on fee and a large wage stand between the Canaries and the ex-Bournemouth attacker. MyFootballWriter understands the club’s interest in the Norwegian to be fairly serious, although any potential move is in its infancy at present.

One of the most discussed requirements this summer is for City to lose the sentimentality that held them back in 2019, and the wing may unfortunately be an area where this needs to happen.

A centre-back (or a few)

Besides central midfield, where most of the ‘strong and physical’ players will be recruited, central defence is the area in which Farke’s squad is most thinly spread.

There’s no intention for Timm Klose to play for City again despite him still technically being on the books, while injury has required 18-year-old Andrew Omobamidele’s introduction to see out the campaign. Question marks over Christoph Zimmermann’s quality have compounded the issue, leaving room for potentially two new recruits in the heart of defence.

Ben Gibson, although a summer signing given the change from his loan into a permanent deal, will not be included as one of these two. Celtic’s Kristoffer Ajer is a name the club is familiar with, although interest has cooled and the 23-year-old is reportedly closing on a switch to Newcastle United.

Go Ahead Eagles centre-back Sam Beukema was also a target, but he made the switch to AZ Alkmaar before a move to Norfolk could even be discussed.

Good central defenders that fit into a system such as Farke’s come at a premium in this day and age, and it would be of little shock if City’s most expensive acquisition was made in this area. This is, however, an area that clearly needs to be strengthened.