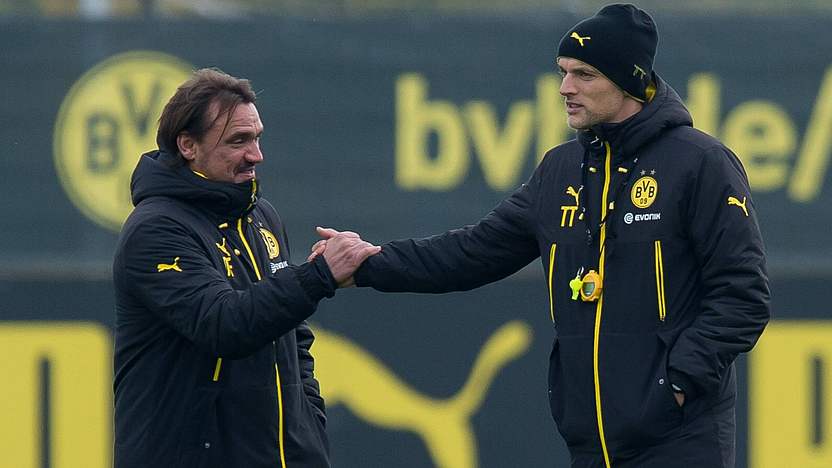 As European finals go, last night’s was a good one and regardless of what any of us think about the way Man City and Chelsea have acquired their footballing might, there was a pleasing to and fro to the game that’s not always the case in major finals.

As a spectacle, it trumped the ‘richest game in football’ – aka the Championship play-off final – because on the day, Brentford did pretty much to Swansea what City did to Middlesbrough in 2015, which was to blow them away inside the opening 20 minutes. I say 20, City did it in 15, but that’d be splitting hairs, right?

In terms of quality, it was a no-contest at Wembley as Swansea never really turned up and Brentford had a fairly comfortable afternoon, whereas in Porto it did have the feel of two heavyweights going toe-to-toe.

In the end, it was the team that decided to go old-school and play a defensive midfielder and a striker that triumphed over the hipsters who thought that fielding a midfield of attacking players and no strikers would still be enough to win the biggest footballing prize in Europe.

Pep Guardiola, for all his assumed brilliance, has been accused in the past of overthinking and overcomplicating things, and this was almost certainly one of those. He has, of course, had success for most of the season with playing a false 9 and no out-and-out striker, but usually with the ballast of either Rodri or Fernandinho at the base of the midfield. This felt like showboating.

With the benefit of hindsight, it looks a crazy decision, but it also looked odd before a ball had been kicked. Pep would obviously have been lauded as a genius if it had come off, but it didn’t and to think he could just outplay Chelsea and starve them of the ball smacked of more than a little arrogance.

Thomas Tuchel, by contrast, adopted a clear-thinking, not overly complicated approach that we, as City fans, have become familiar with: one where every player has a clearly defined role within the team structure and, importantly, every player appreciates not only their own role but the specific roles of others.

And while Chelsea may have had to endure long spells of Man City pressure, they neither wilted nor allowed them a clear sight of Édouard Mendy’s goal. It was a defensive effort of Carrow Road, 14 September 2019 proportions, with Werner, Mount and Havertz playing the roles of Pukki, Cantwell and Buendia.

Both conjured up the image of a chin-stroking, nonplussed Pep. Memories eh?

But, as I alluded to earlier, there is always the overriding notion that both teams – funded to the hilt by their respective owners – have achieved what they have achieved through means inconsistent with the ethos of UEFA’s flawed Financial Fair Play.

Owners who have chosen the Sky Blues of Manchester and the Blues of West London as their respective playthings have taken their clubs and their fans on unforgettable journeys – and those fans care not one jot – but let’s not pretend these are fairytales.

“A possible new name on the Champions League trophy” was BT Sport’s attempt to play up Man City’s chances, but they will win one eventually as long as Abu Dhabi’s Sheikh Mansour holds the purse strings, in the same way, PSG will one day win it, assuming they remain the property of the state of Qatar.

So, Chelsea fans, celebrate as if your lives depend on it but let’s not forget you’re celebrating the winning of a competition that your owner, if he had his way, would not even have you participating in. In fact, if the European Super League hadn’t been quashed in the space of 48 hours, you may have been excluded from this season’s.

(Sorry… had to get that off my chest).

But still, it shouldn’t detract from a good Chelsea performance, overseen by a manager who has done the hard yards in the lower echelons of German football in order to get this opportunity and played out by players who have no say, bearing or interest in from where and how their club is funded. And those Blues’ supporters, many of whom will have been there pre-Ken Bates when the club dropped into the second tier, support the football club, not the PLC.

That Daniel Farke and Thomas Tuchel crossed paths at Borussia Dortmund also adds a nice symmetry from a Norwich City perspective, as does the fact we are now almost certain to be playing Chelsea away on the opening day of next season. If you weren’t aware, the fixture computer is programmed to pitch City away against any English European champions on the opening day of any given season, so brace yourselves.

So well done to Chelsea and Brentford. Both successes were hard-earned and well deserved, and we’ll see you both next season. Just spare a thought right now for Fulham and QPR supporters.

Finally… a message to Ivan Toney, who I hope has finally accepted that Brentford can’t catch City this season. But, Ivan, you’ll have another crack at it starting in August. We’ll see you then.