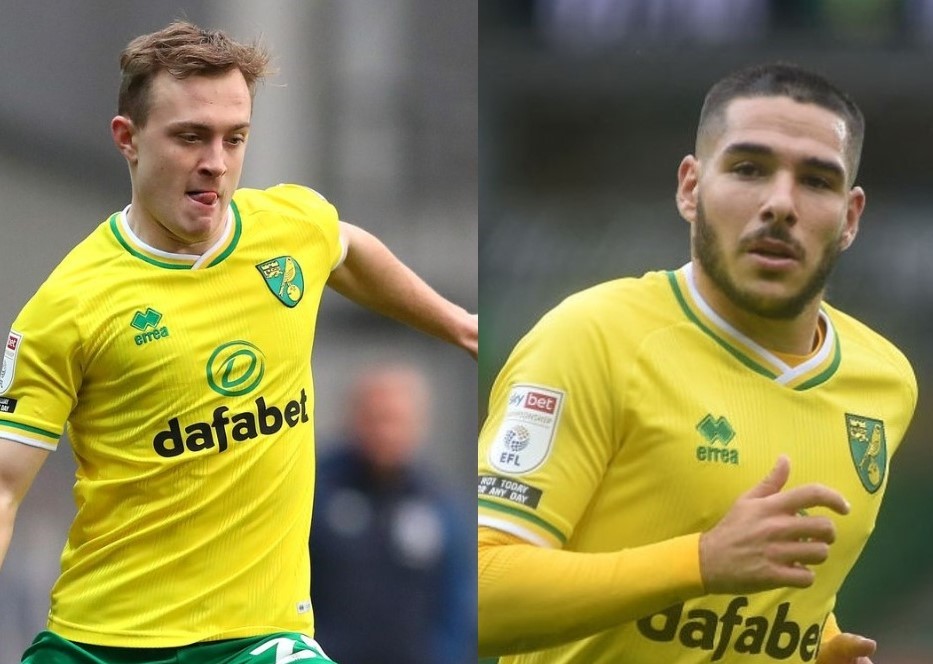 City could buy Ollie Skipp and keep Emi Buendia. It might need some juggling, but they could achieve it. But will they?

On the flip side, losing Emi and Skippy would affect 90% of our output.

By contrast, I bet that if Brentford buy two players they could improve 90% of their output. Keep their best and add the quality. As things stand, City look like they might be going the other way.

I bet, for example, Brentford won’t be entertaining £40m bids for Ivan Toney.

Daniel Farke’s preferred 4-2-3-1 is complicated. This latest promotion was the evolution of four years of the squad learning and adapting to that formation and the philosophy that accompanies it. To remove the defensive and attacking lynchpins from that system could, in my view, be suicidal.

I personally value Skipp so much, I’d pay/swap him £ for £ what Spurs would agree to with Max Aarons going the other way. With the greatest respect to Max, he’s a replaceable fullback; a plug and play position.

Skipp’s partner in midfield, Kenny McLean, could be out for months and apart from Lukas Rupp, there is no other midfielder that knows the complexities of DF’s system.

I’ve alluded to four years of learning and tinkering, so this issue is incredibly important, and it’s not just about Skipp. It’s also about the time it takes to learn what Farke wants from Skippy’s replacement. And hitting the ground running in the Premier League is so important.

Buendia is a world-class player and is almost the exclusive reason why we score any goals at all. Norwich generally score their goals from quick counters or they score from complete attacking overloads. There’s rarely middle ground, like scoring headed goals from set-pieces or from deep-lying midfielders, who score hardly any goals at all.

If you lose Emi, you lose a style of goal scoring that has become fundamental to our entire attack, and you also lose 50% of the effectiveness of Teemu Pukki.

The culmination of this brilliant season might be bittersweet because I actually think that Max, maybe even Todd Cantwell, may need to be sold so that the evolution can continue and City survive next season…. because selling both could mean Skipp and Emi staying.

Those two, for me, are the lynchpins, even if it’s only for one more season before they move on to bigger clubs. Buy Stefan Johanson, bid for Matheus Klich, find an alternative to Pukki but, above all, invest, without losing our two most important, crucial, intrinsic players.

This is the squad to establish ourselves long term in the Premier League. Skipp and Buendia are the standard to build from, not to try and replace.

This is our time.