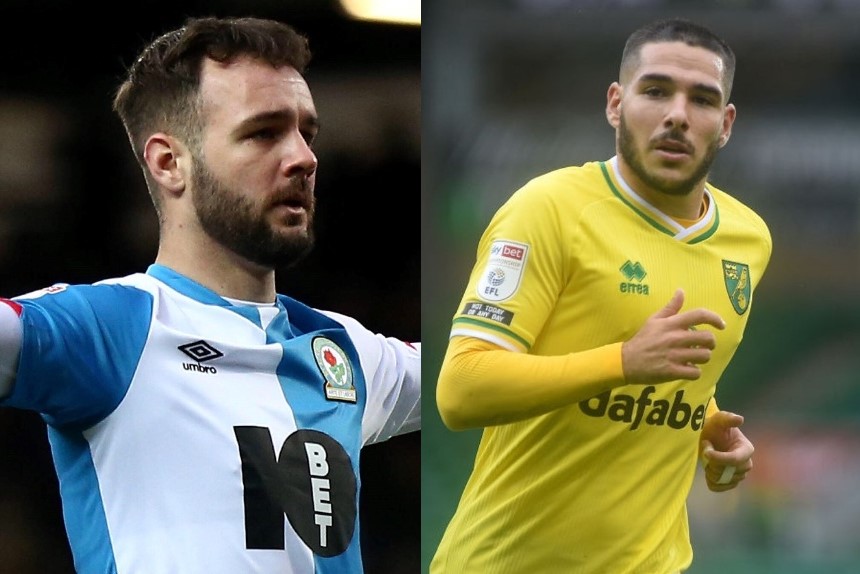 With promotion sealed and pre-season weeks away, the focus has well and truly turned to transfers for Stuart Webber. Here are the key stories as Norwich City’s transfer operations start to hot up.

Armstrong on the radar

One of Webber’s potential options is Blackburn attacker Adam Armstrong, who MyFootballWriter understands, following reports from The Telegraph, to be on the City radar.

The 24-year-old is in the final year of his contract at Ewood Park, and with Webber looking for a player that can provide cover both out wide and up front, the Canaries may help themselves to a cut-price deal.

City’s hopes of landing the former youth international will depend on his desire to be used out wide or as a backup, with main man Teemu Pukki the starting forward regardless of any transfer business in Daniel Farke’s eyes.

Krunic not a target

Norwich are looking for midfielders but AC Milan’s Rade Krunic is not on their list of targets, MyFootballWriter understands.

The Bosnian’s agent had linked his client with a move to NR1 in a recent interview, stating that “one of the clubs most interested in Krunic is Norwich City,” but these claims are understood to be wide of the mark.

The 27-year-old international has been part of an excellent season for Milan, helping them to second place in Serie A, but game time has become an issue for the ex-Empoli man, who started just five league matches last term.

Buendia interest firm but no official bids yet

Emi Buendia remains a target for Aston Villa and Arsenal, but no concrete bid has been submitted.

The Argentine has been the subject of speculation for months, the Gunners’ interest reported in January but never evidenced with an offer. A similar situation seems to be developing this summer, with Aston Villa another linked club whose interest is thought to be genuine.

Reports had suggested that bids had been made and discussions were ongoing, reports that were, according to the Eastern Daily Press, wide of the mark.

Any deal struck for Buendia or teammates Max Aarons and Todd Cantwell will be club record sales, the club valuing their number 17 at £40million, with the belief that he could’ve earned them £50million had the Covid-19 crisis not devastated the market.

Buendia is currently on international duty with Argentina, but failed to make the bench for their World Cup qualifier against Chile.

Clarke likely to become a Canary but deal not yet sealed

Peterborough United youngster Flynn Clarke is the top priority for City’s academy recruitment team, but MyFootballWriter understands that the completion of his transfer isn’t as close as is being reported.

The 18-year-old declined to sign an extension on his one-year contract with Posh, meaning he was automatically transfer listed this summer. This has opened the door to a potential move to Norwich, a move which was scuppered in January when the Canaries made a bid that was, according to Peterborough co-owner Darragh MacAnthony, “derisory.”

Clarke is, however, poised to become a City player this summer, although he’ll join up with David Wright’s under-23s upon arrival.

King no longer a target as City pursue other attacking options

Free agent Joshua King will not be heading to Carrow Road this summer despite previous interest, as reported by Stuart Hodge.

The former Bournemouth attacker, whose contract at Everton will come to an end this summer, was being tracked by the City recruitment team, but they’ve set their sights elsewhere.

Wages and a potentially large sign-on fee were always issues in the way of a potential deal for the 29-year-old, who failed to score in 11 Premier League substitute appearances since moving to Goodison Park in January.