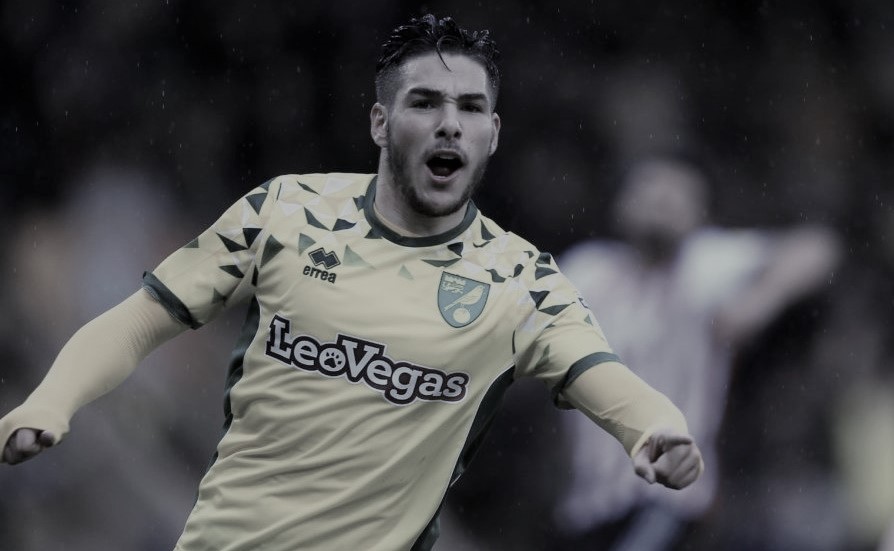 My Saturday morning of June 5 started as such mornings often do, with a quick walk to the local shop to buy a newspaper and have a chat about football with David behind the counter, a lifelong Arsenal fan and a very knowledgeable guy who has helped MFW with a match preview or two in the recent past.

Saturday’s topic? Emi Buendia of course. David said he’d love him at his club but thought their lack of immediate European football to offer would hinder their attempts to sign him. We parted by agreeing that it would be great for all concerned, particularly Emi himself, if he went to Atletico Madrid.

After a bit of dog walking and watching a bit of the Test Match it was time to meet MFW regular and occasional guest blogger Alex Alexander, who was enjoying a staycation in Mundesley with his family. Sue and I thoroughly enjoyed having a laugh at Alex’s anecdotes [and some of our own] and the beer at The Ship was as excellent as the weather.

Football-wise who did we mainly discuss? Yes, Emi. Alex remarked on Daniel Farke’s managerial ability to talk him into sticking around for that marvellous, barnstorming Championship winning season that has only just ended. Like David earlier we both agreed that the Atleti would be a thoroughly good destination for him – as would any other Champions League club for that matter.

When we returned home a few minutes later I checked my mail – NOOO! from Alex as he revealed Emi was about to join Villa.

I checked it out and as soon as I saw Paddy Davitt’s #No Circus  tag I knew it was all too real. My first reaction was: Villa???

However having had the opportunity to digest the aftermath of the unofficial announcement it does kind of make sense.

Villa are one of those clubs that I have neither liking for or hatred of. Dean Smith [with a bit of help from his Argentinian keeper Emiliano Martinez] has done a good job in persuading our Che to join his compatriot in Birmingham. Villa are ambitious, they are on the up and their financial backing is immense, even by Premier League reckoning.

Maybe most of us were hoping for Emi to move to a *ready to go* Champions League outfit but it didn’t happen. We have to accept that and Emi has made his choice and I personally hope he prospers by it. It may be a stepping stone to greater things to come and Stuart Webber has apparently inserted a sell-on clause as part of the deal. That will mean his *£40 million* valuation should be met, eventually.

Gary’s fine article yesterday and the equally excellent comments from our readers on it show that this sale has really rocked the boat. HMS Pi$$ the League has been replaced by *how can we keep the old boat afloat* ideology. And quite rightly so.

Everybody’s opinion is equally valid so I’ll endeavour to add a few of my own and, yes, I can see both sides of this particular debate.

Why don’t we have owners like Villa? We all know the answer to that but when we lose possibly the finest player ever to have worn the yellow and green our faith in self-sustainability takes a big hit. It would do, that’s perfectly natural.

We can imagine Delia and Michael enjoyed their Sunday luncheon as I’m sure they always strive to do. But the nagging doubts about their *stewardship* are creeping back into the minds of the plebs as in: how can Villa be so far superior to us in a competitive sense?

Some people expect Stuart Webber to quickly unveil a suitable replacement for Emi. This will not happen simply because nobody can directly replace him and certainly not somebody we can pick up for about £8 million, which is likely to be our ceiling.

Then Max Aarons will go and our entire right flank has disappeared. That will happen for sure as, allegedly, Max has the same gentleman’s agreement as Emi as in: stick around, get us promoted, and then when your agreed release clause is met you can go with our blessing.

If there is somebody within the academy or shadow squad who can replace Emi or Max I’m not aware of them. Bali Mumba and Josh Martin were not exactly overused in the Championship, now were they?

Other folk might well claim that the price [I’ll stick with £33 million and a good sell-on cut] is great for business. Some of these folks will naively expect all of this money to be spent on players. Ha!  Get real – that ain’t happening.

So the departure of Emi Buendia was always inevitable and we could never have realistically found a way of keeping him. If you love somebody set them free as the song goes.

The timing is awkward from a supporters’ point of view in that Villa’s hand was bitten off for a very early sale. That is the part that I like the least, to be honest. Three days before the window opens and Emi is gone. We all know Webber has to be cynical and rarely blame him for it generally but this is a bit much tbh.

Let’s see who he comes up with, I hear you say.

Of course, I shall do that as well and hope for the best. Something tells me I won’t have heard of many of our new recruits. A Maddison, a Godfrey or a Buendia are not available all the time.

Talk about the wind being taken from the sails. And no, I’m not referring to Mundesley beach.